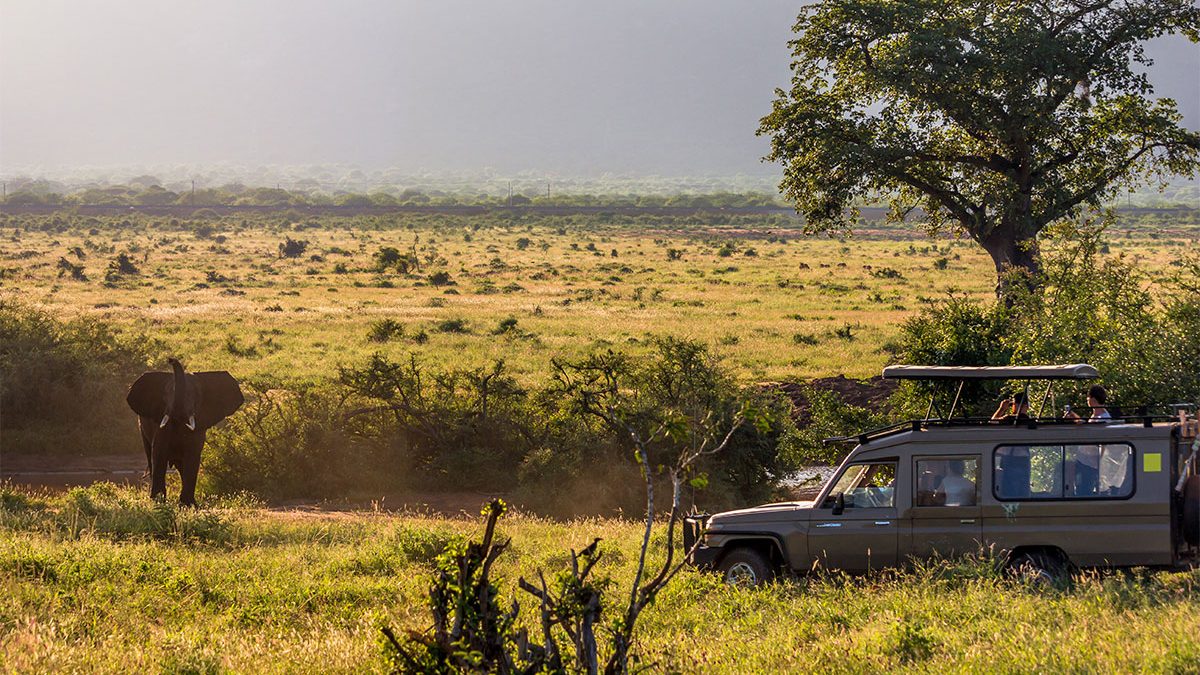 Tsavo East & Tsavo West used to be one park in the early days before they were separated.

“Land of Lava, Springs, Man-Eaters & Magical Sunsets” From the sight of fifty million gallons of crystal clear water gushing out of from the under parched lava rock that is the Mzima Springs  to the Shetani  lava flows, Tsavo West is a beautiful, rugged wilderness. The savannah ecosystem comprises of open grasslands, scrublands, and Acacia woodlands, belts of riverine vegetation and rocky ridges including the Poacher’s Lookout where visitors can see the teeming herds in the plains below. Tsavo West offers some of the most magnificent game viewing in the world and attractions include elephant, rhino, Hippos, lions, cheetah, leopards, Buffalos, diverse plant and bird species including the threatened corncrake and near threatened Basra Reed Warbler.

You will be picked from Nairobi and drive to Tsavo west for overnight and a short game drive if time allows.

After lazily breakfast drive back to Nairobi for your out bound flight or for overnight flight. Contact Great Adventure Safaris to book 4 Days safari to Tsavo west National park for a life time experience with the big five.