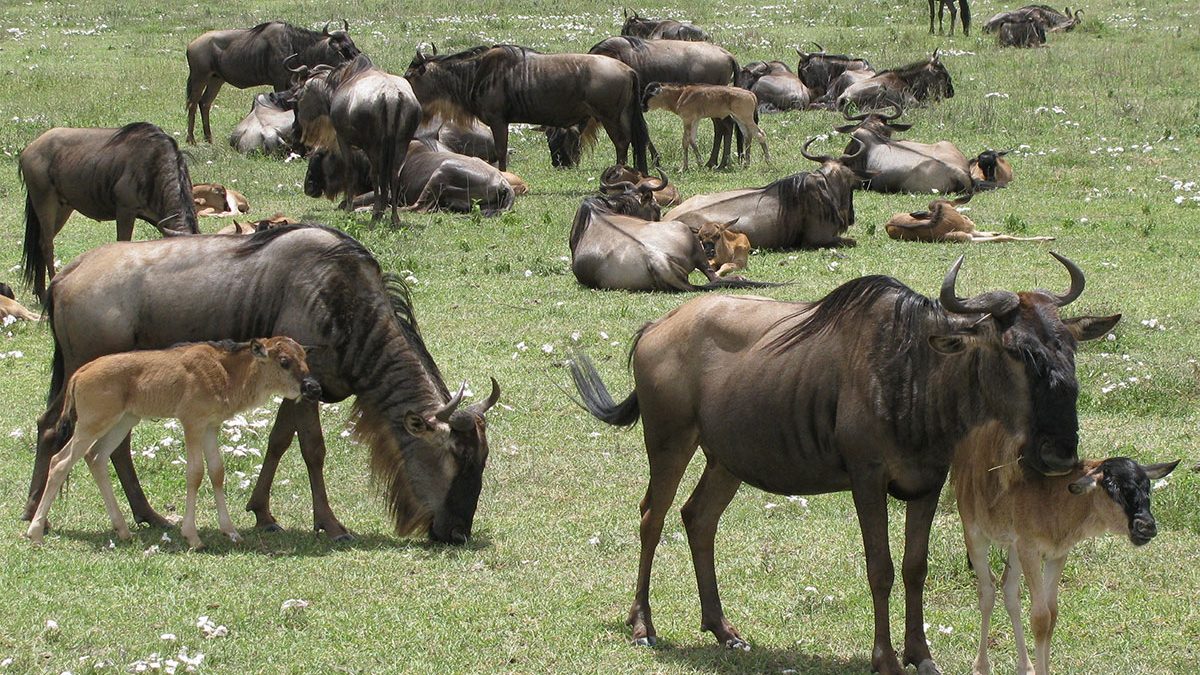 Upon arrival at Kilimanjaro international airport, you will be picked up by our guide and transfer to Arusha for overnight and relaxation, we recommend arriving in Tanzania early enough to change money and do some shopping for the safari

Day 2: Drive to the Ndutu area in the northwestern Ngorongoro conservation area

After morning breakfast you will do a short city tour of Arusha and later drive to the Ndutu area for a short evening game drive in the Ndutu plains in Tanzania, the rich Ndutu area is one of the top area areas to witness the great wildebeest migration from November to March when large numbers of wildlife concentrate at the area.

Day 3: Game dives in the Ndutu area in Tanzania

After early morning breakfast, you will take a morning game drive in the open plains in search of cats like lions, cheetah, and leopards with other  wildlife in the area and the calving of wildebeest and this is an action-packed safari area in Tanzania

After early morning breakfast, you drive to the Ngorongoro crater in search of the endangered black Rhinos and the abundant wildlife in the crater attracted by the presence of water

Day 7: Drive to Arusha for your outbound flights