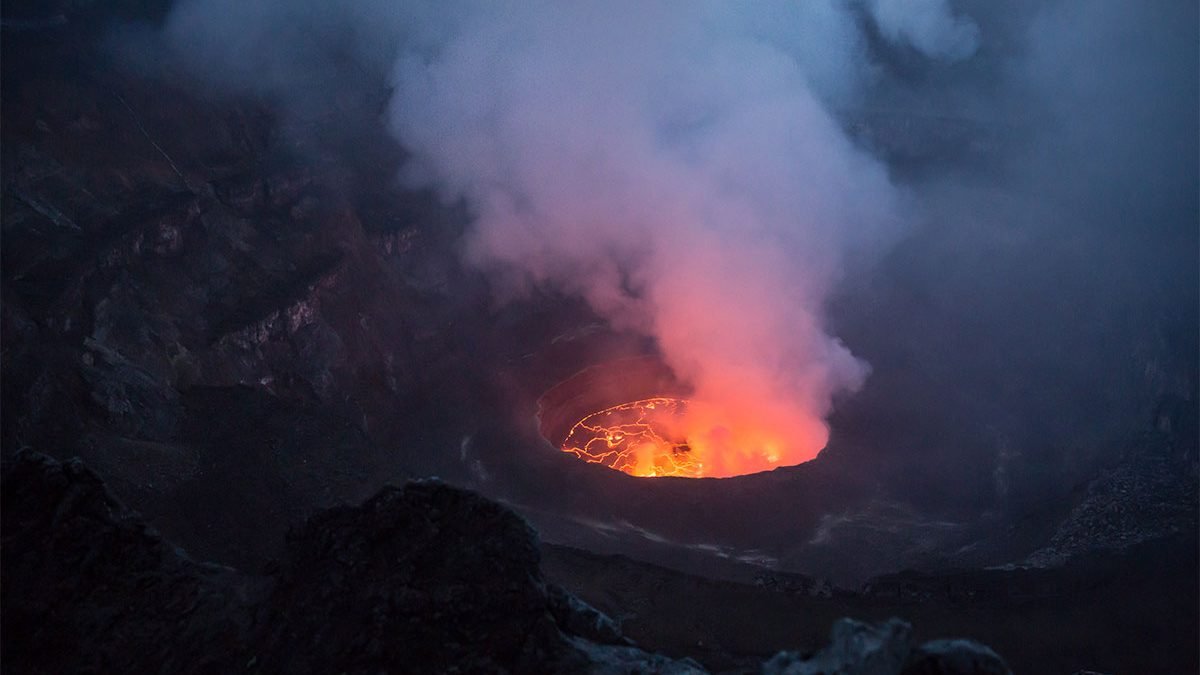 Gorilla trekking is the main tourism activity in Congo and Virunga counts amongst the four national parks with the surviving mountain gorilla population. The park consists of eight gorilla families all of which are available for trekking with Kabirizi being the largest group with 32 individual gorillas while others include; Rugendo, Manyaga, Mapuwa, Lulengo among others.

Trekking gorillas is so interesting that the activity starts in the morning, with a briefing of guests before they are split in to group of eight members per group per family, this treks can take an average time range of about 30mins to 6 hours for a trek depending on the location of the group.

Chimp Habituation is also one of the activities in Virunga National park. This was introduced by zoologist frunkfirt, this will give clients an opportunity to participate in making the chimpanzees accustomed to human beings.  However this habituation process is limited 4 clients per group.

The dense vegetation, Virunga National park contains several trails leading to different directions and sites within the park which promotes incredible nature walks along which there are great encounters of wildlife including monkeys, elephants, buffaloes, Duikers in the forest.

Congo is an amazingly undiscovered destination for birding. Among the unique offerings, Congo affords participants the opportunity to see the attractive list of bird species recorded in the country(Democratic Republic of Congo) whose avifauna consists of 1185 species, of which are endemic, Thirty-two species are globally threatened. This country has the greatest avian biodiversity of any African country. Contact Great Adventure Safaris to book any activities and attractions in Virunga National park in DR. Congo Africa