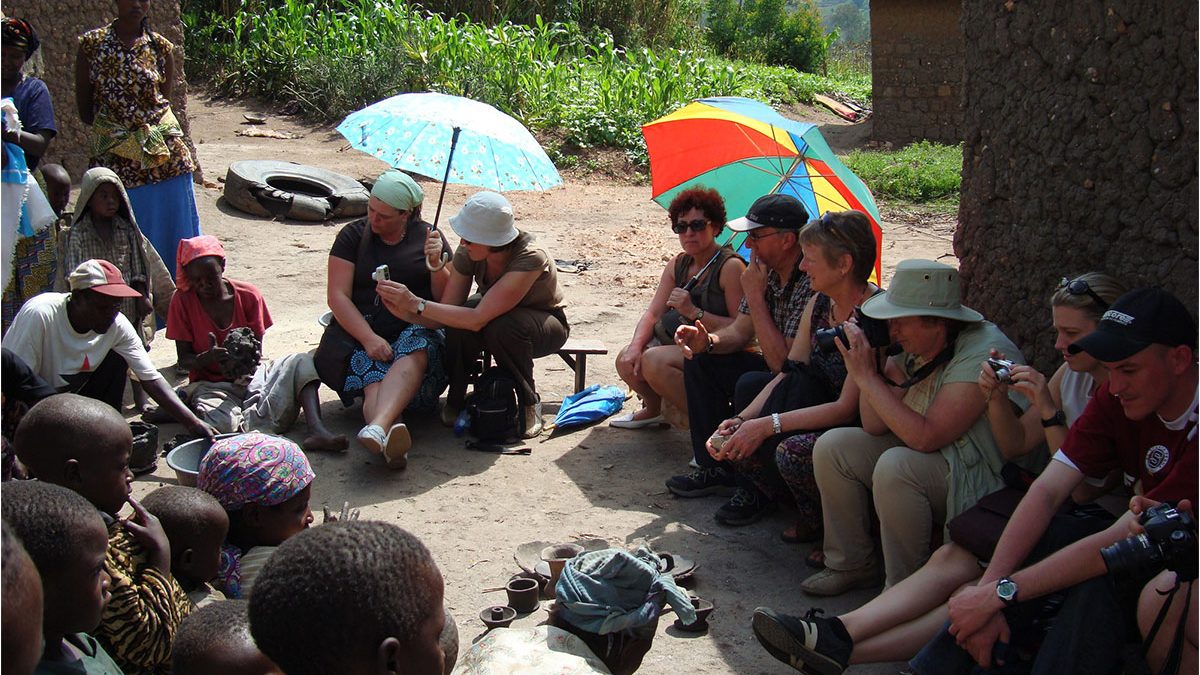 Batwa trail experience in Mgahinga National Park – Who are the Batwa Pygmies?

Batwa trail experience in Mgahinga National park – Are you looking for an adventure with the Batwa pygmy people in mgahinga gorilla national park please contact our team of reservations In Uganda will help you organize a fantastic trip.

Mgahinga Gorilla National Park was established in 1991 in an area that used to be a game reserve between the 1930s and 1950, but was partly converted to crop fields in lower altitudes. Biological surveys were initiated in 1989, wire traps destroyed, rangers trained and trees planted.

Mgahinga Gorilla National Park sits high in the clouds, at an altitude of between 2,227m and 4,127m. As its name suggests, it was created to protect the rare mountain gorillas that inhabit its dense forests, and it is also an important habitat for the endangered golden monkey.

As well as being important for wildlife, the park also has a huge cultural significance, in particular for the indigenous Batwa pygmies. This tribe of hunter-gatherers was the forest’s “first people”, and their ancient knowledge of its secrets remains unrivalled.

The Batwa Trail leads from the base of Muhavura Cave. The walk is a living museum where you can learn about the Batwa People, a pygmoid tribe that used to live in the Mgahinga National Park. These people were hunter-gatherers and fierce warriors who depended on the forest for shelter, food and medicine. In creating the Mgahinga National Park, these people were forced out of the park and rehabilitated in the villages that surround the park.

This walk is conducted by Batwa guides who provide insights into their traditional forest life and culture. The Batwa demonstrate their past hunting techniques; ways of gathering honey. The guides will point out the medicinal plants that were used and demonstrate how to make bamboo cups. Guests are finally invited to the sacred Ngarama Cave, once home to the Batwa King. The women of the community perform a cultural dance and you can participate in their dance.

Mgahinga’s most striking features are its three conical, extinct volcanoes, part of the spectacular Virunga Range that lies along the border region of Uganda, Congo and Rwanda. Mgahinga forms part of the much larger Virunga Conservation Area which includes adjacent parks in these countries. The volcanoes’ slopes contain various ecosystems and are biologically diverse, and their peaks provide a striking backdrop to this gorgeous scenery.

Please contact Great Adventure Safaris team for reservation and more information about Batwa trail experience in Mgahinga National park and can be combined with gorilla tracking in Mgahinga as well.