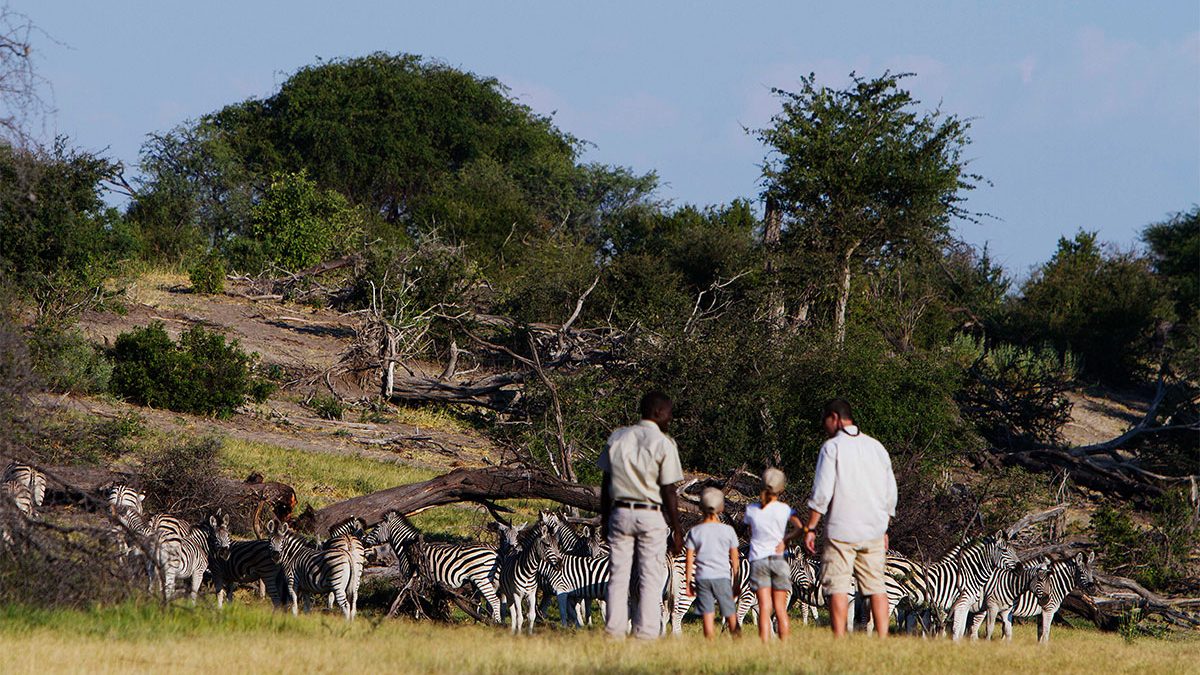 In the middle of the dry savannah biome of north-eastern Botswana lies the world’s largest salt pan. The remains of the formerly active inland sea, Lake Makgadikgadi, have created a series of salt pans that are collectively known as Makgadikgadi Pan.

Surrounded by the Kalahari Desert, the pans only enjoy a seasonal sprout of water and grass which attracts an interesting crowd of animals and birds. The only plant life in the desert area is a thin layer of algae that covers the salty sands. The arid grounds are covered in grassland and decorated by ancient baobab trees.

For a Botswana safari near the Makgadikgadi Pan, browse through the lodges and safari packages specially designed by Siyabona to ensure that your vacation in Botswana is made easy and remains unforgettable for many safaris to come.

What to do in the Makgadikgadi Pan

During the wet season, wildlife is more abundant making safari activities such as day and night game drives and guided walking safaris popular activities. Experience the traditional Bushmen lifestyle as you interact with the locals, and enjoy casual bird watching that includes spectacular views of the large Flamingo population.

As the vegetation dries up and the rain becomes less frequent, safari-goers start exploring the salt pans on quad bike safaris. The beauty of the Makgadikgadi Pan lies in the arid salt plains and interactive walks are a good way to explore the region at your own leisure and for keen photographers to capture the landscapes in their natural splendour.

Kubu Island, near Jacks Camp This outcrop of granite rock near the shores of Sowa Pan is about 1km in length and its slopes are lined with a myriad of pebbles. The island is a national monument and can be reach with a 4×4 or a Quad Bike expedition. Enjoy peaceful nights under the stars as you make the granite boulders your bed on a camping safari in Botswana.

Local communities have come together to manage this community-based project in Botswana. Bird life is increased in the rainy season as thousands of flamingos, pelicans, ducks and geese flock to the area. In addition to the birds, the sanctuary is also home to some game species.

This national park in Botswana shares a border with Makgadikgadi Pans National Park. The Nxai Pan is one of the fossil lakebeds that make up the Makgadikgadi Pans. While game viewing on the 4×4 trails of the park, it is possible to spot animals like Lion, Giraffe, Kudu, Springbok, Ostrich and Jackal.

How to get there

The easiest way to get to the park is to fly by chartered plane to the airstrip at one of the lodges on the western boundary of the park. All lodges are quite far from the actual pans, but there are some campsites for mobile safaris closer to the pans

Makgadikgadi Pans NP is located 162km/100mi east of Maun. The park can be reached on a self-drive safari, an organized mobile safari

During the dry season, in the months from May to October, the surface of the pan, as it is drenched under the rays of the sun, turns into an expanse of salt and sand; with the passing of months the vegetation, especially in the Eastern part, is dried and the grass of the grasslands is yellow.The immensity of the huge expanse of salt and its desolation give indescribable emotions.

During this time, it is easier to drive in the park, as the slopes are dry and the risk of remaining trapped in the mud is minimized, especially in the advanced dry season

The Makgadikgadi Pans National Park during the rainy season

During the rainy season, from November to April, the meadows become lush, attracting herds of herbivores, that from the Boteti River move Eastward to get here, some instead move North to the Nxai National Park.If the rains are abundant, the salty surface of the pan spreads, transforming it into a mirror of water reflecting, right like a mirror, the sky.

This is the best time to spot the animals in this area of the park, but is the time when it is practically impossible to drive because the slopes are covered with water and the salty surface becomes very slippery