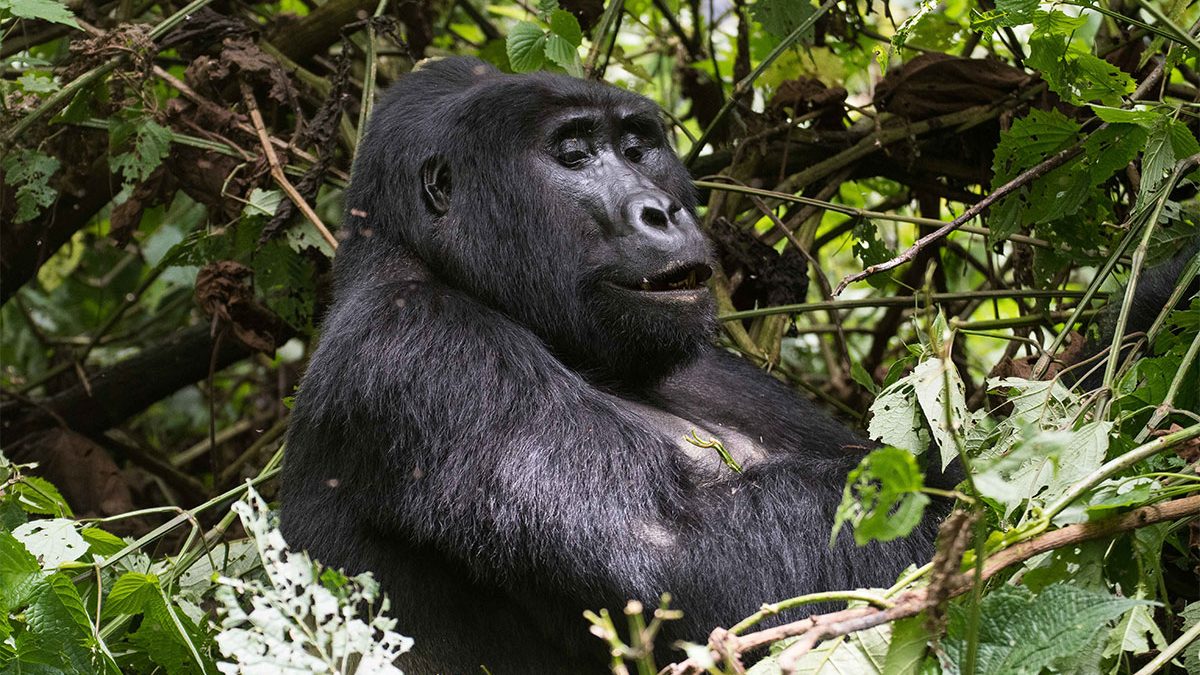 Book East Africa holidays from Australia – Great adventure safaris have made life easy for travellers planning a journey of life from Australia without having to struggle on where to go on safari and what to do during your safari planning.

Our team of experienced travel consultants will ensure that they attend to details of your request and if they needed they will advise on other options of the travel destinations and attractions.

East Africa is a unique destination to visit as it sits on both the western arm of the east African rift valley which run from the northern tip of Lake Albert in Uganda to the southern tip of Lake Tanganyika and the eastern arm which runs from Eritrea through Ethiopia, Kenya and Somalia to Malawi.

Rwanda is a home to mountain gorilla population in east Africa, there are estimated to have over 300 mountain gorillas whose natural habitat is at the tropical rain forest which sits below the 5 volcanoes making the national park one of the most beautiful parks to visit in east Africa you can also see the golden monkeys, volcano mountain hikes, Dian fossey grave, and beach holidays to Lake kivu.

Nyungwe is one of the most beautiful national in Rwanda as it is a home to the endangered chimpanzees in the Cyamudongo sector of the tropical rain forest which is the most popular activity attracting travellers other activities include canopy walks, tropical rain forest walks, and monkey tracking and visiting the tea farms.

Rwanda’s history of the genocide that has seen more than 800,000 Tutsi were killed Hutu which has led to the creation of genocide memorial and many other activities like visiting the presidential palace, Belgian peace house, milk bars and markets.Contact Great Adventure safaris to book East Africa Safari holidays from Australia and we shall give you the best deals.

The water pans down the crater attracts large number of wildlife such as Lions, Leopard, rhinos, elephants, Buffalo, giraffes this must be one of the top places to visit while planning a safari to Tanzania.

When you’re thinking about where to see the floods of millions of wildebeest and zebra migrate from Masai Mara to Serengeti between June- Novembers.

Kilimanjaro is the highest mountain peak in Africa with the height of 5895 meters above the sea level compared to Kenya’s Mount Kenya at 5199 and Uganda’s Rwenzori at 5109.

Climbing the uhuru peak is one of the once in a lifetime safari experiences.

Zanzibar is one of the most popular beach holiday destinations in east Africa where you can explore the snorkelling, diving the whale sharks in Mafia Island between Octobers to March, water skiing, beautiful sunset and sunrise.Contact Great Adventure Safaris to book East Africa Safari holidays from Australia and we shall be in contact Asap.

Bwindi impenetrable national park is located south western Uganda and it’s a home to 18 mountain gorilla families which are available for gorilla tracking experience and Mgahinga which is located at the border with Rwanda and Democratic Republic of Congo is a home to one gorilla family which is open for tourism.

Kibale forest has over years been voted the best place for trekking chimpanzees in the world the park is a home to 13 different species of primates but the most popular one been the chimpanzees which are over 1000 chimpanzee troops in the forest.

Flood of buffalos over the mountain range-Kidepo valley national park.

Kidepo valley national park is one of the most remote wilderness destination in Africa, it’s location near the Kenya and  south Sudan border has made the park a must visit for travellers intending to visit, the nearby Apoka airstrip can allow clients take private charter in to this hidden wilderness.

This smaller sector of Queen Elizabeth known as the Ishasha sector has become one of the most popular destinations where you can see lions go up on trees this has been attributed to adopted behaviour which must have been caused by flies, heat, wet area and watch posts for pray. Great Adventure safaris helps you book East Africa safari holidays from Australia and we are the top ground handler in many East African countries.

If you did know where to see the most phenomenal natural spectacles in world, pack your bag today and start heading to the famous and fascinating masai Mara national reserve to witness the thunder hooves as millions of wildebeest and zebras start their journey from masai Mara plains to the Serengeti plains as they search for greener pastures and abundant water. 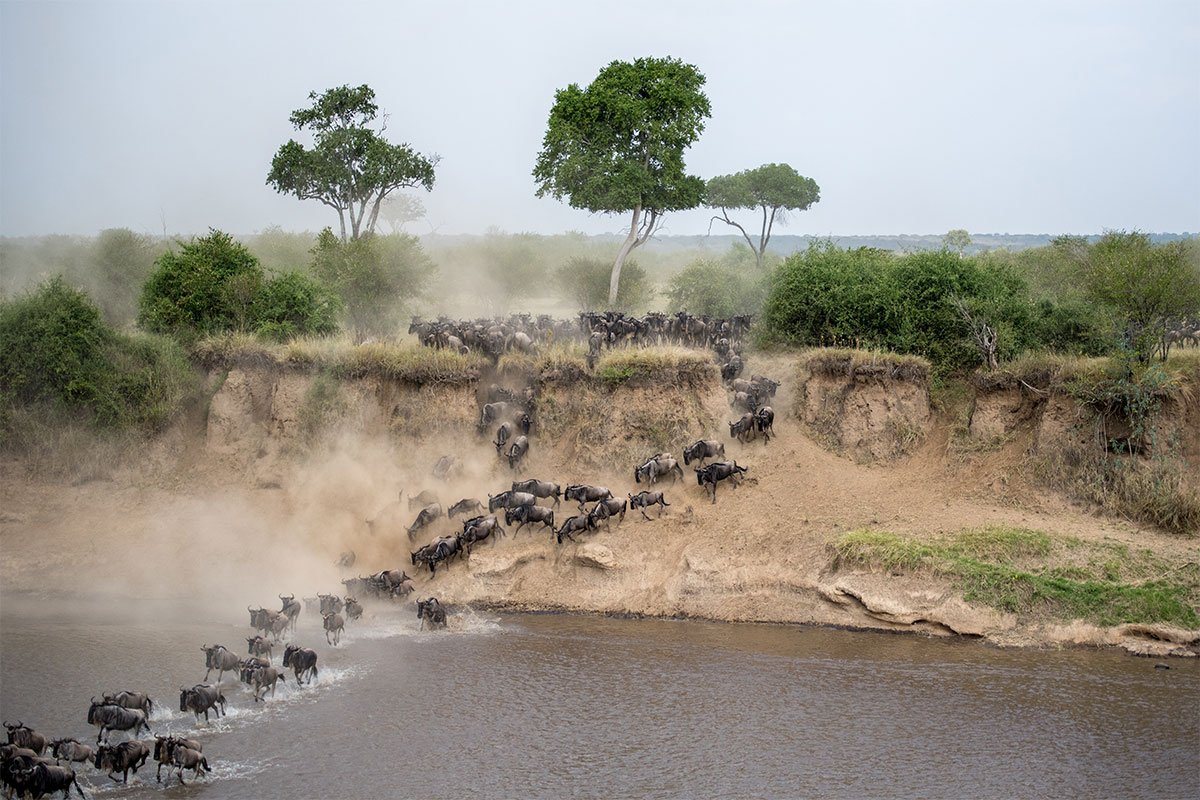 Giraffe Manor is an exclusive boutique hotel, owned by The Safari Collection. Often referred to as one of the most instagrammed properties in the world, Giraffe Manor is set in 12 acres of private land within 140 acres of indigenous forest in the Langata suburb of Nairobi. Giraffe Manor is one of Nairobi’s most iconic buildings. The historic manor house has extraordinary appeal that harks back to the 1930s when visitors first flocked to East Africa to enjoy safaris. With its stately façade, elegant interior, verdant green gardens, sunny terraces and delightful courtyards, guests often remark that it’s like walking into the film Out of Africa: indeed, one of its twelve rooms is named after the author Karen Blixen.

One of the most fascinating things about Giraffe Manor is its resident herd of Rothschild’s giraffes who may visit morning and evening, poking their long necks into the windows in the hope of a treat, before retreating to their forest sanctuary. Giraffe Manor can be booked for the night or as part of a complete tailor-made safari with The Safari Collection.

Solio Lodge is located on a private wildlife sanctuary, tucked in the valley between the lofty slopes of Mount Kenya and the peaks of the Aberdare Mountains, directly north of Nairobi. This intimate and luxurious lodge opened in August 2010 and remains the only guest accommodation on the incredible 45,000-acre Solio Game Reserve. The Solio Reserve is internationally recognised as the most successful private rhino breeding reserve in Kenya and visitors will find that sightings of up to 40 rhinoceros at a time are not uncommon. The wildlife experience here is intense and exclusive with 19,000 acres of conservancy surrounded by 45,000 acres of ranch and just one lodge, Solio Lodge, in the middle of it. Solio Lodge can be booked directly with The Safari Collection, as part of a bespoke itinerary that we can create for you or through your local agent or tour operator. Contact Great Adventure Safaris is the premier ground handler to help you book East Africa Safari  holidays from Australia with just a one click and we shall offer you a life time experience to the world wilderness.