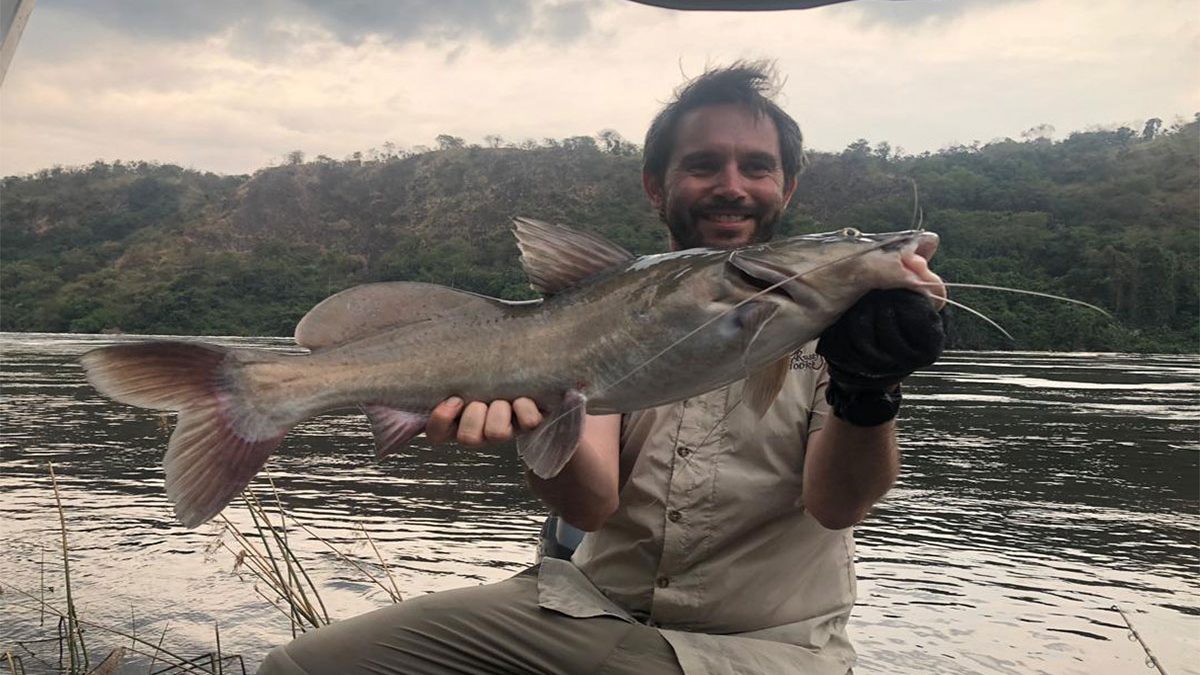 Fishing for Nile perch on the Nile River – Nile perch is one of the must species of fish anglers look out while looking  for fishing safaris in uganda, the monster fish breeds below the rapids at Murchison falls and fishing up above the falls can be an extremely interesting joy as you get the true out of Africa experience amidst crocodiles and hippos making it one of the most extraordinary spots to fish for the Nile Perch

Nile perch inhabit the Nile river system and Africa’s Great Rift Valley lakes. The largest fish recorded in The Guinness Book of Records was 232kg and the largest landed on rod and line, caught by Irishman Tim Smith, and weighed 259lb. This fish was at last subdued after an epic battle not far below Murchison Falls on the Victoria Nile in Uganda, which nearly resulted in the angler being taken out of his boat by a man-eating crocodile during the tussle. As you will see, Nile perch fishing never was for the faint of heart. Anglers pursue these monsters using hardware and tactics that would not be out of place in the deep blue sea. Large multiplying reels and stout boat rods troll large, deep diving lures behind a boat at depths of 30ft or more on the lakes of Nasser and Victoria. On the river’s more turbid waters, such as below the breath-taking Murchison Falls, large live baits up to 21⁄2lb are suspended under brightly coloured balloons.

What other fish species do I expect to catch?

The river is full of other fish species but the key ones Anglers look out for include the Vundu cat fish, the Sudan cat fish , yellow fish, tilapia, worker,

Which live bait is used during the fishing?

There are two traditions of fishing in Murchison falls; the artificial baits include the rapala lures and rubber baits which are used in casting off shore fishing along the banks of the River

The live fish commonly used include a worker, tilapia, yellow fish and Tiger fish and meat or chicken is used as a dead bait for catching cat fish and Vundu

Which equipment do you need for fishing for Nile perch?

Where do I get live bait from?

Is it safe to fish on the Nile River?

What is the biggest Nile perch ever caught on the Rod in Murchison falls?

The largest fish recorded in The Guinness Book of Records was 113kgs and the largest landed on rod and line, caught by Irishman Tim Smith, and weighed 248lb.

Where can I stay while fishing in Murchison Falls?