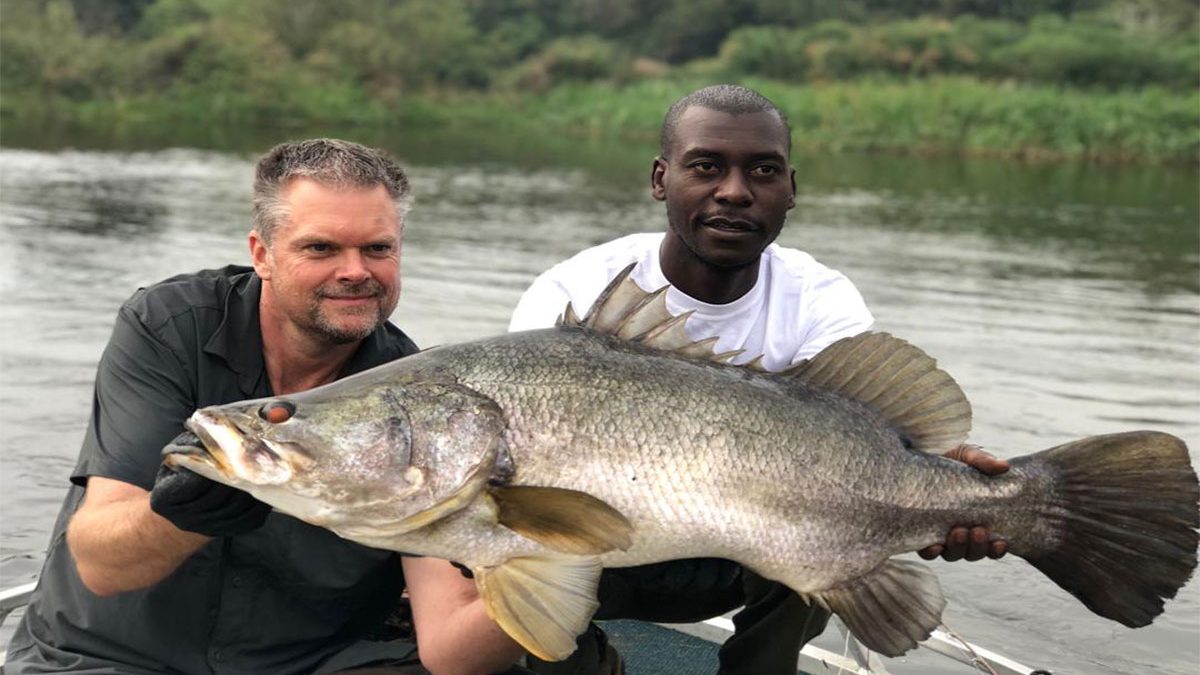 Fishing Safaris in Jinja – Jinja is one of the large cities in Uganda bordered by the mighty Lake Victoria and the city of Jinja is regarded as the adventure capital of Uganda offering many tourist activities ranging from White water rafting, bungee jumping, boat cruises and for Anglers, it’s another hot spot to fish for the famous Nile perch in the Lagoons North of the city

Jinja is a town in southern Uganda, on the shore of Lake Victoria. The source of the Nile, at Coronation Park, is marked by a garden and a monument honoring British explorer John Henning ton Speke. Owen Falls Dam and Bujagali Dam both span the Nile. Farther north on the river, Itanda Falls is known for its white-water rapids. East of Jinja, on Lake Victoria, Samuka Island is home to birdlife, including little egrets, cormorants, and Kingfishers.

Where to fish in Jinja

How is fishing done in Jinja?

Fishing in Jinja is done using a motorized speed boat by method trolling using Lures that swim between 1.5 to 3 meters deep as the Nile perch attack their prey from below

Where to stay in Jinja during your fishing safari?

Jinja offers several accommodation options but we highly recommend Lamela wild waters lodge, Haven river lodge, and black lantern which are just a little bit out of the busy city center and they will give you great experience and value for money

How to book fishing safaris in Jinja?

Anglers can contact Great adventure safaris  for an experts advice on how, where and when to go fishing however you may find may operators in town that sell leisure fishing safaris and we recommend you be careful with who you book your fishing safari with

Best time for fishing in Jinja