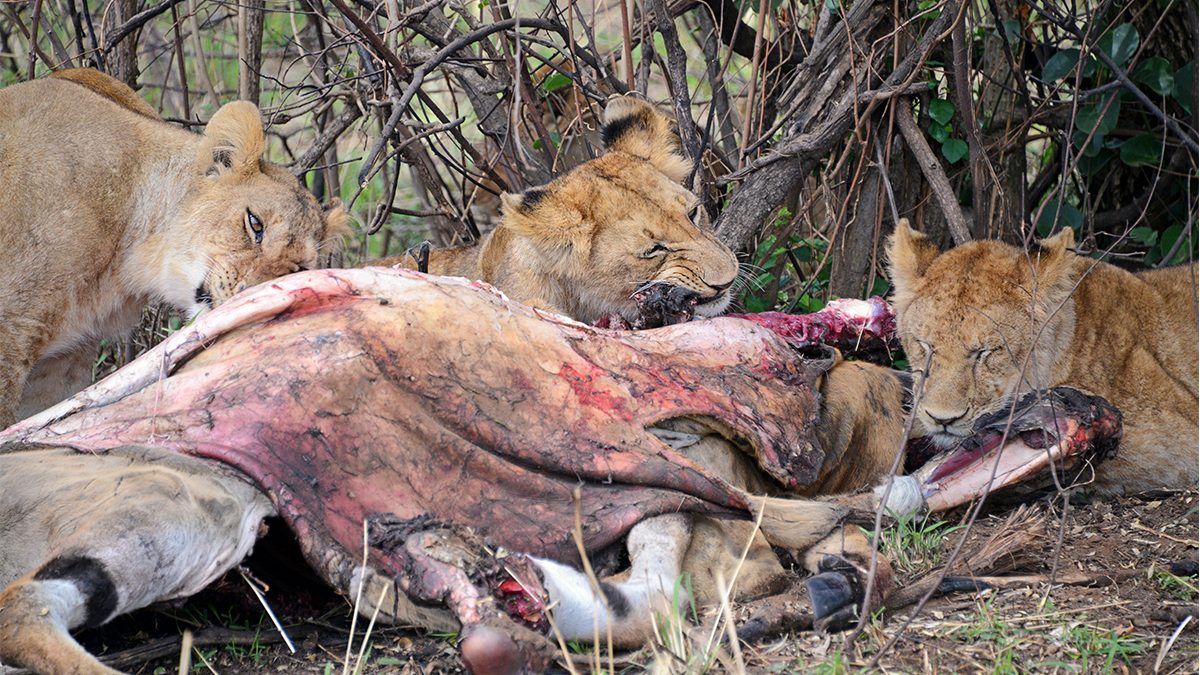 Game drive Safaris in Masai Mara National Reserve are unforgettable due to the abundance of wildlife and the spectacular landscapes in this area. With gently rolling hills and wide-open savannah plains, this is the quintessential African safari adventure. You can expect to view large numbers of animal species all year round, with big herds of elephants, buffalo, and other different species of wild animals.

It is also common to see predators like the Cheetahs, Leopards, and Lions. The Great Wildebeest Migration passes through the Masai Mara for approximately three months each year. Game viewing may last from a couple of hours to the whole day, with a picnic breakfast and lunch depending on your interest.

If you are lucky enough to experience nature’s greatest spectacle, the Wildebeest Migration, it is a sight to behold. From July to November each year over two million wildebeest, zebra, and gazelle embark on a cyclical movement through the Mara River, driven by rainfall and the subsequent availability of grazing. Throughout their journey, the wildebeest face tremendous threats, crossing Rivers teeming with wily crocodiles and encountering an abundance of predators following closely behind them.

In November the short summer rains begin and the wildebeests move south to their Serengeti National Game Reserve calving grounds. However, the ample resident wildlife of the Masai Mara stays in place, ensuring an unforgettable safari experience at any time of the year. Lions and hyenas can be encountered in the reserve, as can Cheetah and Leopard. Masai Mara is famous for its magnificent, black-manned lion and you stand a good chance of viewing these powerful animals on a game viewing safari. Up to six species of vulture are found in the Masai Mara and one or more of them may often be seen on the sidelines of a lion kill.

The Masai Mara National Reserve is part of a huge conservation area that also includes the Serengeti National Game Reserve and the Ngorongoro Conservation Area in neighboring Kenya. With no fences or man-made barriers, wildlife can move freely throughout this area, constantly recreating an ageless natural cycle.