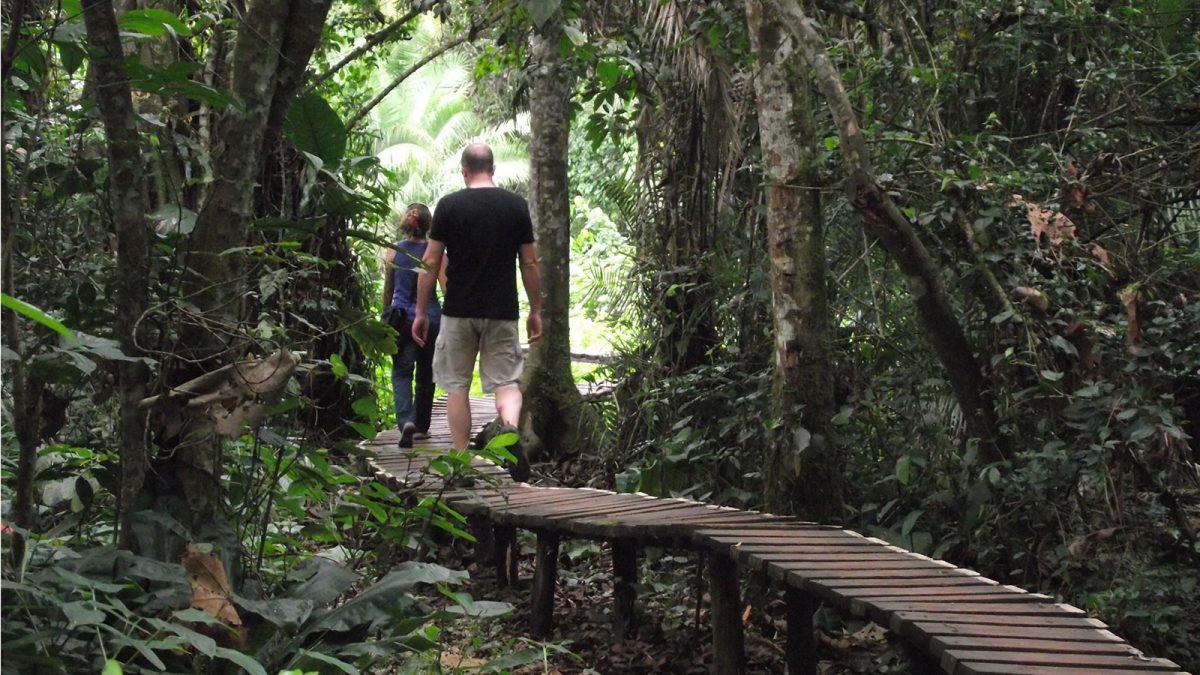 Guided forest walks in Kibale National Park – A highlight of any activity to Kibale Forest will be the chimp-tracking excursions that leave from Kanyanchu at 8:00 and 14:00 daily. Chimp sightings are not guaranteed on these walks, but the odds of encountering them have improved greatly in recent years, and now stand around 90%. The chimpanzee community, whose territory centers on Kanyanchu, is well habituated, with the result that visitors can often approach to within a few metres of them. Whilst in the forest you can expect to see at least two or three other types of primate, most probably grey-cheeked mangabey and red-tailed monkey. You will hear plenty of birdsong, but it’s very difficult to see any birds in the heart of the forest. You are better off looking for them in the rest camp and along the road. The guides are knowledgeable and will identify various medical plants, bird calls and animal spoor.

For dedicated chimp enthusiasts or aspiring researchers seeking field experience, which involves staying with the chimps all day with habituators and taking notes on their behavior. Another novelty is a guided night walk with spotlights, which runs from 19.30 to 22.00 daily and offers a good chance of sighting nocturnal primates such as the bush baby and potto.

Guided forest walks in Kibale National Park – Other terrestrial mammals that are found within Kibale National Park include red and blue duikers, bushbucks, sitatungas, bushpigs, giant forest hogs, common warthogs, and African buffalo. The carnivores that are present include leopards, African golden cats, Servals, different mongooses and two species of otter. Kibale forest national park is regarded as the primate capital of the world some of those include Olive Baboons

Bird watching tours start at 7am at Kanyanchu; you are advised to book in advance. Rare species include the Papyrus Gonolek, White-winged Warbler, White-collared Oliveback and Papyrus Canary.