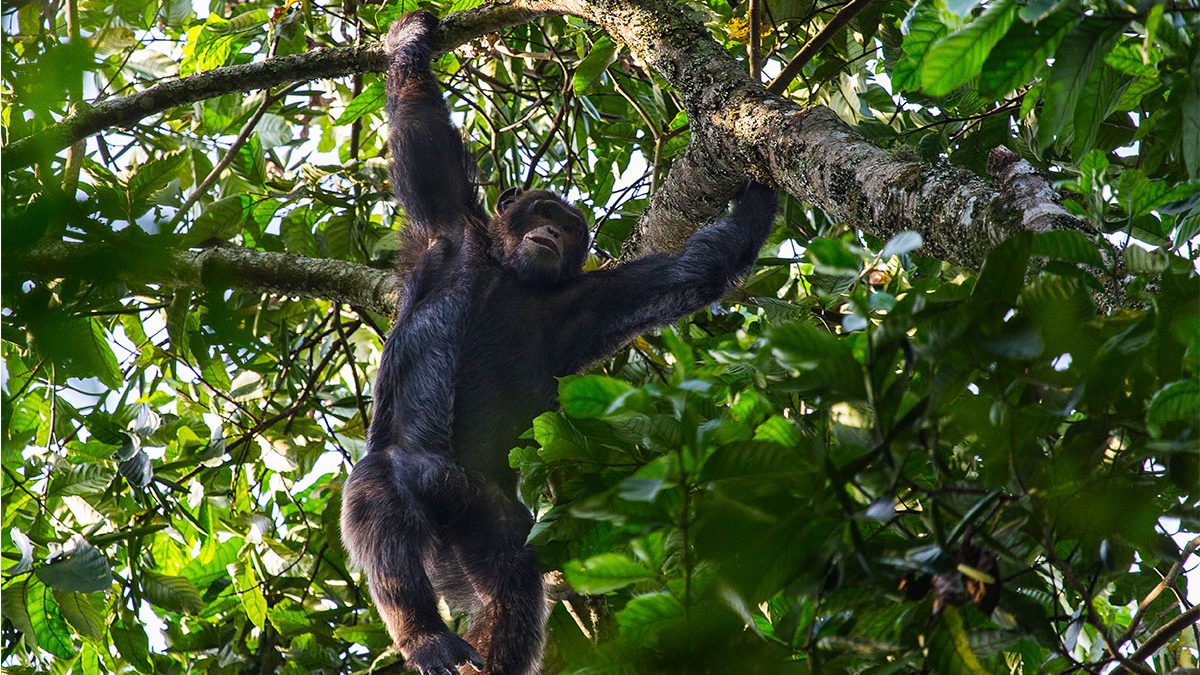 Safaris in Uganda typically start and finish in Entebbe or Kampala. Entebbe, on Lake Victoria, was a former British colonial administrative centre. The National Botanical Gardens, laid out in 1898, are a must-see here. Uganda’s capital, Kampala, was established during the 13th century Buganda Kingdom, one of the oldest in Africa. Built among lush hills and wetlands that were once royal impala-hunting grounds, Kampala City is the biggest among all Ugandan Cities.

The most accessible of Uganda’s major rainforests, Kibale Forest harbors the greatest variety and concentration of primates in East Africa and is home to 13 species including the Chimpanzees and red colobus monkeys. The elusive forest elephant moves through the National Park seasonally. Kibale Forest’s tremendous biodiversity also attracts a long checklist of rainforest bird species. Activities include forest walks and wildlife viewing along the string of beautiful crater lakes that lie between Fort Portal and Kibale Forest.

Named for the dense forests it encompasses, Bwindi Impenetrable Forest National Park is home to roughly half the world’s remaining Mountain Gorillas. Though the National Park is best known for its outstanding Gorilla tracking, it also provides refuge to Chimpanzees, monkeys, elephants and various small antelope. Bwindi Forest is a key Uganda bird watching destination, with 23 of Uganda’s 24 Albertine Rift endemics, including threatened species such as African green broadbill and Shelley’s crimson wing.

On this pilgrimage to Africa’s oldest National Park, set aside in 1925 to protect the Mountain Gorilla, enjoy a full immersion in all the park’s highlights: two days of Gorilla trekking in the rainforests of the Virunga volcano chain, one day trekking to see a troop of 80-100 Golden monkeys, and a visit to pay homage at the grave of Dian Fossey, the world’s most famous Gorilla researcher who lived and worked within this park from 1967-1985.

Meals at camps and lodges

Excursions and transfers unless listed as optional

Alcoholic and soft drink beverages at some camps and lodges

Any newly-implemented government taxes, levies, fuel or industry increases which are beyond our control

Any items of a personal nature