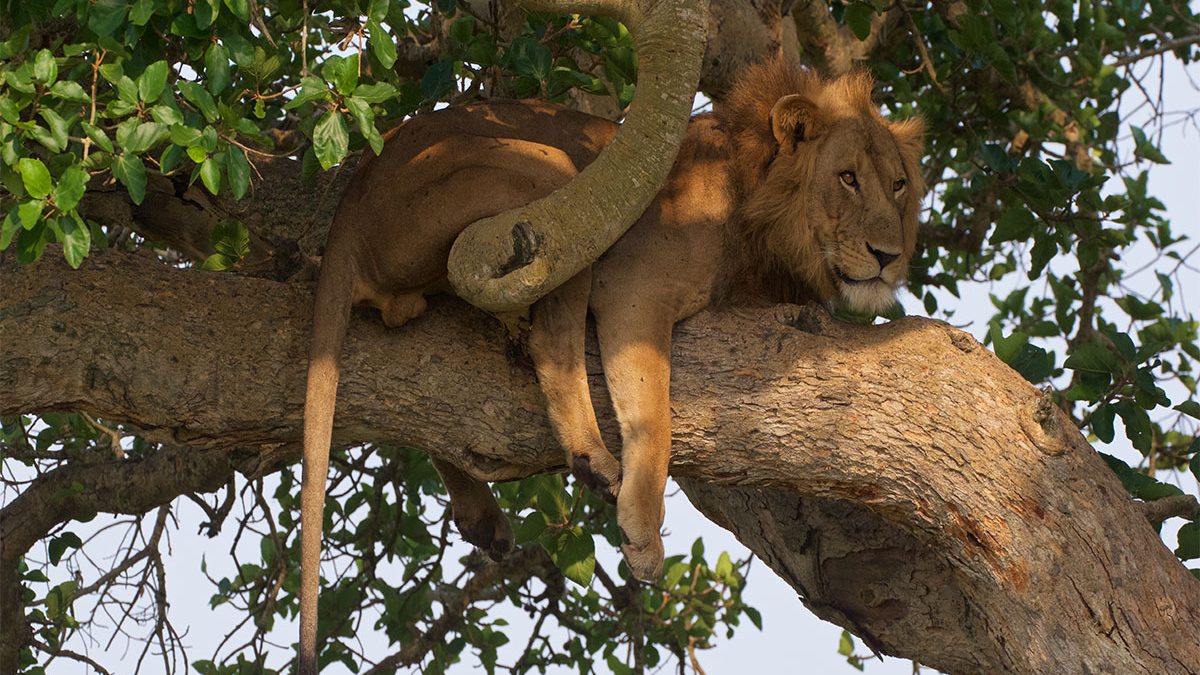 Queen Elizabeth’s tree-climbing lions are one of the main sights and are the star of all the safaris in Queen Elizabeth National Park. The lions are often seen sitting on the acacia and the fig trees, looking down on the antelopes feeding on the savannah grasslands. The presence of these animals such as the kobs, have attracted the lions and the leopards in to the area as a way of looking for food.

The other main reason as to why the lions of the Ishasha sector in queen Elizabeth national park, climb and stay up on the trees is that, during the dry season, the ground gets hotter which is reason enough why the lions climb on trees trying to escape the heat on the ground. They also climb trees as a way of relaxation after the days hunt. They also hang on trees as they look down on the antelopes roaming around the forest; the big trees have since been used as a spying area for lions waiting to catch the animals for food.Read more about the tree climbing lions 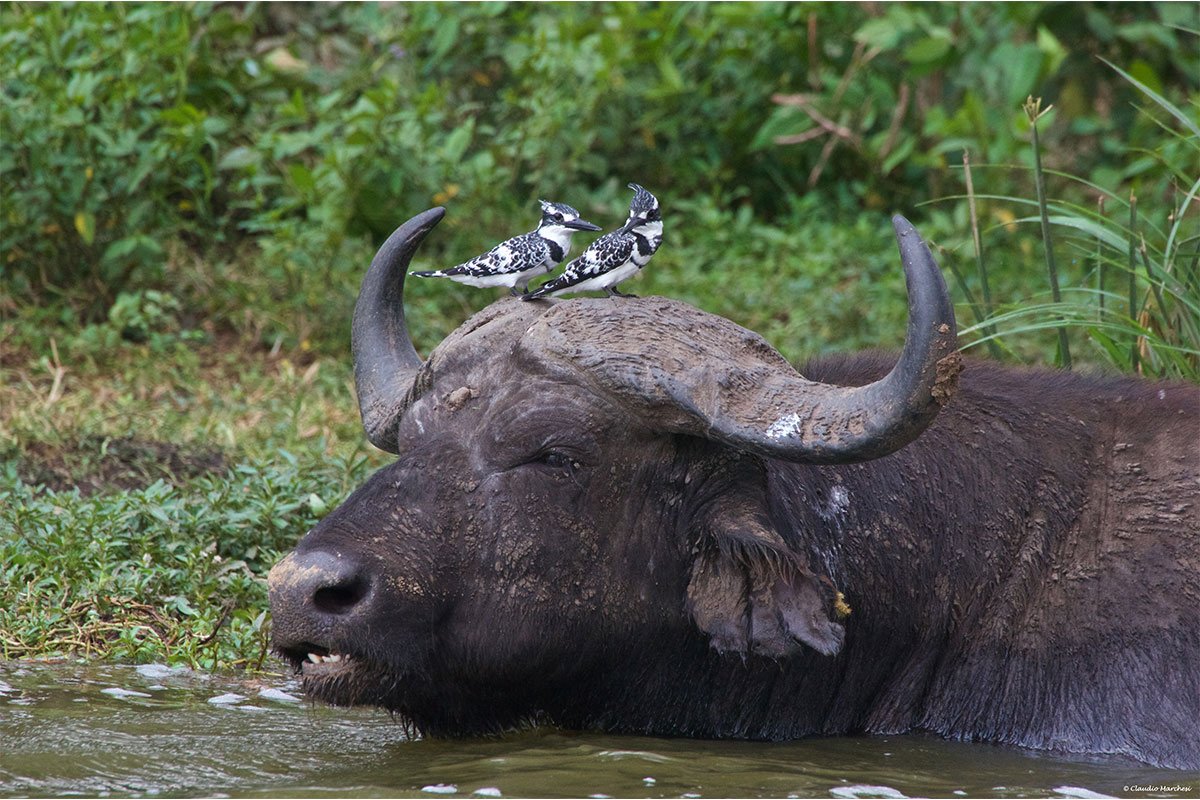 When to visit Ishasha sector

The park is open to travelers throughout the year, and the activities in the park do not stop, it’s done at any time of the year, although the best time for bird watching is during the dry season from the month of June, July, September, August, December and February, these month are recorded to be having low or rainfall received at all. These allow clear viewing of the birds in the open Savannah vegetation, during the dry season, the vegetation is short, enabling you to view the birds. Also, it’s the best time for game drives around the park where you will be spot several animals roaming in the park. During the dry season, the trails are dry and less muddy making the park easily passable.

The park offers comfortable accommodation, ranging from luxury, mid-range, and budget accommodation for the clients, the lodges include; Marafiki safari lodge, Enganzi Game lodge, Mweya safari lodge, Engazi lodge, Queen Elizabeth bush lodge among others. The lodges offer quality accommodation and specious rooms for the guests who come to the lodge, they offer quality services ranging from bar and restaurants serving both local and international dishes, fire place, internet services, craft shops in case you will need to purchase some craft items among others.to give you the best of your stay during your safari visit at the Ishasha sector for game viewing.

How to get to Ishasha sector

By air, there are domesticated chartered flights offering flights to Queen Elizabeth national park, you can book a scheduled flight from Entebbe international airport or Kajjansi airstrip to Mweya airstrip in Queen Elizabeth National Park then you will transfer to the Ishasha sector.

Ishasha sector of Queen Elizabeth national park is the best place to be that you don’t want to miss during your safari visit in Uganda. During your visit in Ishasha sector, you can as well combine your safari with other exciting activities offered at Queen Elizabeth national park, such as lion trekking at Kasenyi plains, boat cruise on Kazinga channel, game drives, nature walks, community visits, and mongoose trekking at Mweya peninsular among others. These all will make your safari more interesting and fuller of fun which will give an exciting experience and unforgettable safari..Great Adventure safaris arranges Uganda safaris to all destinations.