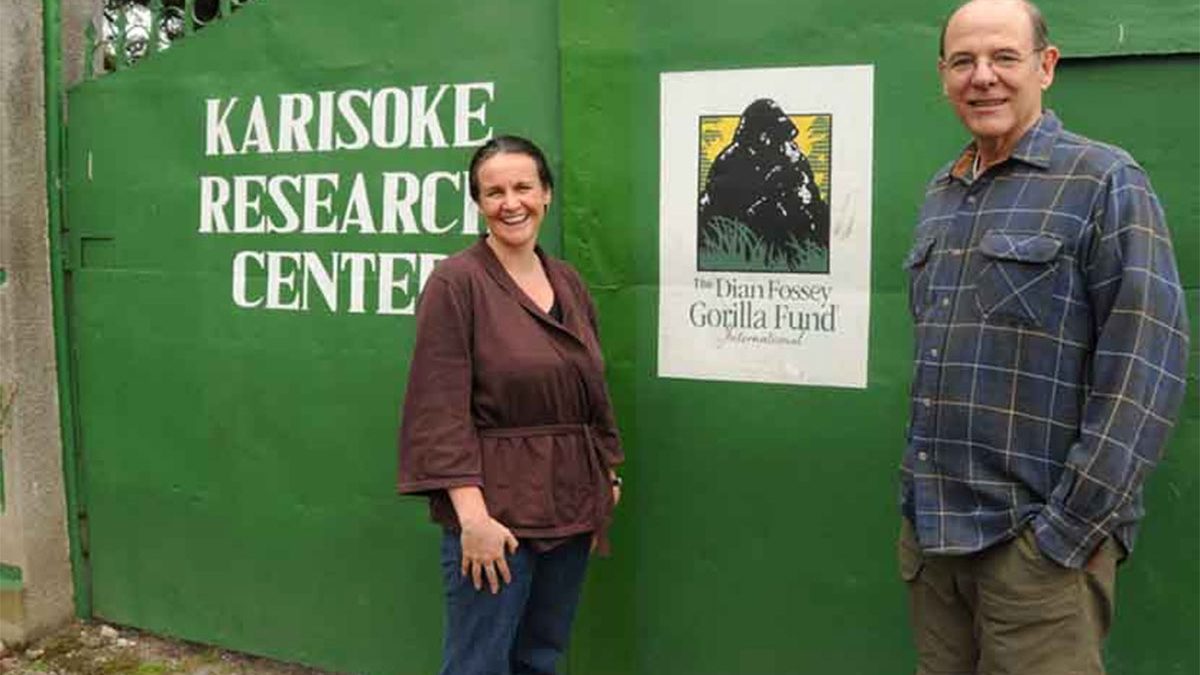 Karisoke Research Center is situated in the Volcanoes National Park in northwest of Rwanda. The research centre is located in between Mount Karisimbi and Mount Bisoke from which its name “Karisoke” was derived, a combination of the two names.

Karisoke Research Centre is one of the major attractions in Volcanoes National Park because it is one of the living memories of Dian Fossey an American primatologist and conservationist known for undertaking studies and research about mountain Gorillas and advocating for their protection.

Karisoke Research Centre Rwanda was established on 24th September 1967 by Dain Fossey. It was started with two small tents which were headquarters for anti-poaching patrols. Today, it has grown into a world-class scientific and conservation institution where long-term studies about Gorillas are conducted. It also educates about Gorillas and plays part in the protection of the primates.

People from communities near the Virunga region illegally access the parks and set traps targeting other mammals there but sometimes it’s the Gorillas that fall into these traps. They also carry out other activities such as cutting down trees, encroaching on the land, entering the park to collect firewood and others which put the lives of the Gorillas at risk.

In collaboration with the Dian Fossey fund international, Karisoke Research Centre combine effort with Uganda and the Democratic Republic of Congo, take on joint and independent patrols to protect the gorillas in the Virunga Conservation Area. Karisoke Research Centre collects relevant data around the area to help in conservation of the gorillas. Data collected includes health, demographic and behavioural data.

A visit to Karisoke Research Centre Rwanda is one of the best things you can do at Volcanoes National Park. There is a museum with exhibits which have much more information regarding conservation, biology and videos about the customs of mountain Gorillas.

Dian Fossey is said to have lived in the tents that the research centre started off with for a period of about one year and a half before a cabin was built for her by her European friends. After a period of ten years, eight more cabins tents were set up. Dian Fossey later on invited Dr. Leaky to send her students for assistance in 1969. This laid a platform for this place to be a ground for students all over the world to experience the field and opportunism for research.

During the time of the 1994 Rwanda genocide and other civil wars, a lot of things from the research centre were abandoned while others were destroyed and others stolen. It was later on reconstructed and destroyed again and finally relocated to Ruhengeri.

Today, Karisoke Research Centre uses modern technology in conducting a number of activities. it also partners with conservation organizations and local authorities to strengthen conservation work of the endangered mountain Gorillas. It established started using GPS to monitor the movement of Gorilla groups whereas the mapping of Gorilla habitat in the park was undertaken using hyper spectral remote sensing imagery. Karisoke Research Centre habituated golden monkeys in the park and works with university of Rwanda and provides filed research opportunities for research purposes.

Getting to Karisoke Research Centre

Karisoke Research Centre is located in Volcanoes National Park. It takes 2 hours to reach the research centre by road from Kigali International Airport.