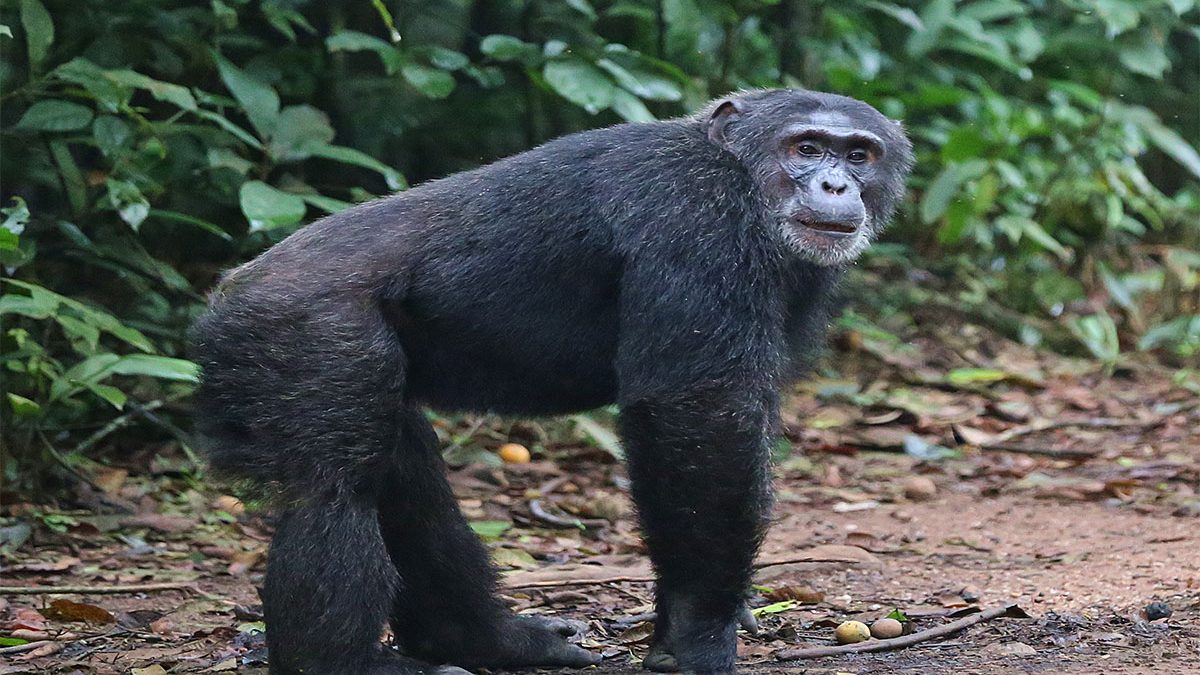 Kyambura Gorge chimpanzee tracking – The Kyambura Gorge experience is more than discovering chimpanzees in their natural environment: it teaches visitors about the ecosystems of Kyambura Gorge’s atmospheric “underground” rain forest, including vegetation types; bird identification and behavior; and chimp and monkey ecology.

Although chimp sightings are not guaranteed, visitors stand a pretty good chance of hearing and seeing our distant cousins as they are habituated. Tours last between one and three hours and start at 8am and 2pm daily.  Kyambura gorge is located in Queen Elizabeth National Park southwestern Uganda and is the one of the places where primates reside. We normally advise our clients interested in gorilla tracking and chimp walks to visit kyambura gorge for this experience since queen Elizabeth National Park is closer to Bwindi Impenetrable National Park.

Kyambura gorge forest in the valley

How Kyambura Gorge was formed?

This gorge has several primates that include chimpanzees, red tailed monkey, black and white colubus monkeys, velvet monkeys, baboons among others. The only family/community of chimpanzees in Kyambura gorge though very mobile has been habituated for chimpanzee trekking. A chimp trekking walk in the gorge exposes you to both flora and fauna and is a complement to those that visit Queen Elizabeth National Park for other activities such as game drives and boat cruises.

The main activity in the gorge is Chimp trekking. All trekking activities in Kyambura gorge are under Uganda Wildlife Authority and it is the one that issues out chimpanzee permits. Kyambura chimp permits cost USD50.00 per person per trek and are booked at UWA offices in Kampala or on ground. This chimpanzee permits allows you one hour with habituated chimpanzees and includes a guide for the day. This chimp walk can sometimes be strenuous and as such a certain level of experience is required. The trek involves moving up and down and as such walking sticks are very important while in the gorge. Other animals such as hippos are occasionally sighted which is a plus. Every day, Uganda Wildlife Authority issues 8 permits for the morning and 8 permits for the afternoon session. The fact that its only 16 permits available, one need to book this in advance to avoid shortage. Contact Great Adventure Safaris about the price, procedure, availability and how to book your Kyambura chimpanzee permits in advance. Just like gorilla tracking, chimp trekking in Kyambura has age requirements. One has to be 15 years and above to be allowed to trek chimps in Kyambura.

For those interested in trekking chimps in Kyambura gorge can contact us and we will be able to customize a safari to Queen Elizabeth or Advise our 5 day gorilla and wildlife safari which offers an opportunity of not only gorillas and wildlife but also a chance to trek chimps in the gorge.

How to get to Kyambura Gorge

There are scheduled flights between Entebbe international airport and the Kasese air strip near the base of mountain Rwenzori or Mweya airstrip in Queen Elizabeth national park.

Using a 4×4 you can take the 7-8 hours’ drive via the equator line in kayabwe crossing the big swamps and the beautiful land escapes,tea plantation before arriving at the base of the rift valley.

Best time to with Kyambura Gorge

Although it’s regarded as a year-round activity, the best time to visit Kyambura gorge for chimpanzee trekking is during the country’s two dry seasons: January and February and from June to September.