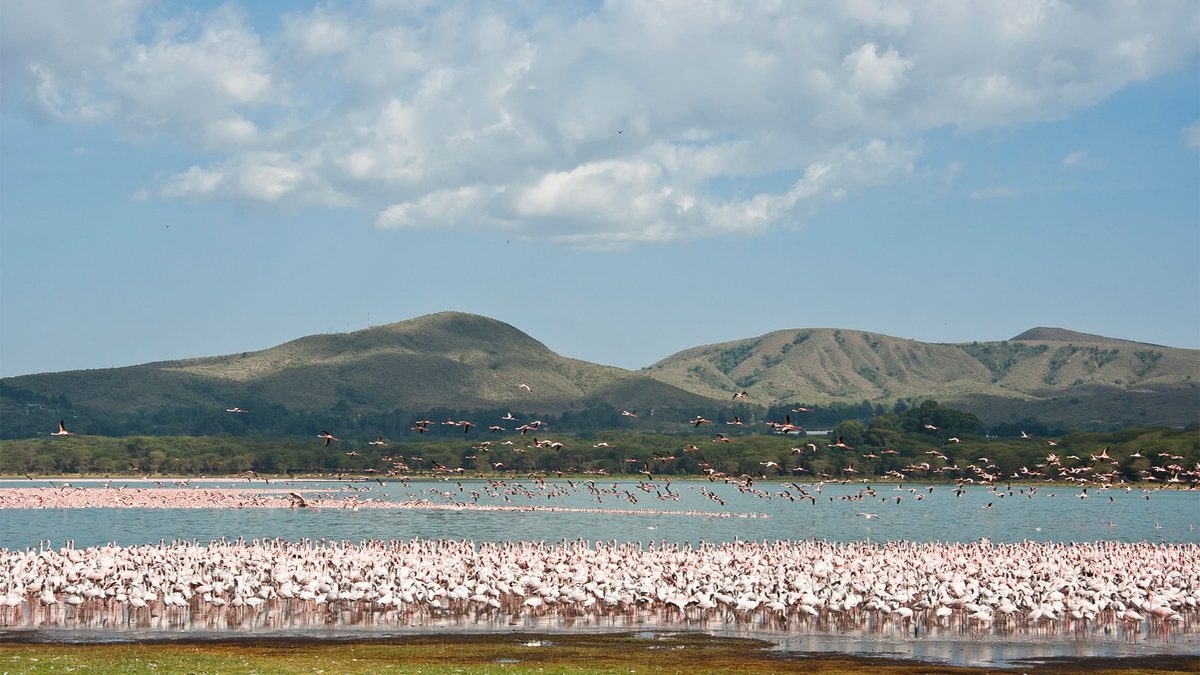 Lake Naivasha safari in Kenya – Lake Naivasha is a freshwater lake in Kenya, outside the town of Naivasha in Nakuru County, which lies North West of Nairobi. It is part of the Great Rift Valley. The name derives from the local Masai name Nai’posha, meaning “rough water” because of the sudden storms which can arise.

Lake Naivasha is at the highest elevation of the Kenyan Rift valley at 1,884 meters in a complex geological combination of volcanic rocks and sedimentary deposits from a larger Pleistocene era lake. Apart from transient streams, the lake is fed by the perennial Malewa and Gilgil rivers. There is no visible outlet, but since the lake water is relatively fresh it is assumed to have an underground outflow.

The lake has a surface area of 139 square kilometers and is surrounded by a swamp that covers an area of 64 square kilometers, but this can vary largely depending on rainfall. It is situated at an altitude of 1,884 meters. The Lake Naivasha has an average depth of 6 meters, with the deepest area being at Crescent Island, at a maximum depth of 30 meters. Njorowa Gorge once formed the lake’s outlet, but it is now high above the lake and forms the entrance to Hell’s Gate National Park. The town of Naivasha lays on the northeast edge of the lake.

The lake is home to a variety of types of wildlife including over 400 different species of birds and a sizable population of hippos. The fish community in the lake has been highly variable over time, influenced by changes in climate, fishing effort, and the introduction of invasive species. The most recent shift in the fish population followed the accidental introduction of common carp in 2001. Nine years later, in 2010, common carp accounted for over 90% of the mass of fish caught in the lake.

There are two smaller lakes in the vicinity of Lake Naivasha: Lake Ojoiden and Lake Sonachi a green crater lake. The Crater Lake game sanctuary lies nearby, while the lakeshore is known for its population of European immigrants and settlers.

Between 1937 and 1950, the lake was used as a landing place for flying boats on the Imperial Airways passenger and mail route from Southampton in Britain to South Africa. It linked Kisumu and Nairobi, Joy Adamson, the author of Born Free, lived on the shores of the lake in the mid-1960s. On the shores of the lake is Oserian (“Djinn Palace”), which gained notoriety in the Happy Valley days between the two world wars. It now forms part of the Oserian flower farm. In 1999, the Lake Naivasha Riparian Association received the Ramsar Wetland Conservation Award for its conservation efforts regarding the Lake Naivasha Ramsar site.

Floriculture forms the main industry around the lake. However, the largely unregulated use of lake water for irrigation is reducing the level of the lake and is the subject of concern in Kenya. Fishing in the lake is also another source of employment and income for the local population. The lake varies in level greatly and almost dried up entirely in the 1890s. Lake levels in general follow the rainfall pattern in the catchment area.

Lake Naivasha, once described as the Jewel in the Crown of all the East African lakes, has in recent decades been subjected to a series of devastating human pressures, not least the establishment of a vast horticulture and agriculture industry along its shorelines, but also the ever-increasing inflows of nutrients from siltation, sewage and other effluents emanating from a lakeside human population now approaching a million people.

In 1981, the first geothermal plant for Lake Naivasha was commissioned, and by 1985, a total of 45 MW of electricity was being generated in the area. 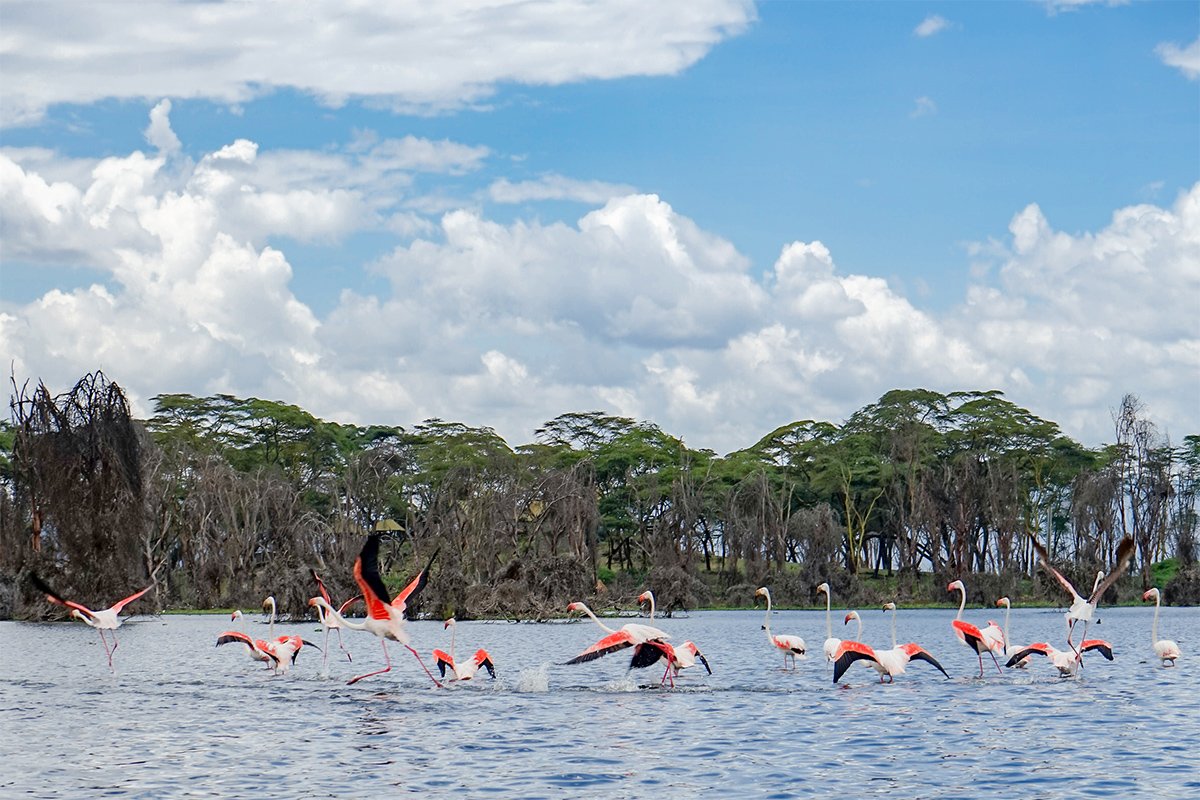 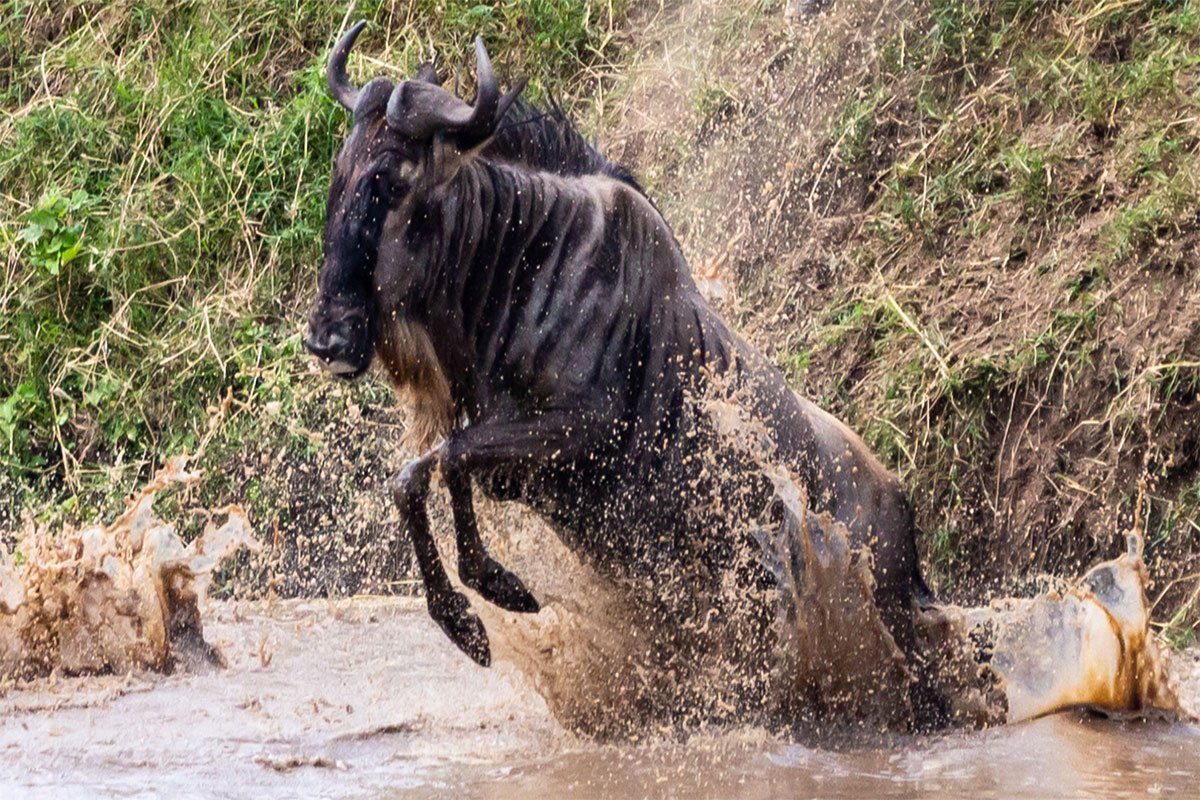 Reasons why you should visit Kenya for safari 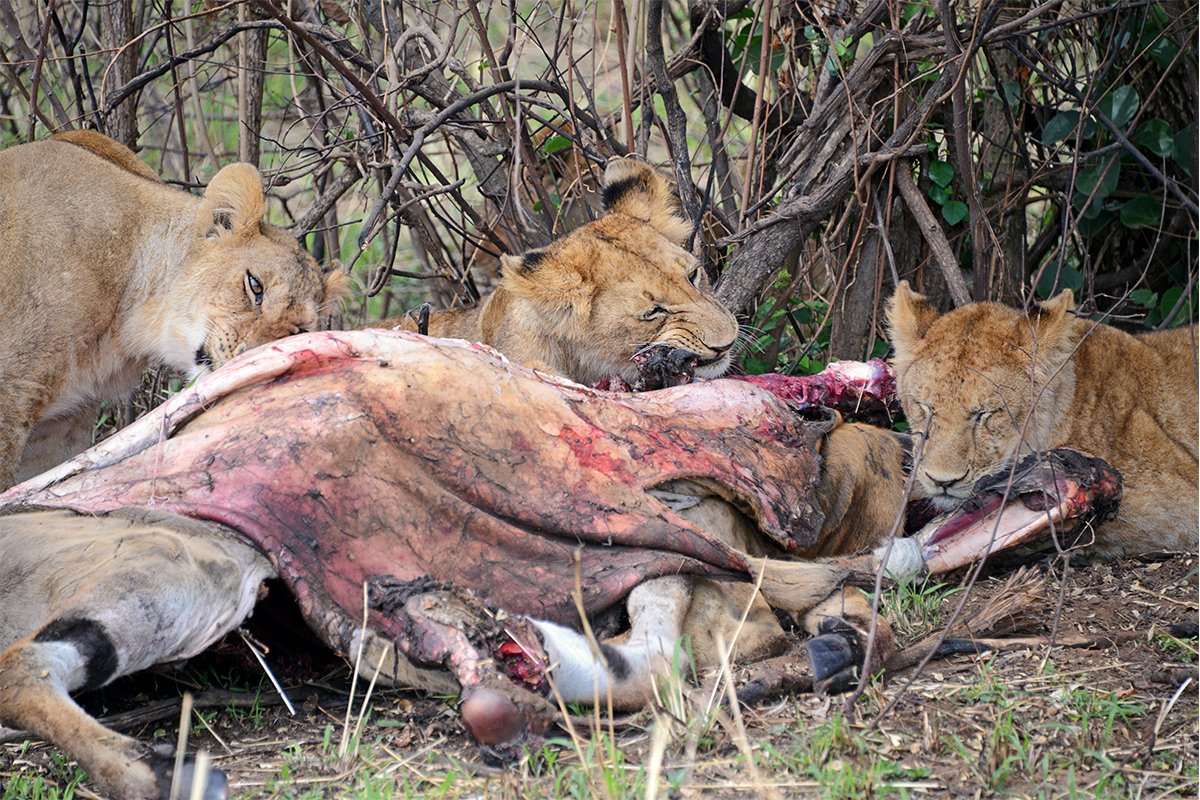