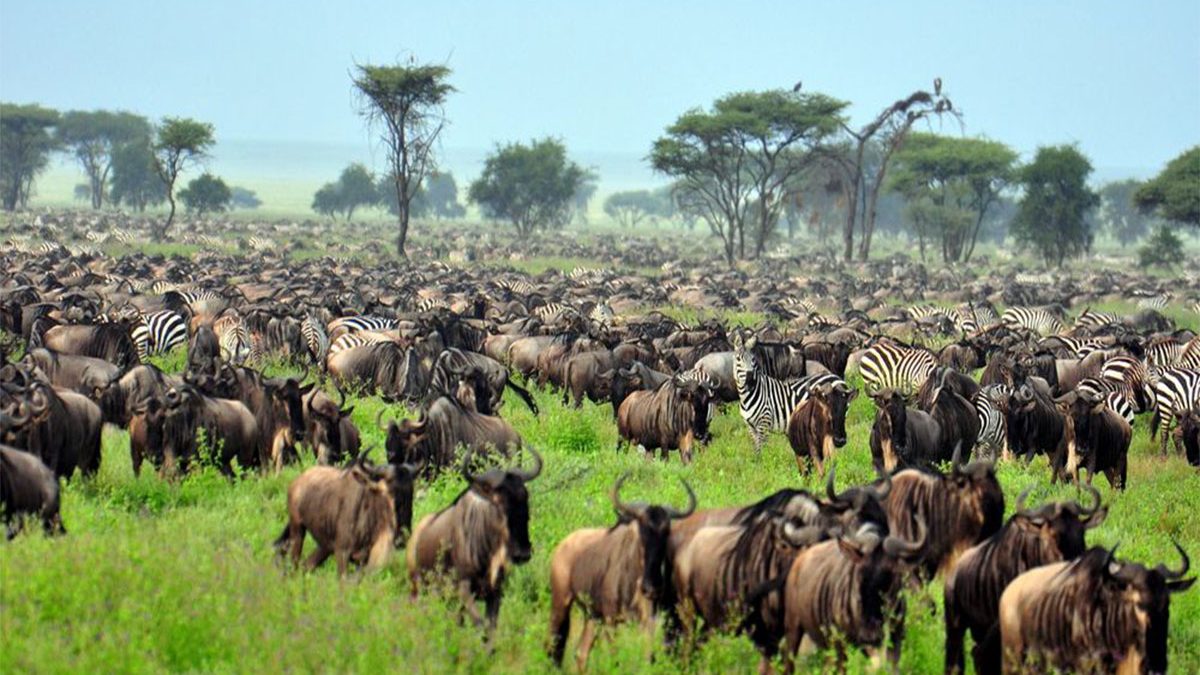 Long grass plains serengeti Tanzania – These long grass plains dotted with termite mounds are the favourite place for zebras, unlike other herbivorous that mainly feed on short grass, prefer long grass, when the Great Migration returns to the South and the short grass plains of North Serengeti and the Ngorongoro Conservation Area, many legions of zebras stop in this area throughout the green season, where they can graze the grass they prefer, this area stretches between Seronera in Central Serengeti and the Naabi Hill in South Serengeti; the soil base here is less alkaline compared to the South plains and grass is less nutritious.

Nobody really knows why the zebra prefers this type of grass, that is disdained by wildebeest and gazelle, who only lightly graze the long grass plains in case of extreme need.

This area is also populated by cheetahs, hyenas, hartebeests, topi antelopes, aardvarks, genets, hares, mongooses, pangolins, porcupines, monitor lizards and various species of birds, including European migrants in the green season, such as the white stork.

Long grass plains serengeti Tanzania – The Park can be divided into 3 sections. The popular southern/central part (Seronera Valley), is what the Maasai called the “serengit”, the land of endless plains. It’s classic savannah, dotted with acacias and filled with wildlife. The western corridor is marked by the Grumeti River, and has more forests and dense bush. The north, Lobo area, meets up with Kenya’s Masai Mara Reserve, is the least visited section.