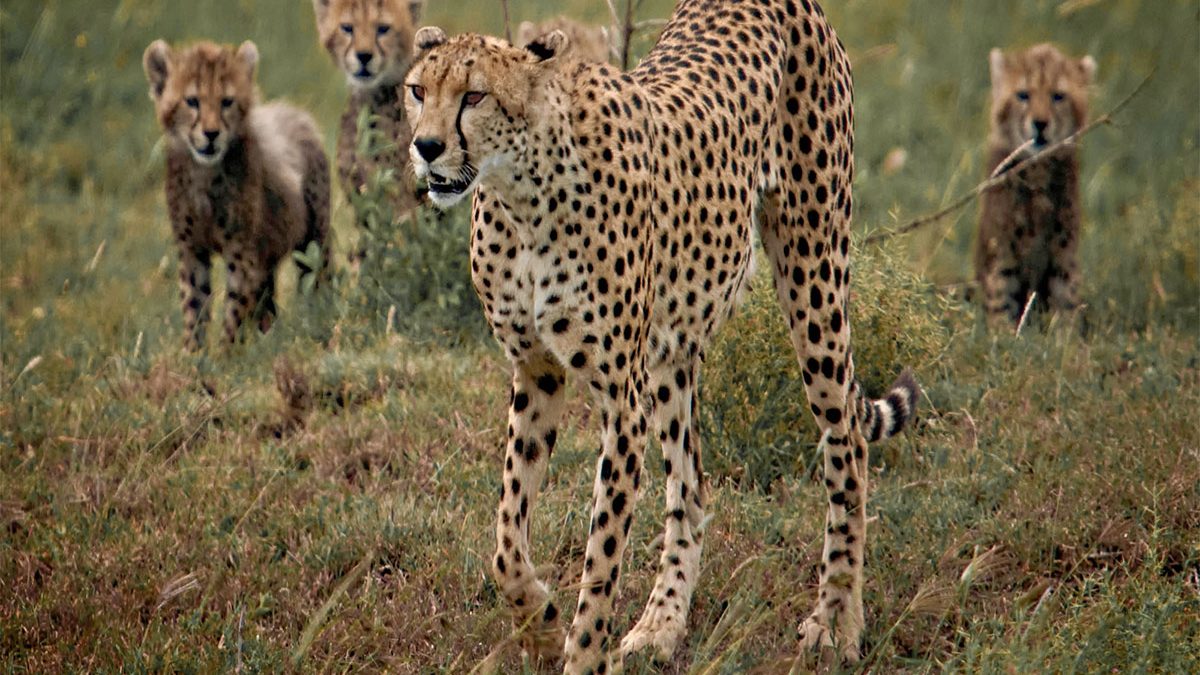 Moru Kopjes central serengeti Tanzania – Explore Moru kopje central Serengeti for fantastic wildlife viewing with Great adventure safaris as our professional guides will ensure that you have the best time during your safari in Tanzania.

The Kopjes are very scenic rock formations and very interesting from a geological point of view; they consist of a very old granite, called “Moru” in Maa language, the language spoken by the Maasai, meaning “old”, they have been eroded over the millennia by atmospheric and biological agents; what we see today are a number of large reddish boulders and the reason why they have this typical colour is due to the oxidation of the iron contained in them.

They can be visited throughout the year because there are always good opportunities for interesting sightings, thanks to the constant presence of water sources attracting many animals, both herbivorous and carnivores, especially during the dry season; the kopjes are especially loved by big cats, particularly lions, but also leopards and cheetahs, as they are excellent lookout points to observe prey.

The Moru Kopjes lie southwest of the Central Serengeti, where the River Mbalageti Valley begins; here there is plenty of water, shade and grass for grazing.

This is the only point in the Serengeti National Park home to the remaining population of black rhinos who in the past decades have been decimated by poaching, so with a little luck you can spot them.

The Serengeti Rhino Project has a visitors’ centre here, where you can learn many interesting facts about these beautiful animals and the conservation policy being employed to save them from extinction.

The Kopjes are located in a transitional zone: looking southward and eastward lie low-grass pastures that are green immediately after the rainy season and turn golden during the dry season; while looking northward and westward you can see the beginning of the wooded area of the Serengeti National Park.

The Moru Kopjes central serengeti Park cover an area of several kilometres and they can be seen from a distance, emerging from the vast surrounding plain; erosion has rounded and partly disintegrated them over millions of years; many euphorbia candelabrum trees grow in the vicinity with their branches stretching towards the sky.

Here you can get off the vehicle and stand on the kopjes, paying attention that there are no potentially dangerous animals, such as lions or cheetahs or snakes.

When the Great Migration transits in this area, along the ascent route to the Masai Mara in April and May, or during the descent to the fertile pastures of Southern Serengeti in November and December, these kopjes offer one of the finest and most exciting views of the entire Serengeti: all around you can see wildebeests and zebras, running or grazing.

The wild grunts of wildebeests or the giddy chortles of zebras vibrate echo through the air, as well as the pounding of hooves that raise red dust everywhere: two million animals who make an epic journey driven by the instinct of survival.

May is also the month of the wildebeests mating; in this period is very common to spot male wildebeests madly dash about rounding up females and chasing off other males; male bulls establish frequent mobile territories and  each one attempts to retain as many passing cows as possible.

Mating occurs in a few days, 2 or 3 weeks at the most, when the wildebeests are concentrated in a small territory; the fact that this occurs at the same time explains the synchronized calving that takes place in February on the Southern plains of Serengeti and the Ngorongoro Conservation Area.

Here at Moru Kopjes central serengeti Tanzania you can also visit the natural caves used by the Maasai up until 50 years ago as a shelter for their livestock; on the walls of these caves you can see the paintings left by the Maasai: a coloured shield, an elephant and people can be easily identified.

The colours used are all natural: the white and yellow from clays, the black from the ash of wild caper, while the red is clay mixed with juice from the wild nightshades juice.

It is thought that the artists were a band of young Maasai warriors, called moran, who wandered for several years before settling down to their pastoral life.

A couple of hundred feet away from the paintings is the gong rock, which consists of a large rock with circular holes that may have been used as communication device.

This lake formed in a natural depression and its shallow waters dry up through evaporation at the end of the dry season, and the dry earth left behind glitters with a white encrustation of salt crystals.

Lake Magadi, like Lake Ndutu and Lake Natron, attracts greater and lesser flamingos, which feed on the algae and brine shrimps flourishing in the alkaline waters.

Lake Magadi is also a great place to witness predation as lions use the bordering swamp grasses to hide and ambush animals as they come here to drink.

The serengeti ecosystem is one of the oldest on earth. The essential features of climate, vegetation and fauna have barely changed in the past million years. Early man himself made an appearance in Olduvai Gorge about two million years ago. Some patterns of life, death, adaptation and migration are as old as the hills themselves.