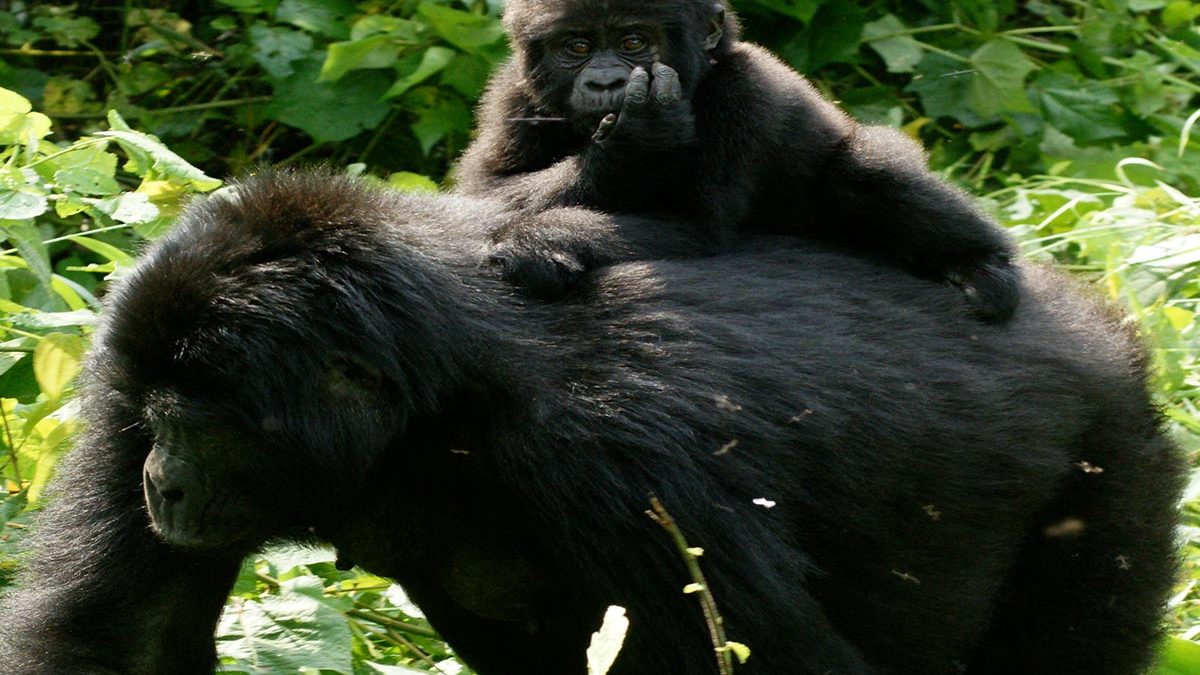 Mountain gorilla information in Uganda-Uganda’s dense Natural forests of Bwindi and Mgahinga are home to over half the world’s 1000 or so Mountain Gorillas, the rest live in the neighboring Rwanda and the Democratic Republic of the Congo. As they do not survive in captivity, preservation of these fragile habitats is essential for their survival and provides them the best of their life.

Mountain Gorillas display uncanny human characteristics, and it is believed that they are 98% DNA to human. The close-knit family groups are headed by a silverback a mature male who selects places for the group to eat and sleep daily, and has many privileges, including the right to feed first. This privilege pays off for the rest of the family, as if the group is threatened, the silverback weighing up to 120kg (260lbs) will defend them to the death at any time if necessary.

Generally, though the Gorillas are gentle species. They are considered to be highly intelligent, have been observed using tools like other great apes, and communicate using a variety of vocal sounds.

Bwindi Impenetrable Forest and Mgahinga Gorilla National Parks are the Uganda’s number one tourist hotspot, and Volcanoes National Park in Rwanda. Most people come to Uganda to see Mountain Gorillas and Bwindi and Mgahinga National Parks because of their lower price compared to that of Rwanda. There are many Gorilla families available. The Bwindi National Park has 18 habituated Gorilla families, and several semi habituated Gorilla groups, well as Mgahinga National Park has got one habituated Gorilla family. The extensive and pristine rain forest has four different trail heads, acting as different tourist centers from which Gorillas can be tracked. Other activities include Nature walks and Bird watching. There are also opportunities to visit a Batwa community. The Batwa people were the original inhabitants of the forest and were evicted from their environment when the National Park became a protected area.Great Adventure Safaris organizes gorilla trekking tours in Uganda and Rwanda. Contact Great Adventure Safaris for detailed information about gorilla trekking in Uganda.