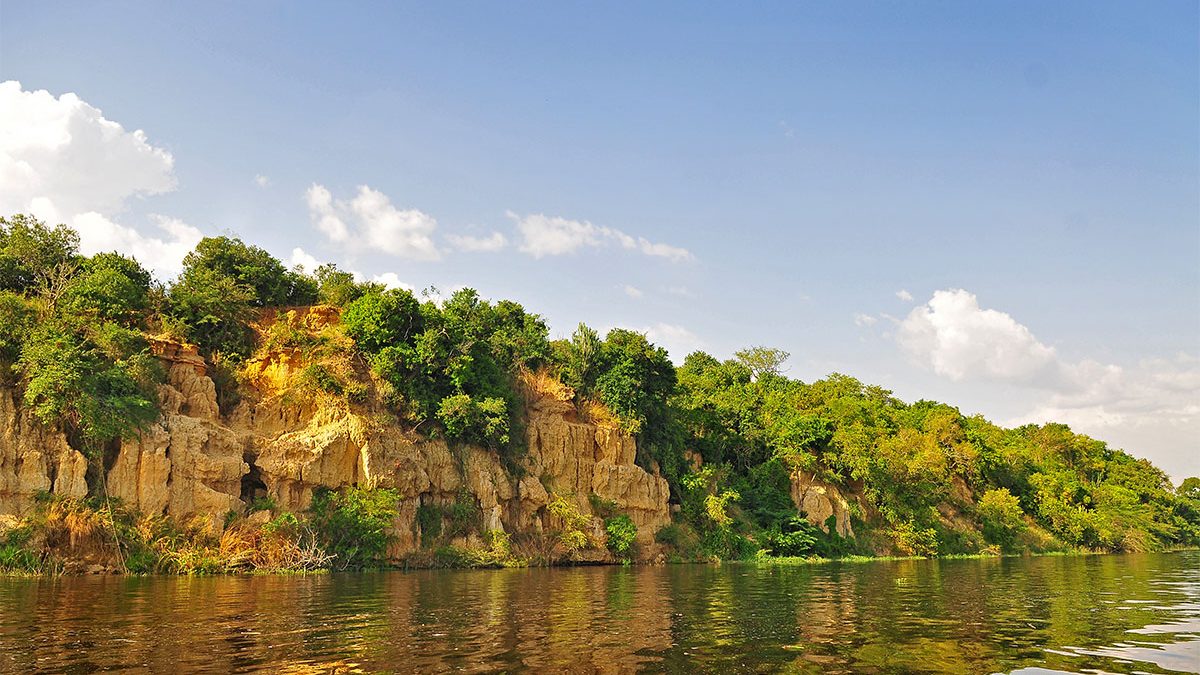 It is believed that the Nyamsika cliffs was one of the areas occupied by the tradition fajao people who settled just above the cliffs and used the cliffs to perform their traditional cultural activities such as rituals and punishing those that broke the law as they could be thrown from the Cliffs in to the River as a sign of murder punishment.

Why is Nyamsika a prime fishing spot?

The Nile river is literally narrow and the Nyamsika cliff region happens to be one of the widest areas that have led to the creation of many big fishing pools and a lot of tree shades that attract the smaller fish which are used as a live bait during the bottom fishing for the huge Nile perch, Catfish and the Vundu catfish.

Also the current gets low at Nyamsika cliffs in Murchison falls as the water hits the famous parker’s island which is a very shallow section of the River which is also a huge habitat for Hippos and a perfect spot Breeding for the Nile Crocodiles.

However during the rainy season a lot of small drainage channels come in through the Nyamsika area which can make the fishing very difficult.

Best time for fishing at the Nyamushika cliffs.

The best time to go fishing around Nyamushika is usually from July to September and from December to February which is the dry months in Uganda.

For fishing safaris in Uganda please contact Great adventure safaris or specialized fishing expedition and after booking the safari you can then keep updated about the weather conditions before travelling to Uganda.