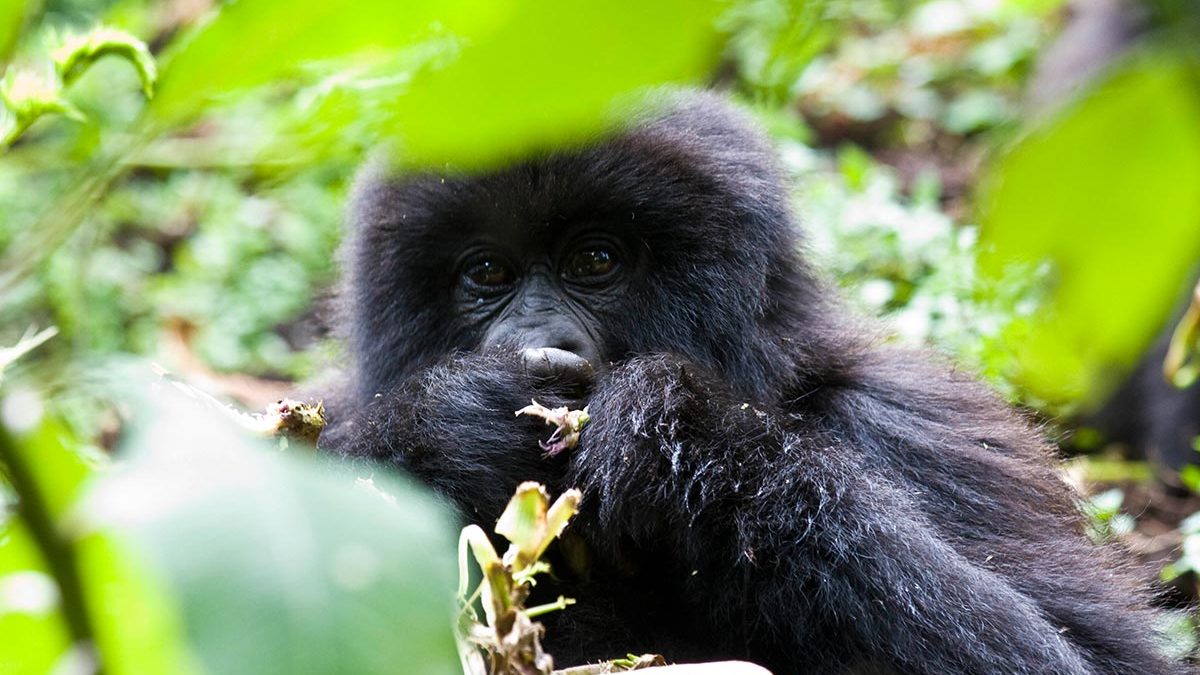 Rushaga region and Rushaga Gorilla Groups are found in the southern sector of Bwindi Impenetrable Forest National Park, the park known as a home of the endangered species of animals the Mountain Gorillas. It is one of the four sectors of Bwindi for Gorilla tracking. The National Park is a heritage to the popular Mountain Gorillas left in the wild, these wild apes inhabiting this park and Rushaga sector is one of the regions with the biggest number of habituated Rushsga Gorilla groups ready for tracking. Book now.

When travelling to Rushaga area you have an opportunity to view the Volcano Mountains at a far distance but with the best views including the Virungas, Sabinyo, Gahinga and Muhavura its beautiful scenery to view and with a chance to view Lake Bunyonyi the deepest crate lake in Africa.

While driving to this region you will be thrilled with an amazing experience of the topography made, the hills, valleys will amaze you, besides you will get to enjoy the beauty of Kisoro district best known as the Switzerland of Uganda.

This group is found in the Mishaya area of the forested National Park, the family is composed of 10 members with 1 Silverback called Mishaya who’s the leader of the family. The Mishaya family seceded away from the Nshongi family, initially the group was composed of seven members but the group kept on expanding up to currently 10 members. Mishaya is a great fighter and through Gorilla battles, he has been able to acquire more members from other families.

Nshongi family was once a united family with Bweza family but because of the wrangles in the group between the adult males, it was split up with Silverback Kakono parting away with some of the family members to form Bweza family. The group was composed of 18 family members but due to the break away, it only remained with 7 members and later it got a baby and became 8 members. This family is named after Nshongi River in the National Park where it was first sighted. The group was officially opened up for tourists in 2009 and it’s trekked by visitors on a daily basis.

Bweza Gorilla family is also found in the Rushaga sector of Bwindi National Park. This family broke away from the Nshongi family with Silverback Kakono the leader of the family. Kakono challenged the leadership of Bweza Silverback in Nshongi family and at the end of 2013 he had formed a new family. The group is composed of 11 family members with 2 Silverbacks, 3 blackbucks, 3 adult females, 1 sub-adult and 2 infant.

Kahungye Gorilla family is one of the best families to track in Rushaga sector. This family was opened up for tourists in 2011 after habituation process of two years. This family attained their name from the hill called Kahungye where the family members were first seen. This family is composed of 12 family members and led by Silverback Rumanzi. Due to increased conflicts, the family foresaw some of its family members breaking away to the Busingye group, this happened around 2012.

The members of this group are very active and very playful which has attracted attention from all and some forums have come up examining the group whether there may be a possible re-emergence with the Kahungye group, this may seem impossible because of the increased hostility among both Gorilla families.

The habituation of Bikingi Gorilla family commenced in early 2012 as a follow-up exercise of the dispersing members of the disintegrated Mishaya family and several members of the former Mishaya family were located in the family alongside other non-habituated members and later-on declared for habituation to keep close monitoring of the formerly habituated members. Bikingi family is found in Rushaga tourism sector of Bwindi Impenetrable national park. Unfortunately this family’s leadership is not yet confirmed because it’s still undergoing habituation. Bikingi family is composed of 18 individuals including; 1 silverback, 5 adult females, 2 sub-adults, 3 juveniles and 7 infants.

This will give you a chance to be part of the developing sector and community in this region. This sector boosts a number of activities compared to other sector including the Gorilla habituation where the Tourists are able to spend 4 hours in the wild training the Gorillas to live close to humans.book with us and have unforgettable experience with the mountain Gorillas in this region.

Note: These figures in the families keep on changing as a result of new born babies are being welcomed, divorce, conflicts in the group, deaths of a family member, immigrating to another group and many other factors which may attribute to a change in the numbers of the family. Currently the gorilla tracking permits for the Busingye gorilla group is being handled at the local of offices of Uganda Wildlife Authority in the Rushaga sector at this time but hopefully it’ll change in the nearby future.