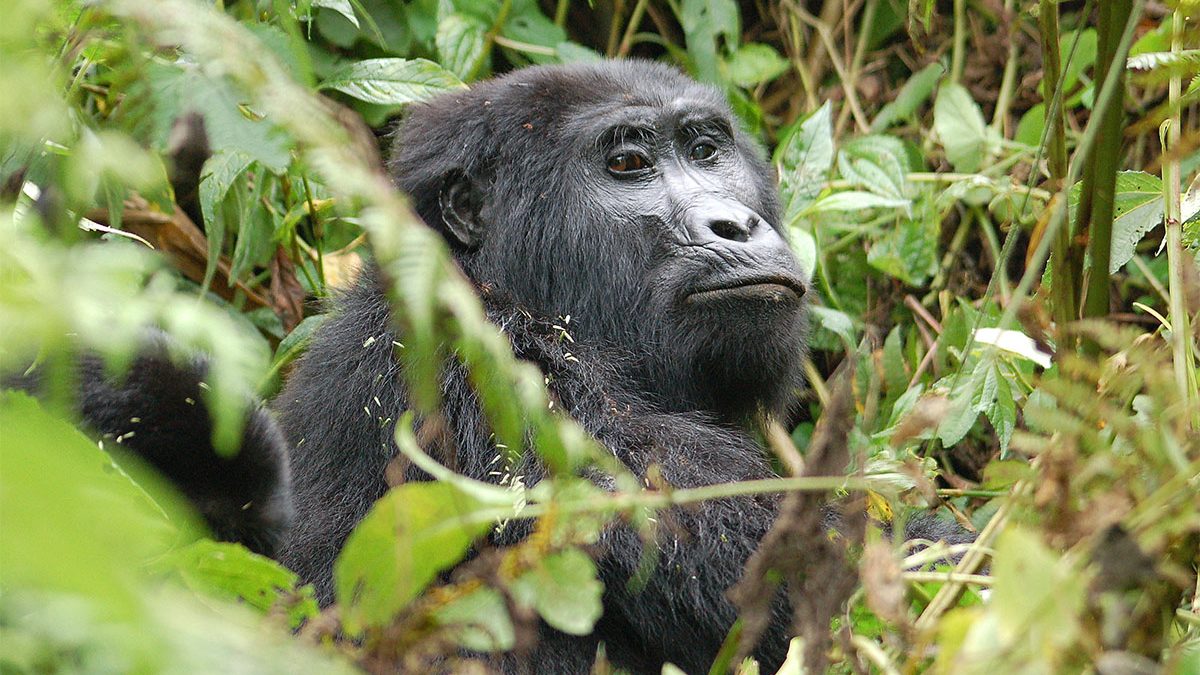 Rwanda habituated gorilla families, Rwanda has got very many places with endangered species but among them there is only one place with world population of Mountain Gorilla.

Volcanoes National Park which located in Northwestern part of Rwanda, bordered with Mgahinga Gorilla National Park found in the south west part of Uganda and Virunga national park in Congo.

Volcanoes National Park is the oldest and the largest covering area of 160square kilometer. Half of the land is covered with tropical rain forest known as bamboo forest which is inhabitant for Rwanda habituated Gorilla families and other species or animals.

Volcanoes National Park has got five to eight groups of volcanoes namely Gahinga, Sabyinyo, Virunga mountain, karisimbi, Bisoke, Muhabura which are in habitat of mountain gorillas. The park is is home of the endangered Mountain Gorillas and Golden monkeys.

Volcanoes National Park was gazette in 1925 as small area to protect number of over 400 Mountain Gorillas in bamboo forest and montane forest. The park is the top destination for gorilla trekking safari and tour in Rwanda which is on low land covering area of 160sqaure kilometer which is home to world famous Rwanda habituated Gorilla families Gorillas.

Gorilla trekking is one of the famous activity done by the tourist most, mountain gorillas is the world’s most endangered ape and is the best activity that runs throughout the year.

Gorilla trekking is done by eight tourist per group per day while walking in the wilderness searching for this great ape, tourist can be able to view other species like golden monkeys, mammals such as bush bush, and 178 species of birds.

Volcanoes National Park is forest reserve which is nature habitat for mountain gorillas while tourist is trekking for these Gorillas. They can be able to view wild life experience of rare golden monkeys and other species in bamboo forest which offers interesting views in all direction.

The social life of mountain Gorillas

The social life of Mountain Gorillas is very an interesting story where by each tourist would like watch over, gorilla troops can be led by the dominant known as silver back because of the swath of silver hair or dark fur and this troops  can be led in groups such as young male ,young female  and their off-springs.

The leaders who organizes this troops activities can be done in orders such as nesting in leaves, eating, chasing one another  since they are in habits in the forests they like climbing trees, swinging from branches.

Mountain Gorillas they move in groups and they can be found on the ground in communities of up to 30 individual gorillas, they are generally calm unless they are disturbed. Female Gorillas they give birth to one infant after pregnancy of nearly 9 months.

The park being home to number of mountain gorillas it has made Rwanda to be the top selling destination in East Africa and UNESCO world heritage site not only that but also has become home for the international community which is under the management of Rwanda government.

Volcanoes National park can be accessed by road from Kigali international airport to volcanoes national park with in 2hour drive. The best time for visiting volcanoes National Park is in the dry season from month of February, March ,June , August, September  to December.click to read more about Rwanda gorilla permits