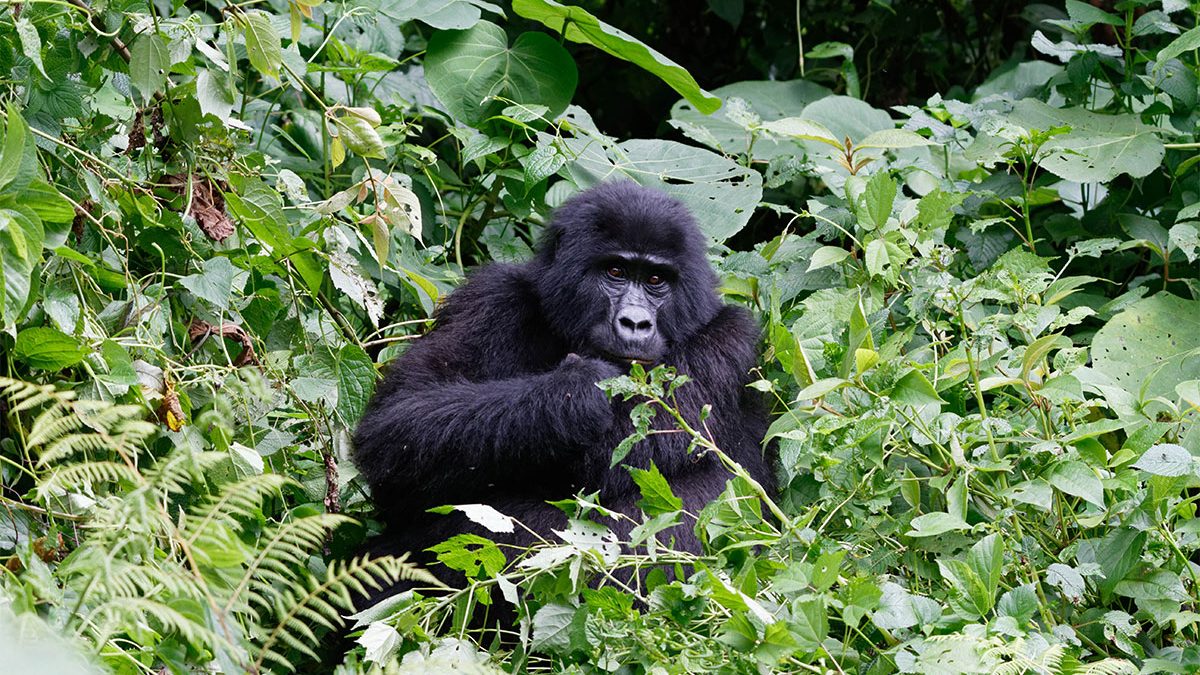 Rwanda primate safaris – Primatologist Dian fossey begun her research on mountain gorillas in Central Africa in 1967, and her work brought to light the plight of this gentle and elegant endangered species. Her legacy continues as these extraordinary primates touch the hearts and minds of people around the world. Great Adventure Safaris is proud to offer its guests in Rwanda the opportunity to see the mountain gorilla of Volcanoes national park and chimpanzees in nyungwe forest National park a life-changing adventure-travel experience that will forever be etched in your memory. The gorillas are the last remaining big apes in Africa, and their numbers are very small; poaching, trophy hunting, and habitat destruction have left around 880 of these enchanting animals in the wild.

Rwanda primate safaris-With so few left on the planet, each loss of a gorilla takes this precious species one step closer to extinction. Conservation activities in recent years, including aggressive anti-poaching efforts and close monitoring, have resulted in a slow increase in the number of wild mountain gorillas. Even the primate treks, designed to promote understanding and protection for the species, are provided to the public under extremely strict protocols that are consistently enforced without wavering. Yet, much work remains to be done before the world can feel at ease about the future of these primates.

As some of the world’s most cherished mammals, mountain gorillas are now able to roam their natural habitats relatively undisturbed. With limited space to forage and thrive, the gorillas have found solitude in protected areas of Rwanda, Uganda, and the Democratic Republic of Congo. Rangers work tirelessly as sentinels, always on watch and looking for anyone with intent to harm or capture a gorilla. The high level of protection that surrounds these African primates means that relatively few people get to see these animals in the wild. Those who do, though, understand that the experience is much more than a casual safari activity—it is, indeed, a rare privilege.

Senses heighten as your guide indicates that your group is close to a family of magnificent, isolated mountain gorillas. The slightest rustle of leaves focuses your attention on the dense foliage just ahead. Following your guide’s careful instructions, you quietly step forward and kneel down. Deep green vegetation frames a surreal and utterly captivating scene: a massive silverback male sits quietly while keeping watch over his gorilla family. He appears to be somewhat disengaged, but your intuition tells you that he is quietly vigilant. Close to the dominant giant are two females and several juveniles engaged in grooming and nibbling on succulent bamboo shoots. Just inches above them are a tiny infant, struggling to keep hold of a branch. You smile deeply at his awkward agility and determination. You sit in awe of the gorillas for the next 60 minutes, capturing every possible moment with your camera. The human-like behaviors and intimate relationships among the primates earn them a permanent place in your heart and mind. When your guide signals that it is time to leave the gorillas behind, you feel as though you are leaving behind members of your own family. For our guests, mountain gorilla treks are both educational and bittersweet–but always the ultimate holiday experience in the mountain forest parks of Rwanda.

To ensure a superior experience with the mountain gorillas of Rwanda, guests are required to follow clearly defined protocols. Guests must be at least 15 years old and in excellent physical health. The health requirement is not only to meet the demands of the trek, but also to protect the gorillas from contracting flu, colds, or other infectious diseases that can be passed from humans to primates. When in the presence of the gorillas, your guide will require you to stay at least seven meters (22 feet) from the family. This requirement ensures that the gorillas do not feel threatened and that any diseases they may carry are not passed to guests.

The Rwandan Development Board, which is responsible for managing the protection of the mountain gorillas, has a set limit of 80 permits per day for guests who wish to participate in treks to see the primates. We recommend that you plan well ahead, as this is the most popular activity among visitors to Rwanda and the permits go very quickly. If you want to include mountain gorilla trekking in your nature tour, your Great Adventure tour planner will arrange for the permit, the cost of which is included in your personal Africa safari packages

During your gorilla tours in volcanoes national park, we recommend that you wear long trousers, a long-sleeved shirt, waterproof jacket, and heavy-duty boots designed for traversing muddy, steep, and rugged terrain. You should also bring heavy gloves and a walking stick. Those who wish to hire a porter to help with camera equipment and offer a hand when you need extra support on the trails will want to bring some cash, as well. On the day of your trek, you will be assigned to a group of people who are of similar fitness levels and ages. Guests who are 45 or older are typically placed in a group that stays near the base of the mountains, while younger, more athletic guests are assigned to groups that take the more challenging hikes to higher elevations. Your group is assigned to one of the 10 gorilla families. If you are familiar with the mountain gorilla families in volcanoes national park you can request a group that is planned for that particular family of primates. Before you begin your journey to see the gorillas, you are briefed on proper trekking and mountain gorilla etiquette to maximize your enjoyment of the experience. You should expect to return to base by early evening.

Rwanda primate safaris-While the mountain gorillas in Rwanda provide our guests with a serene experience in the bush, many guests also desire a high-paced primate activity to round out their adventure vacation. Luckily, Rwanda is home to several smaller species that will entertain you with their antics and constant movement in the trees, including the rare and endangered golden monkeys, a subspecies of the more common Sykes’ or blue monkeys. These primates roam freely in the higher elevations and their most striking feature is their dark golden-orange eyes, framed by short, soft grey fur, a black stripe down the nose, and white-grey whiskers around the mouth. The primates’ spectacular coloring continues with longer fur on the face that is speckled orange and black, and a tuft of black fur on top of the head. The nape of the neck, arms, and legs are covered in black fur, while the back is covered in a golden-orange fur that matches the eyes and extends down most of the tail, except for a black tip. Golden monkeys have personalities that are just as colorful as their costumes. They spend most of their time scampering through the branches of the forest canopy, only occasionally stopping to nibble on something tender or simply gaze down at those observing them from the ground.

Golden monkey tracking in Volcanoes national park is easier to integrate into your bush trip because the Rwandan government has not set limits on the number of guests each day. The monkeys are rare and endangered, though, so we encourage you to follow similar precautions as required for mountain gorilla trekking. Guests are divided into groups of eight or fewer and each group is assigned to one of the habituated golden monkey troops. Each troop has between 80 and 100 members, and the first troop is typically located at the base of Mount Sabyinyo. Photographers should expect to exercise patience with golden monkeys, as the dense foliage and their rapid movements make photographing them difficult; only rarely will you have the opportunity to photograph a golden monkey on the floor of the forest. Rwanda is also home to numerous other primates that you will see during your activities, but planning treks specifically for mountain gorillas and golden monkeys allows you the best chance to see these two rare and endangered species. 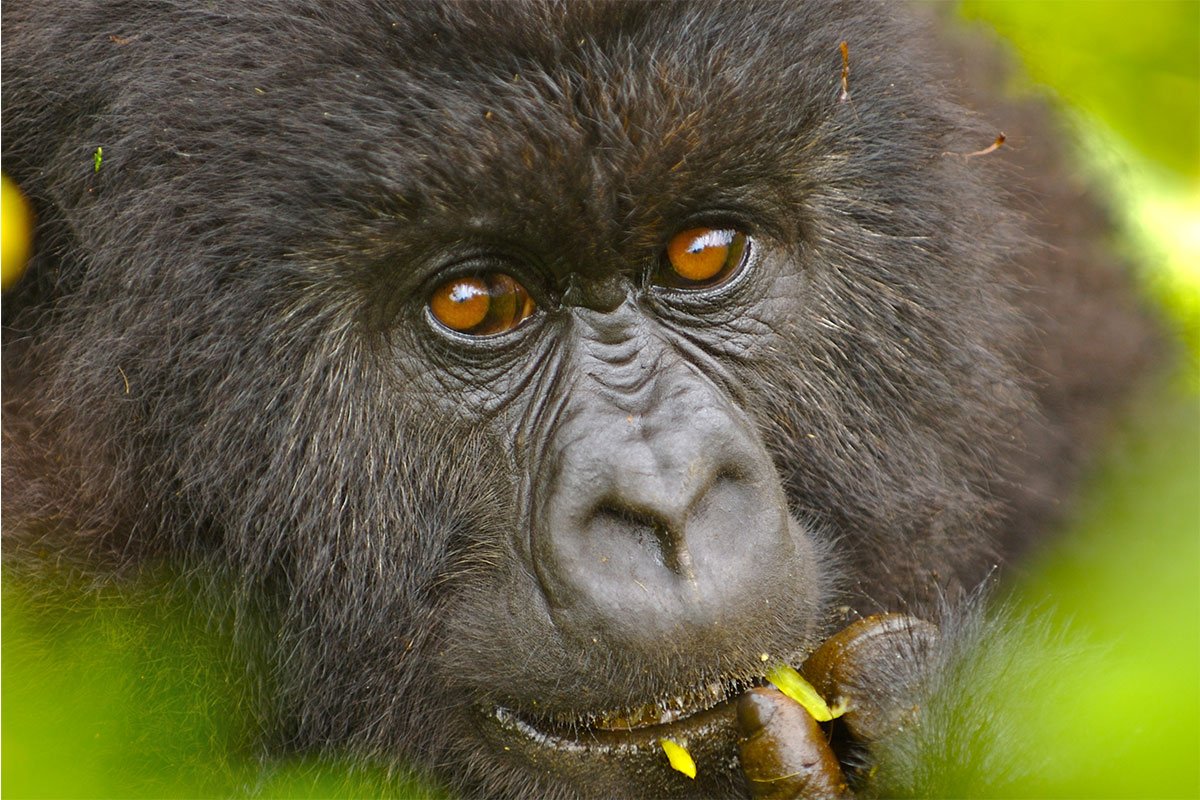 How to book Rwanda mountain gorilla permits? - we help you secure a gorilla permit for your gorilla trekking safari in Volcanoes National park How to […] 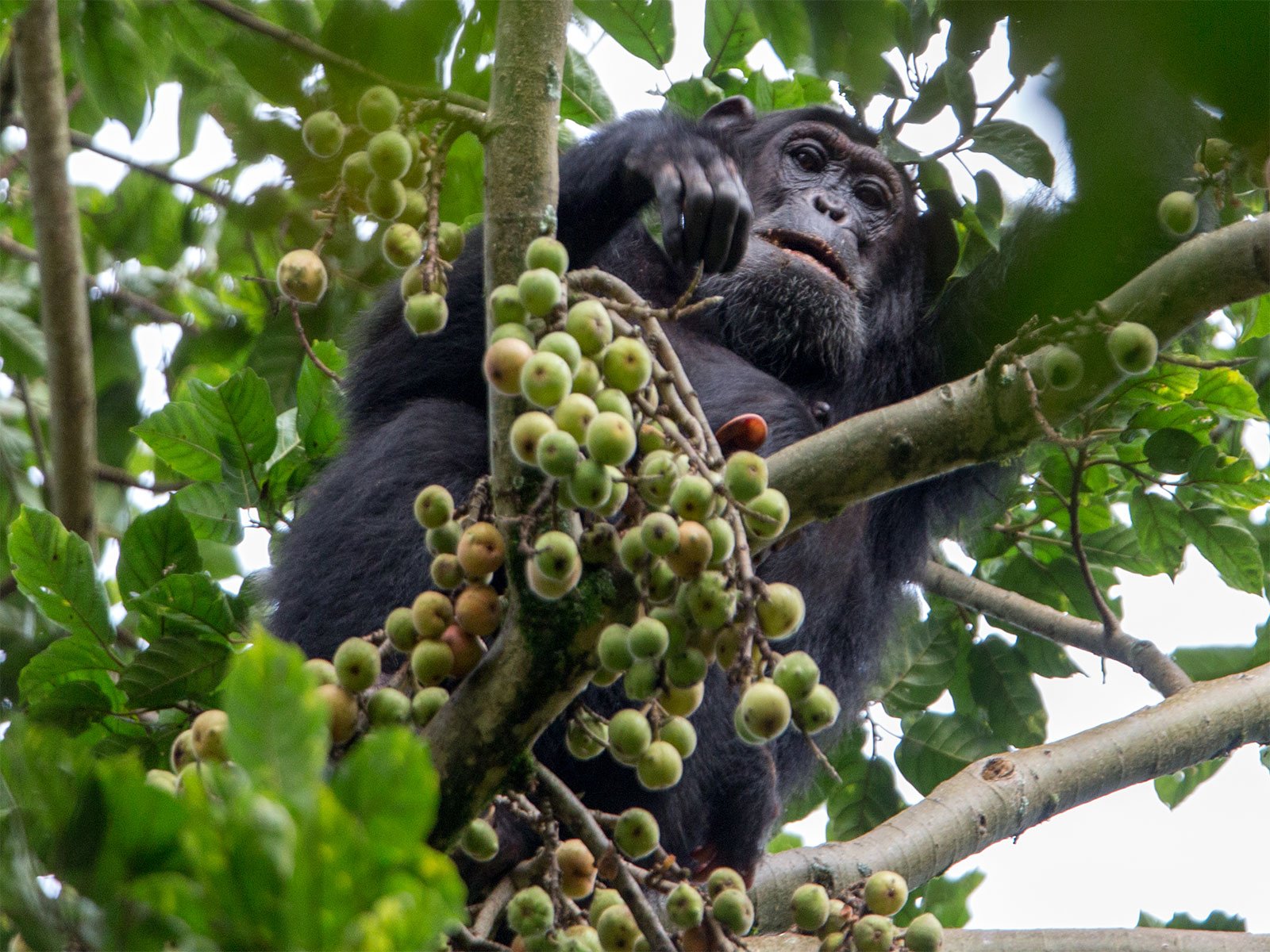 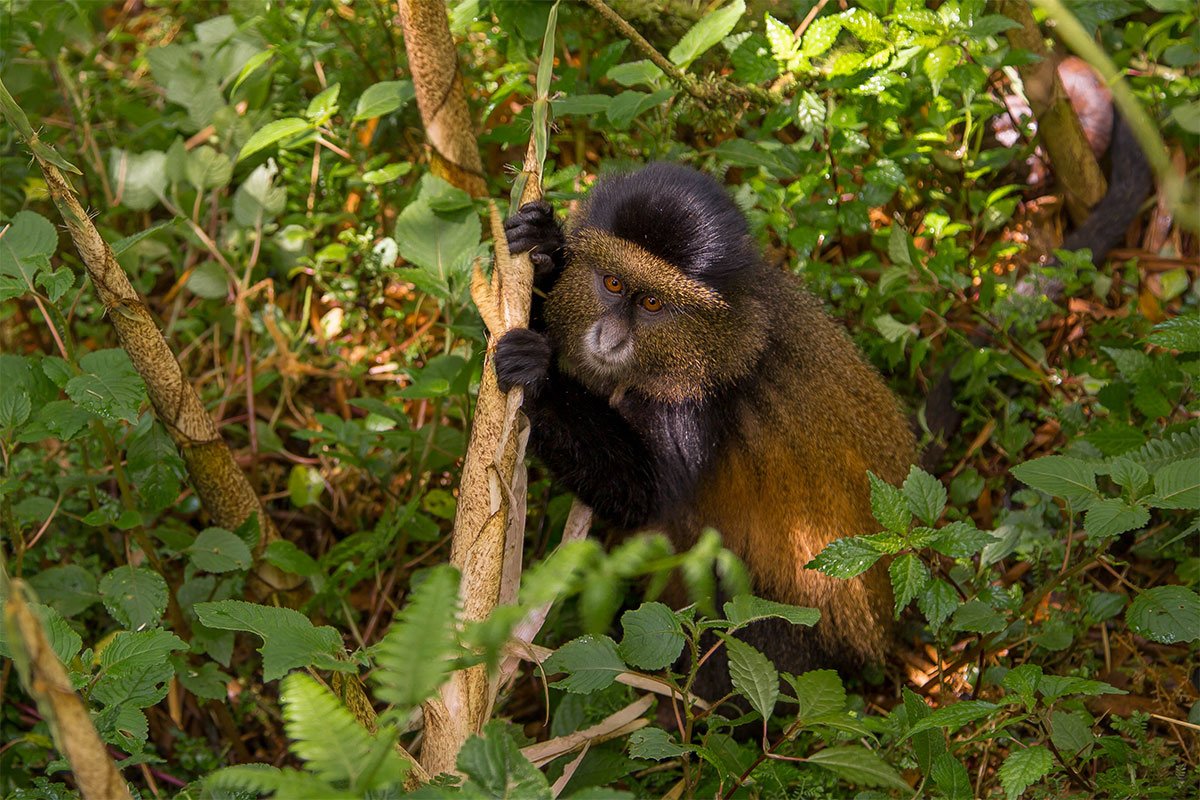