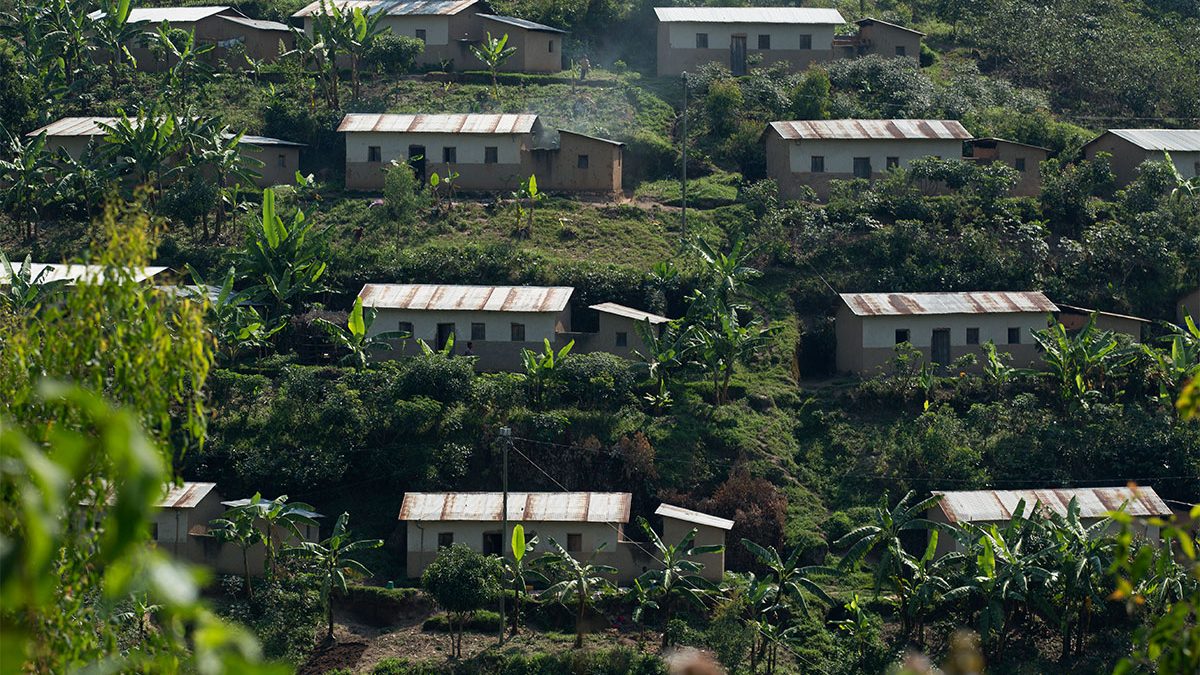 Rwanda’s Congo Nile trail – This beautiful route and a rare adventure travel gem is found nowhere else apart from the sub-Saharan Africa. This is a very remote feeling area, and yet so accessible to independent travellers. The beautiful network of local roads and trails runs along the shore of Lake Kivu in Rwanda the East African country.  It is growing more popular by the year, but currently offers just the right mix of accessible infrastructure and off-the-beaten-track spontaneity.

If you like exploring beautiful countryside and tiny villages, waking up on the shore of an island-studded lake, falling asleep to the aftermath of a thunderstorm, and sharing leisurely pantomime exchanges with curious locals, you will find your adventure on the Congo Nile Trail.

Congo Nile Trail still stands out as a unique and memorable experience among the many awesome parts of Rwanda.  If you are considering the Congo Nile Trail for your next dose of adventure travel, contact Great Adventure Safaris for all the details about how to prepare and what to expect.

Food: Buy meals and basic snacks along the way

Rwanda is one of the easier African countries to travel in. There is plenty of information out there to help you prepare for Rwanda in general, but here is a quick overview before we get down to details of the Congo Nile Trail.

Visas and getting in

Recently Rwanda was made it easier than ever to visit.  Anyone from any country can get a 30 days visa on arrival without prior application.

Rwanda is not quite as hot as many of its neighbours, but it does get plenty of rain, so avoiding the wet season is your main concern unless you love being constantly soggy.  Aim for June to September for drier (not totally dry) weather, or December to February as a next choice.  Days can feel quite humid.  Depending on where you are, nights can be chilly.

You will probably arrive by plane at Kigali International Airport. Clean and comfortable buses also run from neighbouring countries. But with Great Adventure Safaris provide its clients with transfers from and to the Airport with our professional driver guides for better experience.

The vast majority of Rwandans are Christians, somewhat evenly split between Catholics and Protestants.  The culture is not overly conservative as far as African countries go, but certainly more conservative than most western countries, so it pays less conservatively especially outside of the capital city of Kigali.  Female tourists can certainly wear pants, though most local woman wear skirts.  Tight-fitting pants or skirts above the knee might be seen as strange or disrespectful, especially in rural areas.

While the impact may not be obvious to most visitors, it’s important to understand that every Rwandan you meet over the age of 24 has lived through genocide.  During three months in 1994, an estimated 1 million Rwandans died brutal deaths at the hands of their neighbours in an ethnically motivated genocide spearheaded by the government.  That’s 14% of Rwanda’s population at the time.  People usually don’t talk about it, so my recommendation would be to not ask unless you know someone quite well or they indicate willingness to discuss.  The genocide memorial museum in Kigali is definitely worth a visit if you want to understand more about the contrast between Rwanda’s dark history and the clean, orderly, community-focused country you see today.

The Rwandan Franc is used as currency for most things, though some tour operators take payment in USD especially for larger amounts.  At the time of this writing (Sept 2018) the conversion rate is around 880 RF to 1 USD.  Credit cards and ATMs are not widely used especially in smaller towns (and definitely not on the Congo Nile Trail), so you will want to have plenty of cash (carried safely in a money belt or internal pocket).  US dollars and Euros are easily changed to Rwandan Francs at banks and forex bureaus.

Research this one thoroughly, starting with the CDC website and a travel doctor.  You’ll likely need some vaccinations and malaria prophylactic pills.  While you’re there, either drink bottled water or purify all drinking water with chlorine dioxide or another method that is effective against bacteria, parasites, AND viruses (most basic backpacking water filters sold in North America don’t meet this last criteria).

Rwanda currently has a well-deserved reputation as a safe country with very low crime rates.  This matched my experience, though I was only there for less than two weeks.  Nevertheless, it’s always smart to think about the guidelines for staying safe when wandering around in an unfamiliar place.

Transportation can be the biggest risk most travellers take in many African countries.  Be cautious when choosing a motorbike and driver, and stay off the roads after dark.

In the west, where the Congo Nile Trail is, there is a standing travel warning from some western governments because of the area’s close proximity to on-going conflict in the Democratic Republic of Congo.  Read up on this before you go to make sure things haven’t escalated, but in recent years this has not been an issue on the Rwandan side.

Solo travellers through different African countries Rwanda is one of the countries you will experience basically your safaris adventure safely as a woman traveling alone. Rwandans are respectful and reserved which makes you comfortable as a solo female traveller. In sub-Saharan African countries, it’s useful to understand that women’s’ upper legs are often seen as more sexual than breasts, which explains why shorts will get you odd looks yet the local women bathe topless in the Rivers.

The full Congo Nile Trail is a 227 km (141 mile) route stretching along the shore of Lake Kivu in western Rwanda, from Gisenyi / Rubavu in the north to Cyangugu in the south.  It was originally designed to be travelled as a roughly 10 day hike or a 5 day bike ride, though fewer people complete the full route these days because the southern half has been paved.

Since 2014 when the southern half, from Kibuye to Cyangugu, was paved, it’s more common to only travel the northern half.  This can be done in 4-5 days of hiking or 2-3 days of biking.  For those still interested in traveling the entire route, it can certainly be done, but hiking the paved road would be considerably less interesting and pleasant than the dirt paths and roads in the northern half.  On a bicycle I suppose the paved portion might be more appealing.

The Congo Nile Trail is not actually as much of a trail as it is a route patched together from local roads by the Rwanda Tourism Board.  Not that this makes it any less of a worthy stretch of dirt to walk, in my opinion. Just don’t expect unbroken single-track trail like you may be picturing when you think of, say, the Appalachian Trail in America. Also don’t expect solitude the route passes through a populated area and there will almost always be people within sight or at least earshot (often yelling “Helloooo!” from their unseen perch on the hillside).

The majority of the route is single-lane dirt road that winds along the shore of Lake Kivu, sometimes close enough to touch the water, most of the time high enough to enjoy a lovely view of it.  You’ll be walking through villages, alongside farmland, and down roads used by the locals as they go about their daily business.

The route signage seems to still be a work in progress, with shiny new signs in the beginning that peter out to sometimes contradictory directions from locals by the end.  Perfect for easing into that sense of adventure most people travel the trail from north to south, which currently makes the most sense since the northern section is more developed and an easier start.