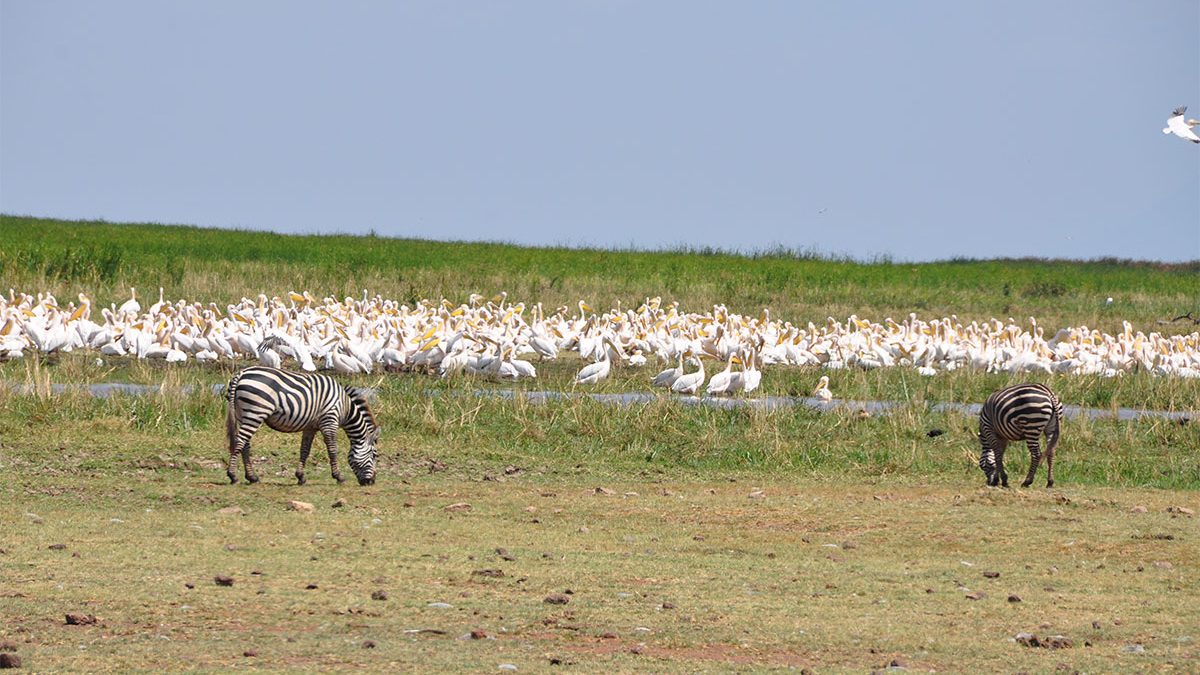 Lake Manyara has a big number of elephants, so many giraffes; zebras, wildebeest, impala, waterbuck, and warthog, small known shy Kik’s dik dik as well as Klipspringer along the ramps of the escarpment. Leopards are hosted within the broken forests and escarpment, healthy lions that are widely known for their tree climbing pranks. This used to be a special character of the park which is not the case today. Regarded as Africa’s largest, huge herds of baboons are expected by most of the travelers.

Within a short period of time, many people want to  go for Tanzania safaris  as many areas as possible and hurriedly .Therefore most of them that visit  the Manyara National Park make it as they make their way from or to the Crater usually in half a day since they do not even spend a night.

Amidst saving on money, these compromises on the time you would have spent only making it convenient to make visits to the northern quarter of the park which is usually very busy. Disappointment may sometimes come out of this because of the hurried experience during your visit to Lake Manyara.

Alternatively, while on your visit to Lake Manyara National Park; it is usually best to reside either inside the park at a permanent camp or opt for a mobile tent. It is a perfect way to adventure the park, but rather expensive. You begin your safari much earlier than all the others and even giving you an in-depth exploration into the park unlike the day visitors. You will definitely enjoy the best wildlife experience if you stay inside the park.

The other Tanzania safari option is to stay outside but near to the park gate. You can adventure the whole park by entering from here early in the morning. Along the Rift Valley escarpment you will also be able to get some affordable and low cost accommodation and offering you great views down across the park.

Birds have a varying life experience within this park. Flocks of pelicans and pink shading of distant flamingos are usually spotted in the middle of the lake. While the spoonbills, egrets, herons, stalks and other waders converge around the edges and water meadows. The captivating species will be viewed in the evergreen forests. The woodlands yield a lot. Examples here include, crowned eagles, created guinea fowl, and the noisy silvery cheeked hornbills on safari & tours to Manyara National Park Tanzania.

The game in Lake Manyara includes plenty of elephants, wildebeest along with so many giraffes, and buffalo. The numbers are very famous in terms of the zebras, impala, warthog and waterbuck. On the slopes of the escarpment, you may need to search a little hard for the tinny and renowned shy kirk’s dik dik and klipspringer.

A good habitat for lions among Manyara’s healthy lion family that are popular for their tree climbing character is made perfect by the broken forests and escarpment. Often widely regarded as Africa’s largest, huge troops of baboons which often number as hundreds are immediately definite to most of the guests.

The Vegetation of Manyara

Set under the magnificent of the Great Rift Valley’s steep western escarpment is a long narrow park that keeps the area between the escarpment and Lake Manyara safe. The shallow lake Manyara is an alkaline lake which expands and contracts according to the seasons within a long silvery bowl of salt deposits. Within the vicinity of the lake are wide grassy flood plains and further as you move away, are bands of mixed acacia woodlands. Leaving that aside, patches of captivating evergreen forests, that are kept going by perennial ground water springs from the base of the escarpment are next to the escarpment.

The road circuit is limited and can be covered in about 3 to 4 hours where you can see the animals that are always on the move.It is therefore worth to revist.Most safari companies organize for afternoon visits but taking a morning one is far much better as there are fewer other vehicles yet with more wildlife activity.

The heart of Masaai Country houses Manyara National Park. Here is where you can visit the unforgettable appealing red-robbed pastoralists who are populous in a boma. Outside the park, undertaken can be mountain bike tours, and escarpment forest walks. When water levels are suitable, canoe safaris are also offered.

Park Entrance and Access – Getting to Lake Manyara National park

In only 1 hour and 30 minutes you are able to reach Lake Manyara National Park by road from Arusha and in less than an hour still, if you are coming from the Ngorongoro crater. Bits of the northern part of the park get very busy more so in the afternoon. You are advised to stay within the park or just nearby it for two nights for you to enjoy viewing it to its fullest. You then enter the park for a complete day safari & tours to lake Manyara National Park

Two main gates, that is in the north and the south make up the 2 main entrances to Lake Manyara National Park. The northern gate has a number of accommodations located along it hence making it very busy as most of the visitors opt to use the northern part of the park. As you move towards the far south, the gate is rarely used as it usually has controlled access. Just a few lodges and camps are permitted to use this gate.

Behind the splendid scenery of the Great Rift Valley’s steep escarpment in the west is the narrow area that safeguards the area between the escarpment and Lake Manyara. The silvery bowls of salt deposits facilitate the ability of the alkaline Lake Manyara to expand contract with the seasons. Grassy floodplains neighbor it so closely while bands of mixed acacia woodlands in the far end. There are also patches of ever green forests next to the escarpment. These are kept going by the perennial underground waters coming from the bottom of the escarpment.