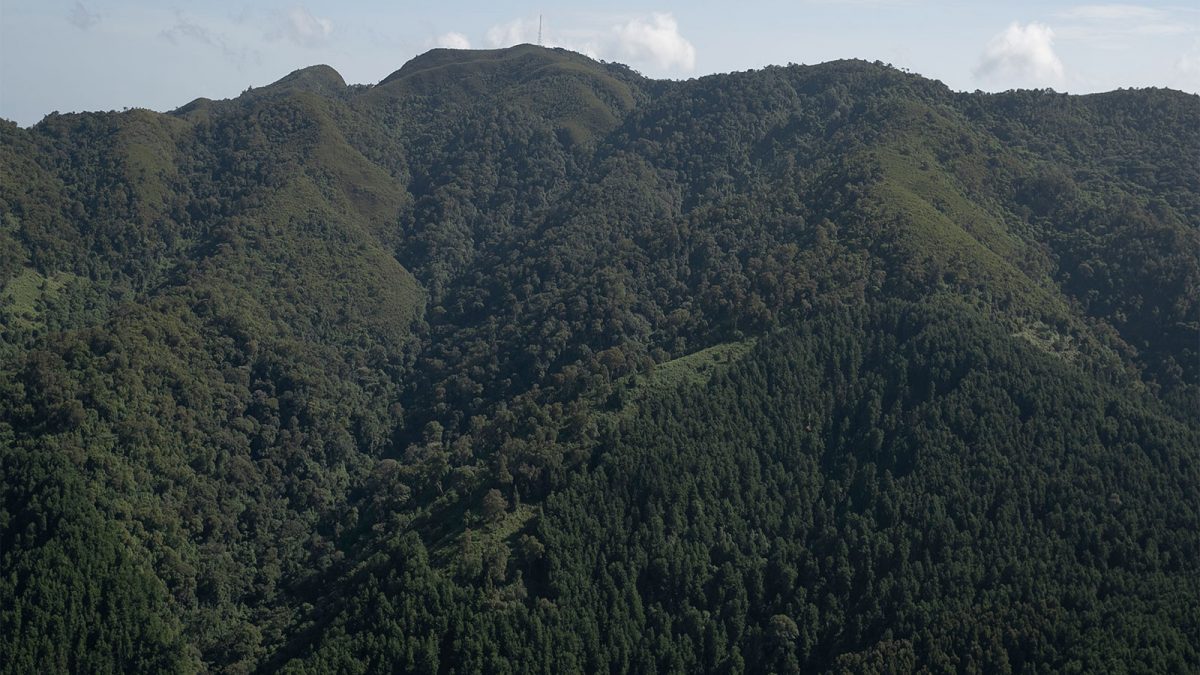 Safaris & tours to Nyungwe forest National park – One of the oldest rainforests in Africa, Nyungwe is rich in biodiversity and spectacularly beautiful. The mountainous region is teaming with wildlife, including a small population of chimpanzees as well as 12 other species of primate, including the L’Hoest’s monkey endemic to the Albertine Rift. With 15 trails, some of which are detailed here, along with various other activities, visitors can choose to sample the delights of the forest or indulge themselves for a week or more in one of Africa’s most stunning forests.

Primate tracking tops most visitor’s list, but it’s worth lingering a little longer for those with time to relax and take in the primal atmosphere.

Botanists will marvel at the 1,068 plant species and 140 orchids. The birding trips are among the best in Africa with 322 bird’s species including Red-collared Babbler and 29 other Albertine Rift Endemic species. Butterflies are also a common sight, with at least 120 species.

There are 75 known mammals in Nyungwe, such as the serval cat, mongoose, Congo clawless otter and leopard to name but a few. Many tend to be shy so sightings are luck of the draw.

Memorable and photogenic moments include walking up to the Isumo waterfall or along the canopy walk suspension bridge. Tea plantation border the edges of the park, with a habituated troop of Ruwenzori colobus monkeys at Gisakura as well as forest fringe birds.

With plenty of rainfall, Nyungwe is also the major catchment area in Rwanda, and supplies water to 70% of the country.

A ridge running through the forest forms a watershed between the drainage systems of the Nile and the Congo. A spring on the slopes of Mt Bigugu is said to be the most remote source of the Nile, the world’s longest river.

Nyungwe forest national park has highest population of chimpanzees in Rwanda roughly 400 individuals, Chimpanzee trekking is a major activity done in Nyungwe forest national park. On the actual day of trekking, travelers transfer to Gisekura park headquarters where they attend a simple bring about the trekking rules before embarking on a drive to cyamudongo park station which is a 2 hour drive from Gisekura park headquarters.

Nyungwe forest national park is a home to over 300 monkey species hence a best spot for monkey trekking. While in Nyungwe forest national park, expect to meet different species of monkeys, which include L’ hoest monkeys, black and white colobus, blue monkeys, and red tailed monkeys among others. These monkeys are similar in characters but are only differentiated by their colors. Monkey trekking is a very joyful experience given that monkeys are lively and playful creatures that keep you alert all the time by their continuous movements, shouts while jumping over you across tree branches

Forest walks and hiking trails
a forest walk /hiking trail is the best way to explore in full the beauty of Nyungwe forest national park. The national park has over 13 hiking trails, which are approximately 130 kilometers, which lead travelers into the interior of the forest. Each trail lead to a different point such as waterfalls caves and swamps and each trail offer unique features. The hiking trails include Igishigishigi trail, Bigugu trail, Ngabwe trail, Isumo waterfall trail, Kamiranzovu marsh trail, Karamba birding trail, Source of the Nile trail, Irebero trail, Muzimu trail, Imbaraga trail, Congo Nile trail, Umoyove trail, and Rukuzi trail among others.

Nyungwe National Park has a pleasant climate that makes it perfect for your safari activities in the park during the dry season. Since its forests lie at heights of 1600 to 2000 meters above sea level, it has a cool, temperate climate that visitors generally find pleasant. Rwanda, being located on higher altitude, coupled with a latitude just two degrees south of the equator, makes for particularly comfortable tropical conditions. Daytime high temperatures typically range between 25C and 27C (77F to 81F) degrees, while the nights are cooler and temperatures typically hover around a minimum of 13.5C (56F), and rarely higher than 16C (61F).

So the best time to visit Nyungwe forest national park is from late May to early September and from December to February.

How to get to Nyungwe forest national par?.

By Road – From Kigali via muhanga-Huye Nyungwe Forest national park is located south of the country about 200km/124mi from Rwandan capital Kigali via muhanga and kings palace in Nyanza then proceeding to Butare from butale then you connect through the hilly roads to the park before arriving at the park headquarters in Gisekura. From Huye Nyungwe forest national park is located 87km/54mi from Huye (Butare) as many tourists tent to make an overnight in Huye in order to do activities on the way to the forest this is advisable as the direct trip can be stressing, From Rusizi/Kamembe airport Nyungwe forest is 55km/34mi from Rusizi. The drive takes about an hour for clients flying in to the park Usually, Nyungwe Forest is visited as part of a 4×4 tour around the country with a driver-guide.

How to get to Nyungwe forest National Park by air – Akagera Aviation offers charter helicopter transfers to Nyungwe forest national park and this can land directly at the one &only Nyungwe house however those who use Rwanda Air will land in Kamembe airport in Rusizi which is an hour drive to the park headquarters.