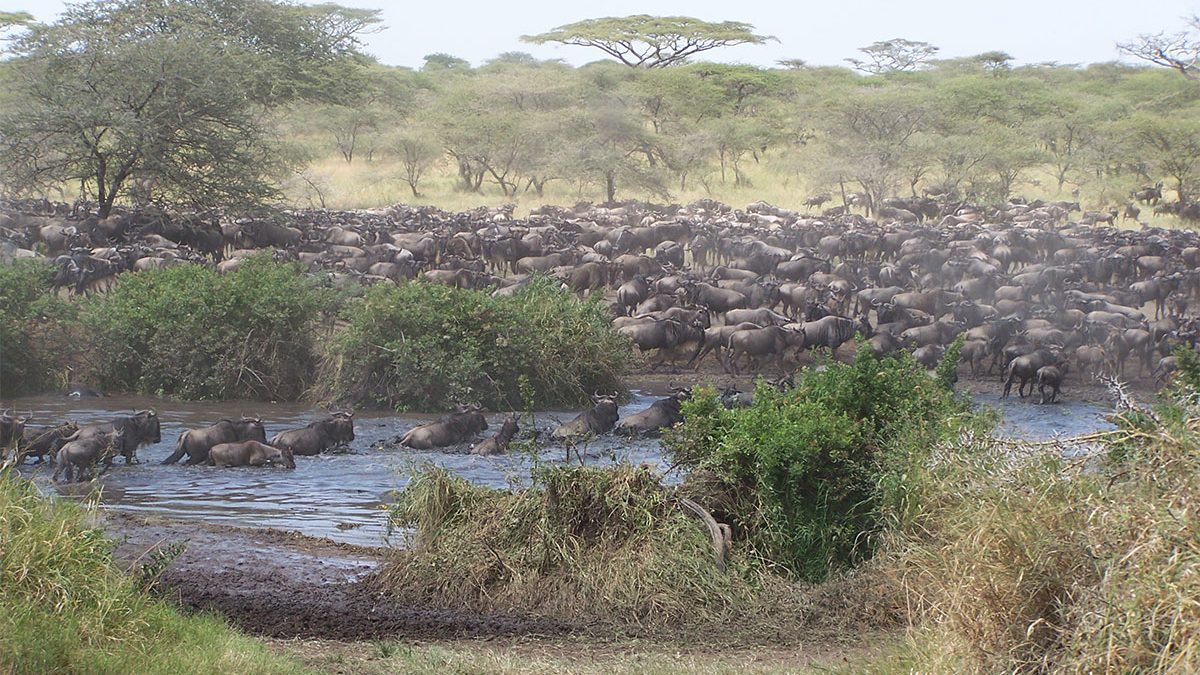 Seronera river serengeti Tanzania – Water is a key factor for wildlife survival in Africa as many people know the annual rains in masai Mara and Serengeti great wildebeest migration is triggered by the rains.

This is undoubtedly one of the best places in the entire Serengeti National Park where you can spot cheetahs and lions; with its Water Rivers and seasonal swamps, it is the ideal habitat for wildlife, Leopards are commonly spotted on the branches of the sausage trees that line the Seronera river Serengeti Tanzania , where they usually drag their prey and hold it in a safe position, not reachable by other predators.

Some studies show that this is precisely one of the areas with the highest concentration of leopards in the entire Africa.

The lions on the other hand are often spotted along the river always lurking, ready to catch prey that comes here to drink.

Here reside several lion prides that are the subject of study and monitoring under the Serengeti Lion Project; the pride studied under this project are: the Maasai Kopjes pride; the Makoma Hill pride; the Campsite and the Seronera pride.

The river is also home to the huge Nile crocodiles, often standing motionless on the river banks with their mouth open, to regulate their body temperature. There are also hippos that spend their days immersed in water and you can often see just the ears and the big nostrils, while at night they emerge from the water bed and graze on the grass that grows near the river banks.

Visitors to the Retina Hippo Pool are permitted to leave the jeep and view on foot the hippos in the pool, where they are huddled together, that inevitably causes the break-out of fights for the territorial domination.