The jewish community of Uganda near Mbale 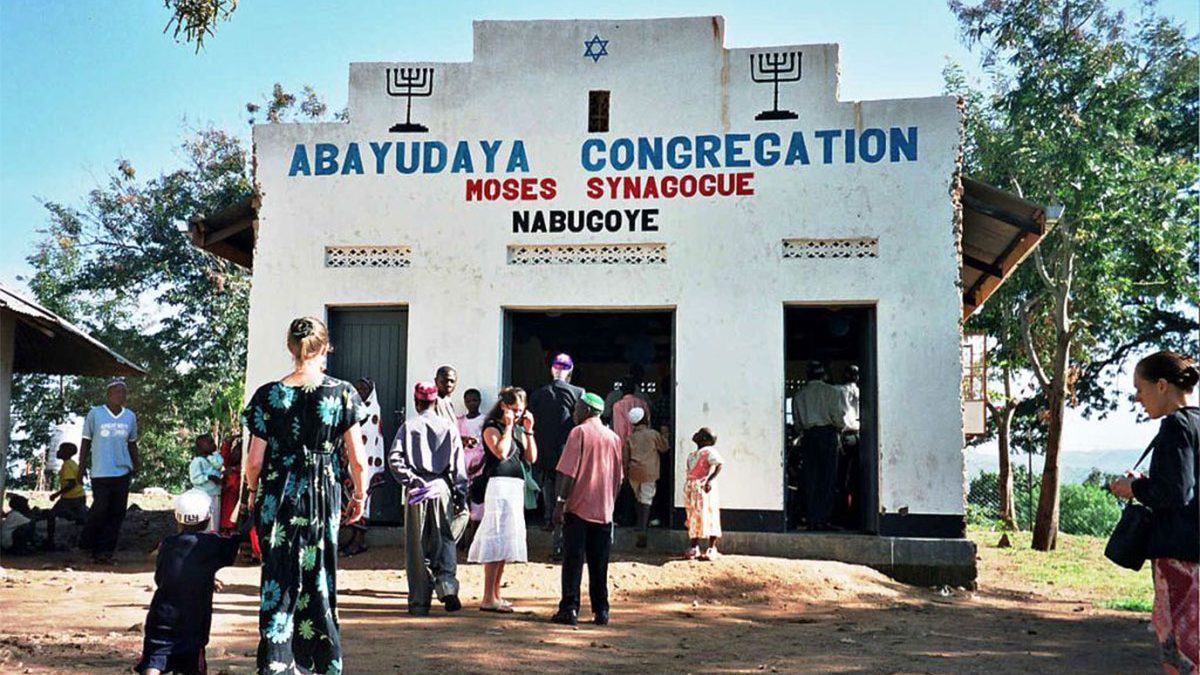 The jewish community of Uganda near Mbale  – Abayudaya of Nabugoye Mbale

The jewish community of Uganda – The Abayudaya or The People of Judah practice Judaism and are found in the villagers of Putti in Mbale district, Uganda. The group owes its origin to a Muganda military leader Semei Kakungulu was converted to Christianity by British missionaries around 1880. He believed that the British would allow him to be King of the territories, Bukedi and Bugisu, which he had conquered in battle for them. However, when the British limited his territory to a significantly smaller size and refused to recognize him as the King as they had promised, Semei Kakungulu began to distance himself from them.

In 1913, he became a member of the Bamalaki sect, a sect which followed a belief system that combined elements of Christianity, Judaism and Christian Science, most notably, a refusal to use western medicine. This led to conflict with the British when the Bamalaki refused to vaccinate their cattle. However, upon further study of the Bible, Semei Kakungulu came to believe that the customs and laws described in the first 5 books of Moses were really true. When, in 1919, Kakungulu insisted on circumcision as prescribed in the Old Testament, the Bamalaki refused and told him that, if he practiced circumcision, he would be like the Jews. Kakungulu responded, “Then, I am a Jew!” He circumcised his sons and himself and declared that his community was Jewish.

He fled to the foot of Mount Elgon and settled in a place called Gangama where he started a separatist sect known as Kibina Kya Bayudaya Absesiga Katonda (the Community of Jews who trusts in the Lord).” The British were infuriated by this action and they effectively severed all ties with him and his followers.

The arrival of a foreign Jew known as “Yosef” in 1920 whose ancestral roots are believed to have been European, contributed much towards the community’s acquisition of knowledge about the seasons in which Jewish Festivals such as Pesach, Shavuot, Rosh Hashanah, Yom Kippur, Succot, and others take place. A source in the Abayudaya community confirms that the first Jew to visit the community was Yosef, who stayed with and taught the community for about six months, and would appear to have first brought the Jewish calendar to the Abayudaya community.

Furthermore, the laws concerning Kashrut were first introduced to the community by Yosef. The community continues to practice kashrut today. Yosef’s teachings influenced Semei Kakungulu to establish a school that acted as a type of Yeshiva, with the purpose of passing on and teaching the skills and knowledge first obtained from Yosef.

After Semei Kakungulu’s death from tetanus in 1928, Samson Mugombe Israeli, one of his disciples, became the spiritual leader of the community. They isolated themselves for self-protection and survived persecution, including that of Idi Amin, who outlawed Jewish rituals and destroyed synagogues. During the persecutions of Idi Amin, some of the Abayudaya community converted to either Christianity or Islam in the face of religious persecution. A core group of roughly 300 members remained, however, committed to Judaism, worshipping secretly, fearful that they would be discovered by their neighbors and reported to the authorities. This group later named itself “She’erit Yisrael” the Remnant of Israel, meaning the surviving (Ugandan) Jews.

In 1962, Arye Oded, an Israeli studying at Makerere University, visited the Abayudaya and met Samson Mugombe. This was the first time the Abayudaya had ever met an Israeli and the first Jew they had met since Yosef. Oded had many long interviews with Mugombe and other leaders and explained to them how Jews in Israel practiced Judaism. Oded then wrote a book (“Religion and Politics in Uganda,”) and numerous articles on the community and their customs which introduced them to world Jewry. The community underwent a revival in the 1980s.

Approximately 400 Abayudaya community members were formally converted by five rabbis of the Conservative branch of Judaism in February 2002.

Find the woods unexpectedly; the synagogue is a simple, yet appealing rustic red-brick building to revamp. The Jewish community of Uganda  in the outskirts of Mbale on Nabugoye hill dadtes from the early 20th century and services in English and Hewbrew are held on Fridays from 6:00pm to 8:00pm and Saturdays at 9:00am.