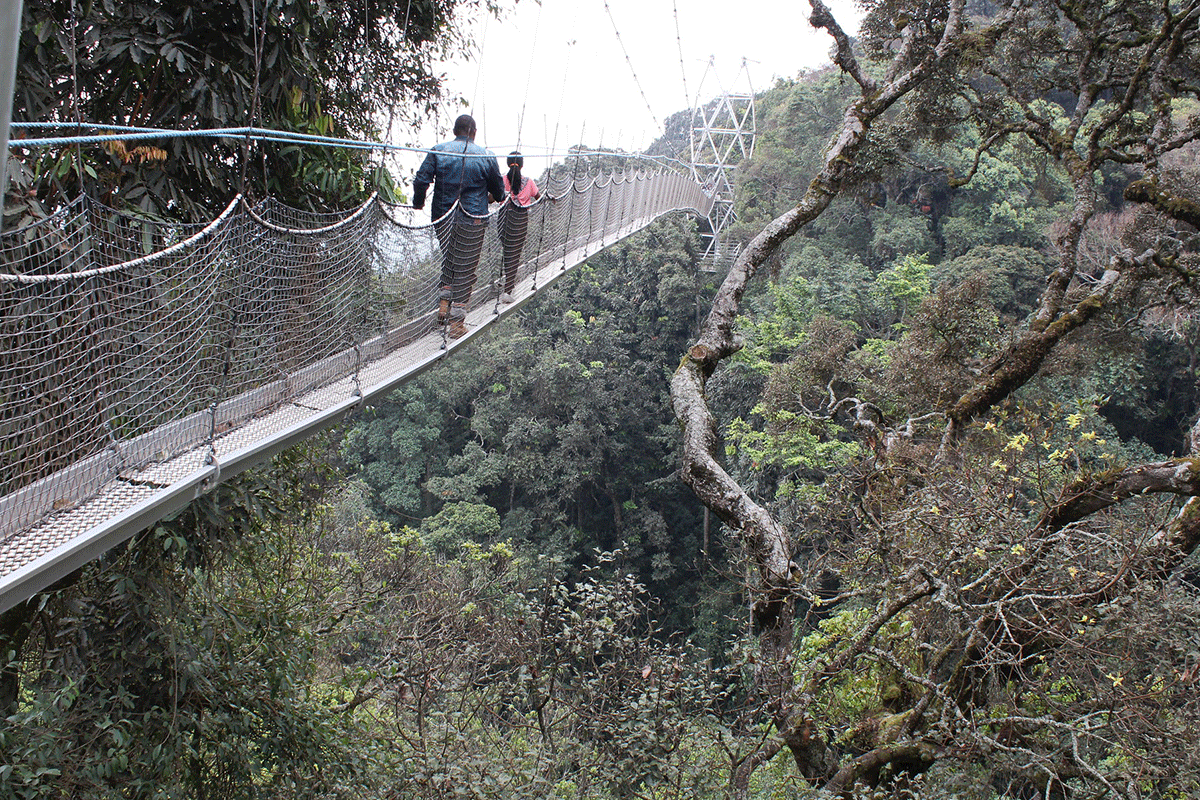 The canopy walkway was built by the Green Heart NGO group in 2010 supported by U.S.A.I.D. The walkway has a 160 Meter stretch divided into 3 sections. The first is a 45 Meter stretch, followed by the longest at 90 Meters and the shortest at 25 meters. The highest point from the 90 Meter walkway is 70 meters from the ground.

All those interested in this activity must be at least six years of age and above, also children must be accompanied by adults, you should bring a raincoat as rain frequently falls in the forest, but if you don’t come with a raincoat you can rent one as well as walking boots and sticks at the Uwinka visitors centre in Nyungwe Forest National Park

The canopy walk is a guided tour starting from the Uwinka Visitors Center in Nyungwe Forest, followed with a 30 minutes’ walk via the igishigishi trail in a steep slope deep into the Nyungwe Forest to the starting point of the walkway. The walkway can however also be done via the long trails of Imbaraga or the Umuyove.

Many other primates, bird species, butterflies can be spotted from the top of the Canopy walkway with also great views of the entire forest canopy including Lake Kivu on a clear day.