Volcanoes National Park, also known as Parc National des Volcans in french and Pariki y’Igihugu y’Ibirunga in native Kinyarwanda sits on the north-western province of Rwanda in a small town called Musanze-Ruhengeri. This National Park is apparently the oldest National Park in the entire African continent and harbors the endangered Mountain Gorillas of Rwanda that are always available for tourists who would love to carry out Gorilla tracking in Rwanda. 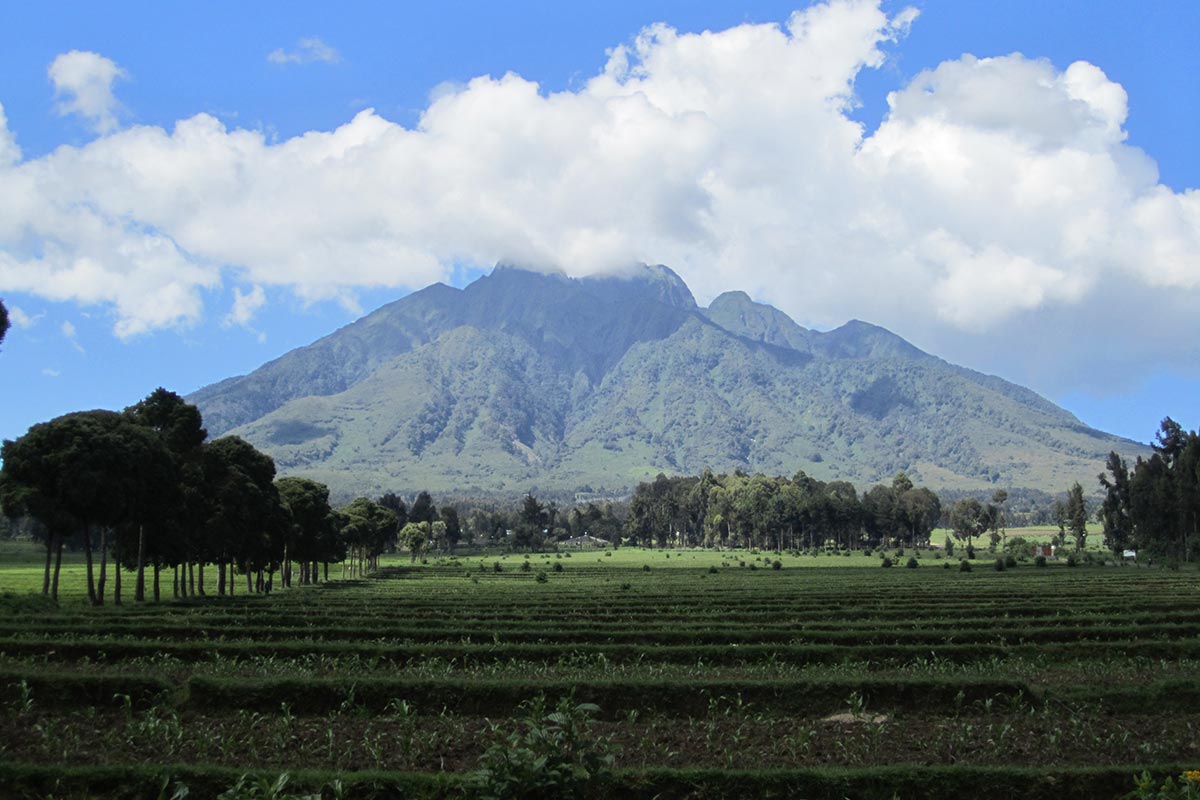 Several years ago, this National Park acted as a base for American zoologist Dian Fossey – A lady who turned out to be so passionate about Gorilla conservation that her works still live on till today. The prime attraction of Volcanoes National Park is the endangered Mountain Gorillas (Gorilla beringei beringei) with other mammals that also inhabit its plains. Some of these mammals include: Golden monkeys, Buffaloes, Black-fronted duiker and Bushbucks.

A few reports also claim that a small number of Forest Elephants can be found in this National Park but on very rare occasions. The Bird life spans at 178 species, with about 12 of the main species and 15 of the subspecies being endemic to the Virunga conservation area and the great Ruwenzori Mountains. Several activities are run by the Rwanda Development Board for tourists with the main one being Gorilla trekking. Other activities however include Golden Monkey tracking, twin lakes visit, mountaineering, visiting Dian Fossey’s tomb, touring Iby’Iwacu cultural village plus a few community visits. 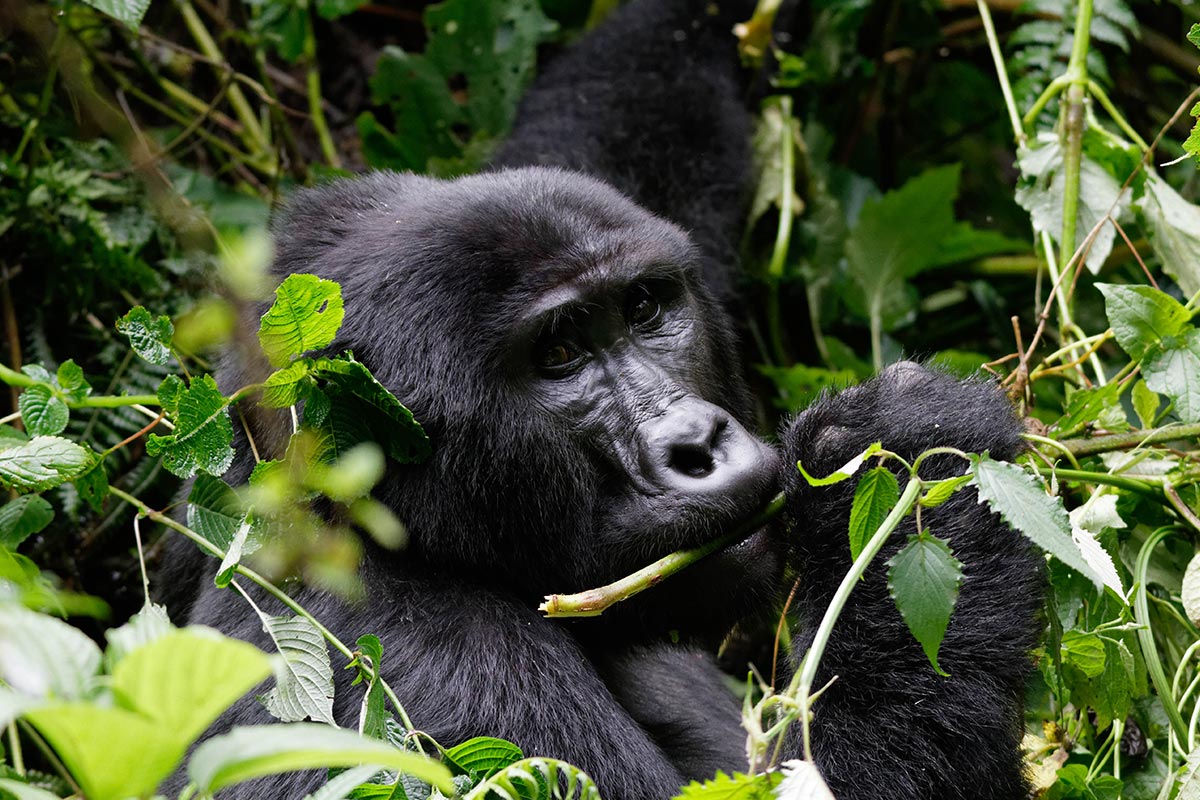 Great Adventures Uganda organizes Rwanda Gorilla safaris and tours to Volcanoes National Park to trek the endangered Mountain Gorillas. It is advised that you book your Gorilla trek at least 3-5 months in advance. Volcanoes National Park Gorilla tracking is one of the sought after activity and sometimes Rwanda Gorilla permits tend to sell out quickly. This mostly happens in high season months of June, July, August, September, December, January and February when rains are relatively low and nobody would like to trek Rwanda Gorillas in rainy season if there is a chance to avoid it. We will arrange to book your Rwanda Gorilla permits before they run out of stock at Rwanda Development Board, book your accommodation and organize your transfers to and from Volcanoes National Park. Great Adventures Uganda has been organizing Gorilla safaris to Rwanda and by contacting us, you will benefit from our health experience that has been acquired over a time. 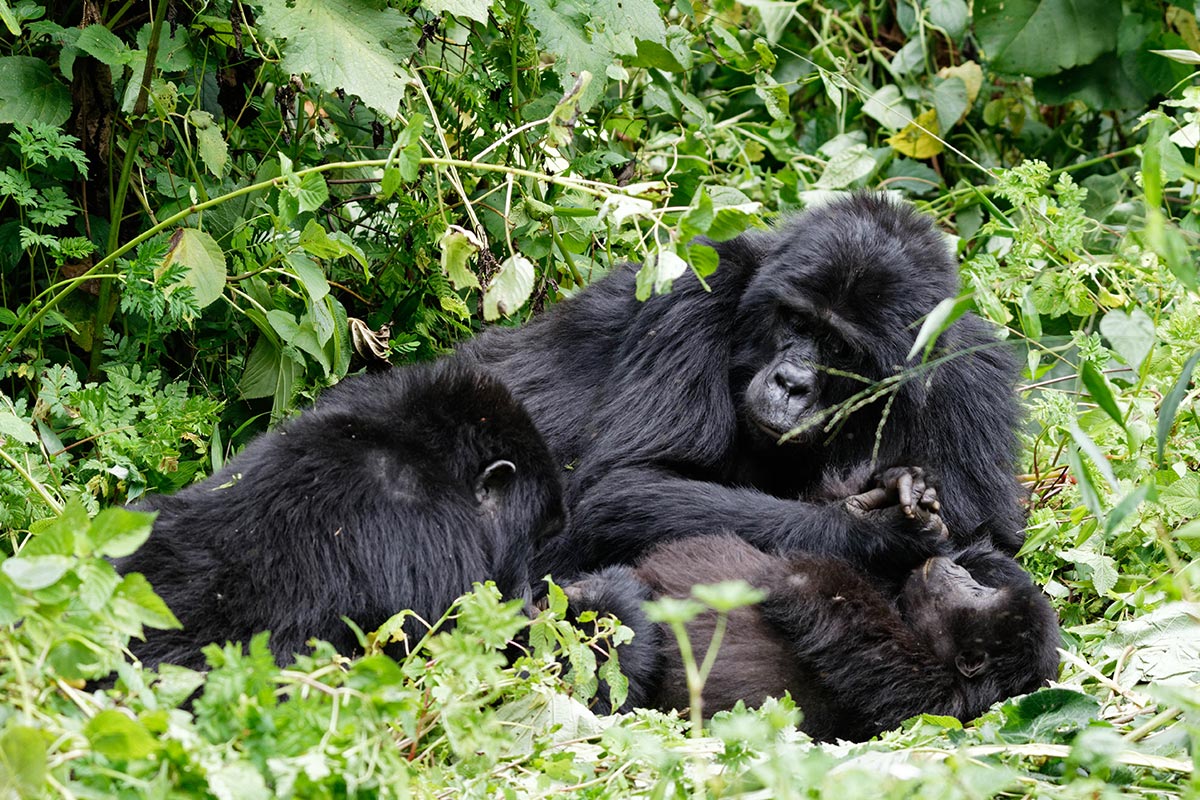 Mountain Gorilla tracking is a field exercise that involves traveling into the Gorilla habitat, exploring the forest, walking in the footprints and following all leads of fresh Mountain Gorilla presence until you reach their exact location. Mountain Gorillas live in a family of several individuals with a dominant adult male called Silverback, because of a patch of whitish mane that develops on the back due to old age. The family lives in a particular range where the silverback controls activities in the family. He determines timing of activities, what to feed on, where to feed from, settles disputes in the family, enjoys unlimited mating rights and provides security for the family. Each evening adult members in the Mountain Gorilla family builds nests to sleep in overnight. They never for whatever reason return to the same nest forever. Teams of scouts and trackers set out early morning into the forests to locate the Mountain Gorilla families before they leave their nests and monitor their health status. The Mountain Gorilla trekking teams not exceeding eight visitors receive radio messages from scouts and follow the course of direction and speed at the movement. The terrain is rough, the vegetation is thick, the Gorillas are physically fit, highly mobile and adapted to the environment. The Mountain Gorilla tracking expeditions are adventurous, exciting, fun, educative, but equally energy exhausting.

Volcanoes National Park is a bird watching area in Rwanda with some unique bird species that are a lot harder to spot elsewhere. It is a popular Rwanda birding safari destination with rare Albertine rift endemic species. Teams of birding enthusiasts set out early morning, wander into the rainforest in search of priority forest birds hidden in the canopy or forest floors. Quite often, they get an opportunity to spot their preferred bird species.

Golden Monkey trekking is another primate species resident in the larger Virunga Volcano region and Volcanoes National Park in particular. Study and research into the lifestyle of Golden Monkeys are not as pronounced as Mountain Gorillas, but in reality, the two wildlife species are equally threatened. Golden monkey tracking expeditions set out early morning at the National Park offices and traverse the valleys and wetland vegetation in search of feeding areas; thick bamboo forest. Bamboo shoot is Golden monkeys’ best diet and rarely go beyond bamboo zones. The Golden monkeys are beautiful, charming, very active and very entertaining to track.