The hike to the top of any waterfall is an exceptional experience you should not miss out, the land of a thousand hills is blessed with stunning waterfalls, all situated in different locations. There are no clear words that can describe how stunning it feels but waterfall hiking is the best way to explore the natural wonders which nature has blessed Rwanda with. Despite the joy it feels, waterfall hiking takes perseverance, bravery and energy to reach the top of the falls. The waterfalls are sources of most rivers and streams, which serve as a source of water for domestic use and agriculture. Waterfalls are well discovered by a nature walk, which is also an added opportunity to see bird species and other animals such as the Colobus monkeys, Red-tailed monkeys, Black and white colobus and the Blue monkeys among others. Interestingly each waterfall has an exceptional history, which makes it more memorable. Travellers are reminded to carry their cameras to capture the beautiful snaps for reference and memory. 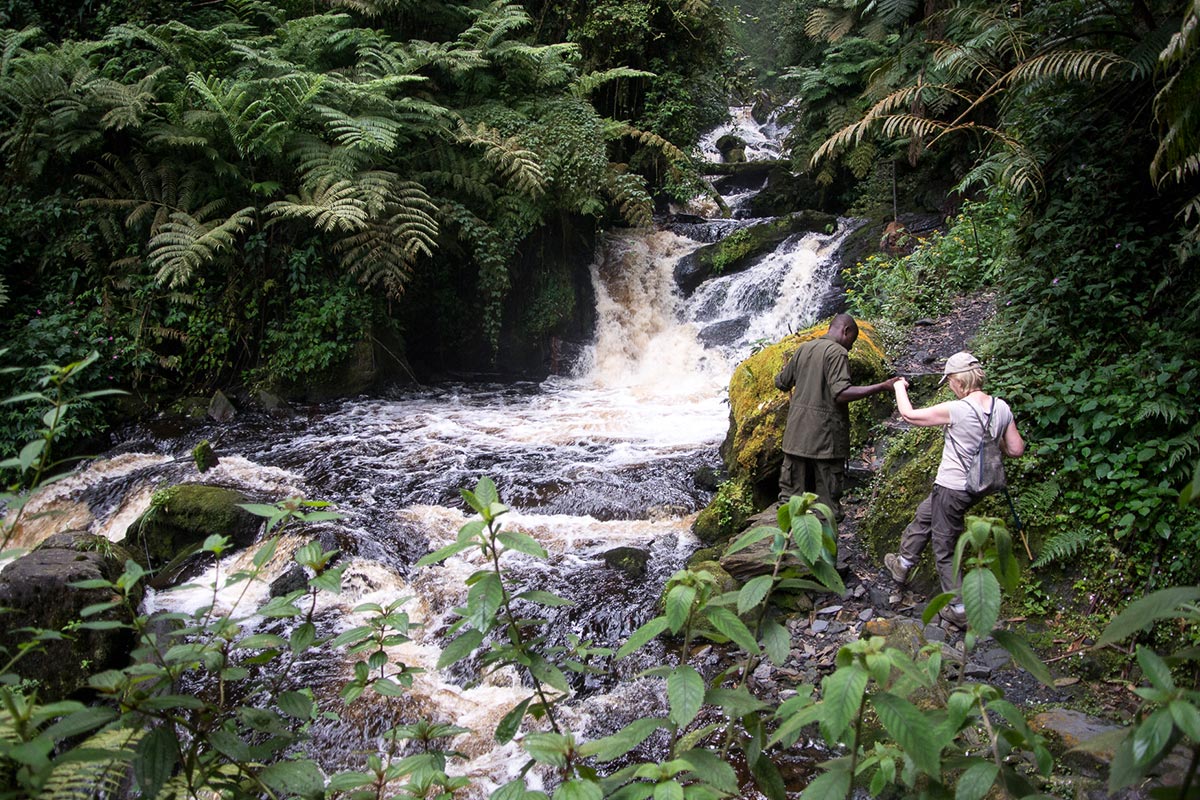 Located in the heart of Nyungwe Forest National Park originating from Kamiranzovu swamp, this waterfall is one of Rwanda’s natural wonder you must visit. Kamiranzovu waterfall is divided into two parts one falling at roughly 50 meters with a permanent mist while the other one falls creating a pool. The speed at which the waterfall drops depend on the s available rainfall but it mostly fast due to the heavy rainfalls received in Nyungwe Forest. The waterfall is approximately 10 kilometres from the starting point and travellers hike through tea plantations and thick forest with slippery and muddy grounds, which make it quite strenuous to get there. Travellers are reminded to carry raincoats, sweaters and long-sleeved shirts to deal with the unpredictable forest weather. Porters, walking sticks and hiking boots are very helpful on this hike. The beautiful dense vegetation surrounding the waterfall is best for photography. 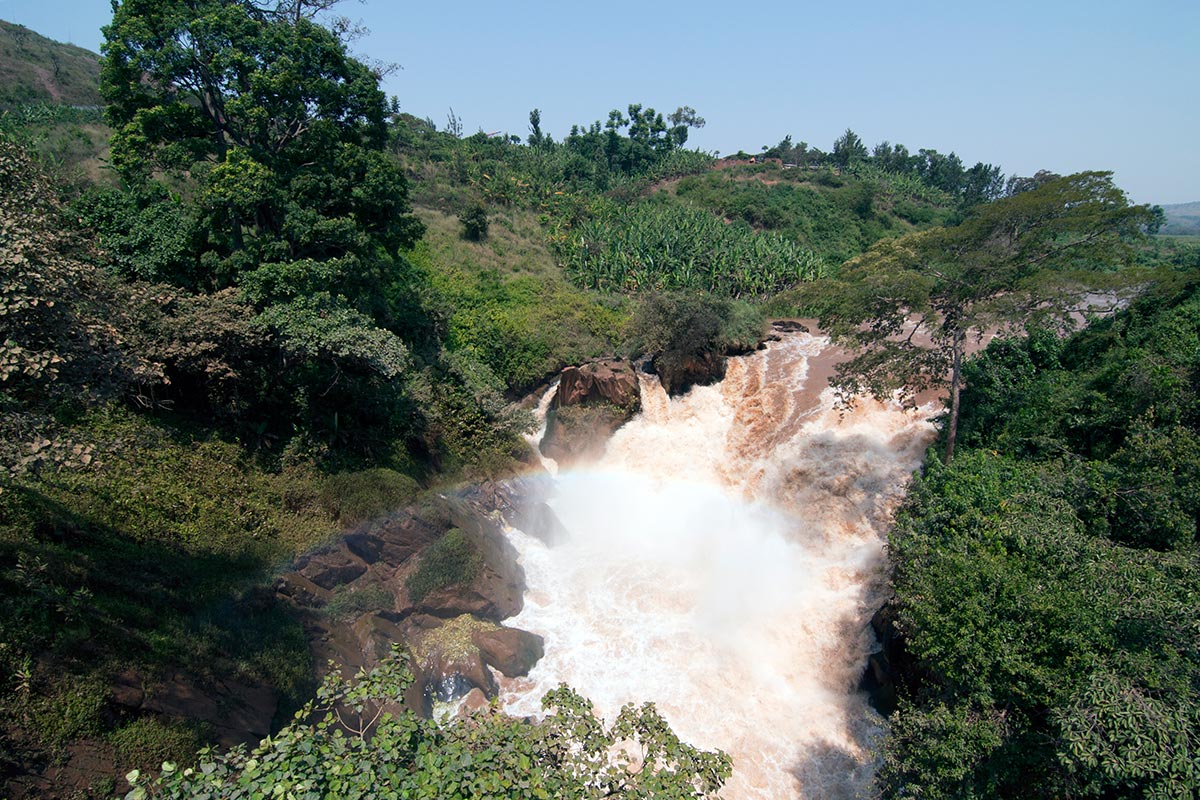 Rusumo Waterfall was discovered in 1894 by Gustav Adolf Von Gotzen from Germany during his safari to Tanzania crossing over to Rwanda. Rusumo Waterfall is along Rwanda and Tanzania border and its 15 meters high and 40 meters wide with an interesting history regarding its discovery and formation. In the horrific Genocide in 1994, hundreds of innocent lives were drowned beneath the waterfall trying to run away from the killers while others use the Rusumo river, Akagera Bridge to cross over to the neighbouring Tanzania saving lives.