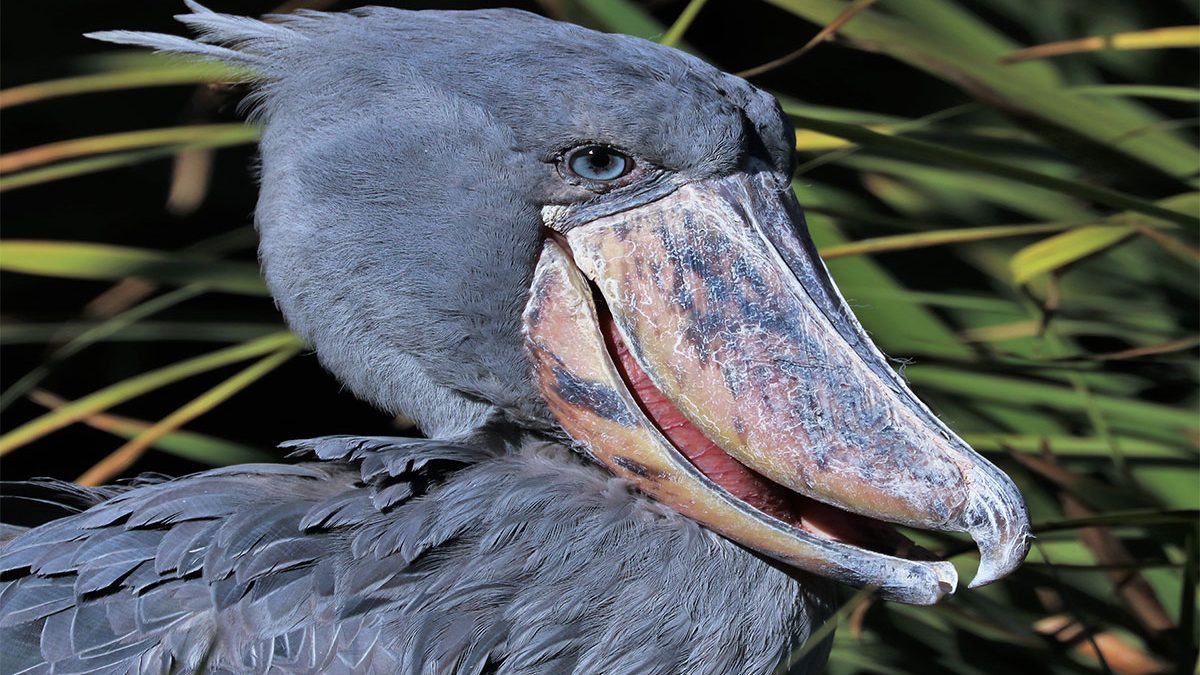 Uganda is one of the top Shoebill filming locations and the best bird watching destination in Africa with over 1046 bird species on record. The Shoebill is one of the rare and endangered bird species in Africa that has attracted film companies to do film productions about it. Uganda now has the biggest population of Shoebill storks in the entire region of about 1050 and most are seen around the swamps, shores of Lakes and Rivers because they mostly feed on aquatic life.

The Shoebill storks are very beautiful and unique bird species that interest most filming companies. The Shoebill being a rare species can be spotted in less than 10 places in Uganda where you can do filming. There are various types of storks in Uganda namely Yellow billed stork, Shoe bill stork, Marabou stork, Saddle Billed stork, open billed stork and you can do a production film on any of them.

For those with less time and want quick filming results, the best place to film the Shoebill in Uganda is the Uganda Wildlife Education Centre. The Zoo is located in Entebbe and it stretches to the Lake Victoria and gives an opportunity to have film production in the shortest time possible. The Zoo is very close to Entebbe International Airport and it is just a 10 minutes’ drive that gives you chance to do filming near the airport and you fly out or proceed to other filming locations in Uganda. You can do filming of other wildlife at the Zoo as well and as your local fixers, we will organize all permissions, Media Accreditation for your shoot to be a success of filming the Shoebill.

Mabamba Bay Swamp is one of the most common filming locations for the Shoebill stork in Uganda, Mabamba Bay Swamp is one of the biggest swamps on Lake Victoria and can easily be accessed from Entebbe using a motorized boat that takes you around the swamp. You may require hiring more boats for the crew and equipment to ease the filming production.  Shoebill stork can be spotted here as well as other bird species; you can either go on in the morning or evening or even do both depending on your interests to have a good shoot of the Shoebill.

Makanaga Bay Swamp is one of the best Shoebill spots in Uganda where you can film this rare and endangered bird species and the swamp is found on shores of Lake Victoria. You can get there from Kampala or Entebbe by a canoe boat to the swamp, and it gives you a great view of the Shoebill stork and other bird species when you do a film production in the area. The trip to Makanaga swamp starts in the morning with a canoe boat ride having our swamp/local guide who will be telling you the history and also spotting lots of bird species and other aquatic life on the swamp in their natural environment.

The Lugogo Swamp is closer to the Ziwa Rhino Sanctuary and it is another best place in Uganda that you are almost guaranteed to see and film the Shoebill stork and about other 300 bird species. This gives you an opportunity to film both the Shoebill and the Rhinos. You will take a canoe boat ride on the swamp early morning with the local guides to start your Shoebill filming on the swamp. You can carry a pair of binoculars as part of the equipment to help locate the shoebill or you can obligate us to hire in advance to supplement your view and shooting.

You can as well film the shoebill stork along the Albert Delta in Murchison falls National Park, though the bird is rare but there chances of better spotting during January to March regarded as the dry season. Choosing Murchison falls National Park as your filming location of the shoebill, it has diversity of birdlife, wildlife such as Lions, Giraffes, Elephants, Buffalos and many more that can make your production a very beautiful one. You can opt to fly or drive to Murchison falls to film the shoebill and there are many accommodation choices to stay in considerate of your budget structure. Contact us for a quotation and we shall guide your filming.

Semuliki National Park is another best filming location for shoebill in Uganda. The National Park has about 400 bird species on record of the country’s forest bird species and it gives you an opportunity to spot different bird species on your shoot to compliment the Shoebill filming.  You can as well film the Sempaya Host springs while here which is key highlights that you shouldn’t miss, the River Semuliki that meanders having oxbow Lakes. Semuliki National Park also has around 5 endemic Albertine bird species and some of the highlights are; Black Dwarf Hornbill, Red billed dwarf hornbill, the Swamp Palm Bulbul, the white crested hornbills, blue and Blue-billed Malimbe, Great Black-casqued Wattled Hornbill, the Piping Hornbill and many other bird species.

The Shoebill stork can be filmed in Queen Elizabeth National Park around the swamp on the shores of Lake Edward in the Ishasha Sector. You can add the Shoebill filming to the filming of for tree climbing lions in Ishasha Sector, Great Film Fixers Uganda will handle all the ground services and permissions, You are required to also pay filming fees to Uganda Wildlife Authority of 40% of the Park entrance fees, 15% Monitoring fees on top of the park entry fees.   Ishasha wilderness area is the southern region of Queen Elizabeth National in western Uganda, and this is the second biggest National Park in Uganda for wildlife viewing and filming.

Requirements to film the Shoebill in Uganda

Filming the Shoebill in Uganda is very possible and will match your production expectations of shooting the Shoebill in their natural environment. You will need to have a filming permit from Uganda Wildlife Authority, Media Cards from Uganda Media Council and all permissions. You are required to also pay filming fees of 40% of the activity fees, 15% Monitoring fees on top of the actual activity cost. Then for your filming equipment will need to be temporarily clear them in with customs at the point of entry .Contact us at Great Film Safaris we will be able to process both the filming permits, Uganda Media cards, Accommodation, transportation for you as well guide and help you with clearance processes at the point of entry into Uganda.

Why use Great Safaris to film Shoebill in Uganda?

Great Adventure Safaris is a local fixer company, we assist filming companies and Production agencies in Uganda and East Africa as a whole. We handle all fixer services required with our professional team of local fixers and driver guides. We have all relevant connections with other service providers and government agencies to make sure that accreditation and filming permits are processed in the shortest time possible. Contact Great Adventure Safaris for details and all relevant information you would like to know for filming the Shoebill in Uganda.