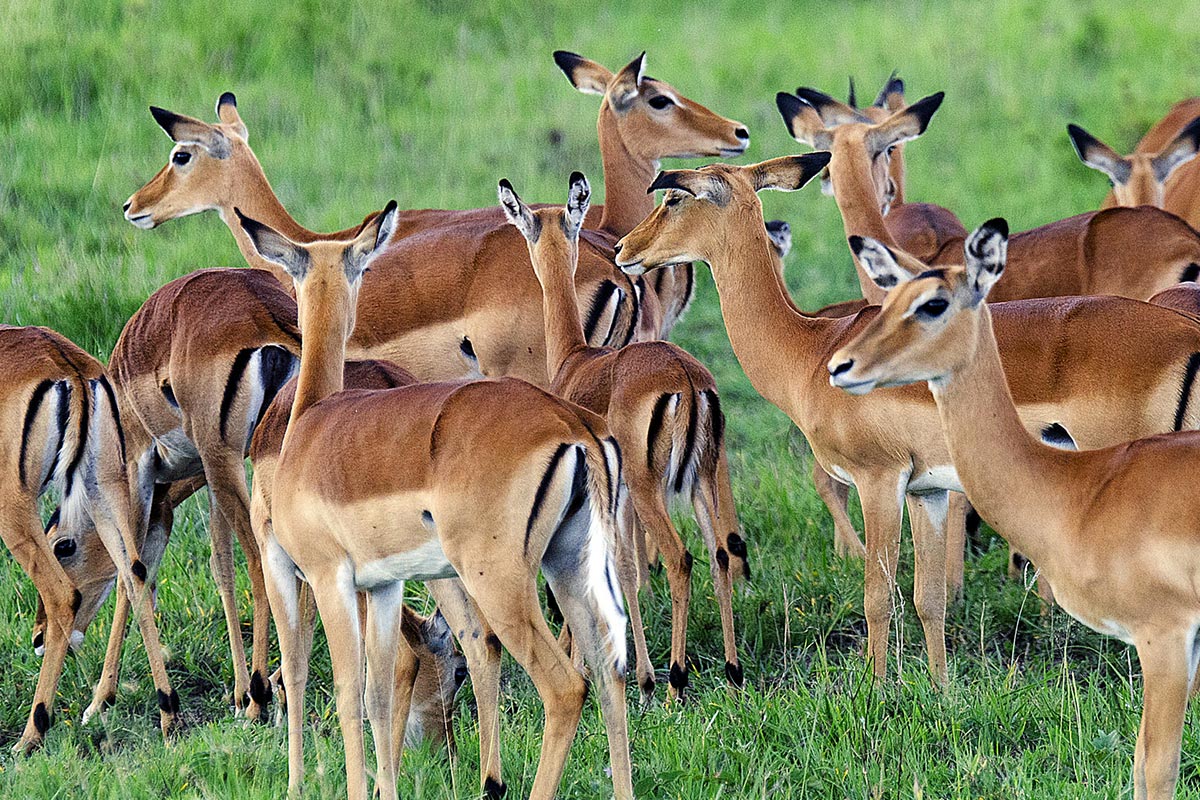 The National Park is easily accessible by road in about a 4-5 hours’ drive from Kampala or Entebbe respectively. The coordinates are: 00 36S, 30 57E (Latitude: 0.6000; Longitude: 30.9500).It covers an area of 260 square kilometers but still the smallest of Uganda‘s savanna National Parks and underlined by ancient Precambrian metamorphic rocks.

Lake Mburo National Park was first gazetted in 1933 as a controlled hunting area and later upgraded to a game reserve in 1963. The area was dominantly occupied by the Banyankore pastoralists commonly known as (Bahima) who continued to keep their cattle and other livestock in the reserve until it was made a National Park in 1983 by the former Ugandan leader the late Milton Obote regime.

Lake Mburo National Park started with a story of two brothers one known as Mburo and the other as Kigarama who lived in the low-lying savannah plains hence making the area traditionally known as Kaaro Karungi. One night Kigarama dreamt that they were to receive substantial amount of rain which would cause flooding and there property destroyed. Kigarama told the dream to his brother but Mburo took it for granted and because in the African society dreams were respected Kigarama decided to leave the area and went in the overlooking hills leaving his brother behind. Finally the dream came true and the area was attacked by heavy rains and it caused flooding leading to the drowning of Mburo with his property and thus the name Mburo and the hills were named after his brother.

Lake Mburo National Park has got a vast ecosystem and nature prevails, in its western region, there are Rocky Ridges and forested gorges, Narrow bands of lush, riparian woodland and much more. Like many lakes this has been an addition to the formation of beautiful sceneries hence attracting many tourists to come and see the hidden treasures of the Park. Lake Mburo National Park is a special place which harbors 68 mammal species though it does not have Elephants and Lions. The fact that there are no Lions; it gives a chance to the tourist to freely move close to the animals and have a close impact with them. The National Park has got a wide range of birds flopping in the sky and some of the birds that are seen in this Park include the rare shoebill, stork, pelican, heron and the endemic African fin foot among others.

Lake Mburo National Park is also gifted with forests which act as habitats to animals in the Park and also help in the influence and formation of rainfall that provides water in the area. The Park has acacia trees, valleys, and grass lands with different types of grass that are fed on by the wild animals. It also has both seasonal and permanent swamps where papyrus grows which gives a good breathing to tourists and it is protected by the Uganda Wild Life Authority.

Lake Mburo National Park has number of activities that can be done by the tourist such as game drive, nature walk, conservation education center, bird watching, horse riding.

Guided nature walk which is conducted on foot with the help of an armed guide who explain to visitors about the various flora and fauna like antelopes of Oribs, Sitatunga, Eland, Zebras, Water bucks and many other wildlife species.

Boat cruise which is done in eastern shores of lake Mburo and can be explored by boat at lake side campsite near Rwonyo, tourist can be able to watch out crocodiles, hippo during the two-hour time and they can also sight variety of birds like Africa fish eagles, African fin foot, Shoe bill stork and many more other species.

Game drive which is done in hinterland of lake Mburo with armed guide who takes you through a drive while explaining to visitors and you can be able to spot a variety of Savannah animals like Zebras, Buffaloes, Impalas, Water buck and many other species.

Horse riding which is conducted around Mihingo lodge inside the Park and Quad biking are conducted by African all-terrain vehicles and tourist can be able to view the Park’s terrain and wild life floras.

The Park has education centers in west of Sanga gate that provides accommodation and an education hall for schools such as seminars, school groups, and workshop.

While at Lake Mburo National Park a tourist can stay in hotels/Lodges like Mihingo Lodge, Rwakobo Rock, Rwonyo Rest Camp, Mantana tented Camp, Mburo Eagles Nest, leopard hotels and many other options where tourist can book accommodation depending on the budget.