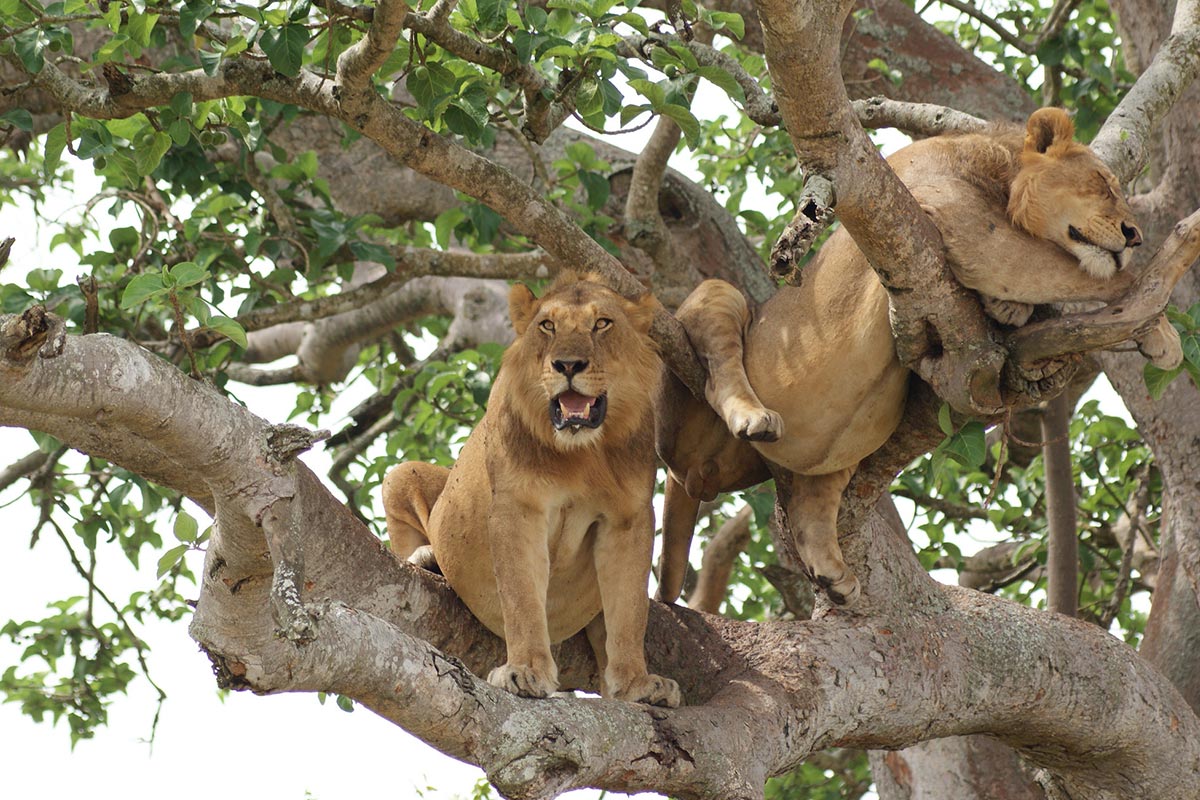 The Park is truly a Medley of Wonders situated in Kasese District of Uganda, this Uganda safari Park has various ecosystems made up of sprawling savannah, shadowy, moist forests, lakes and fertile wetlands, which makes it a good home to various species of wildlife, primates and birds. It lies against the back of the great Rwenzori Mountains with stunning and panoramic views that are made up of various crater lakes.

The National Park is against its magnificent vistas which include dozens of enormous craters carved which rolls into green hills, panoramic view of Kazinga Channel where one can spot hippos, crocodiles, and also tourist can enjoy boat cruise on this natural channel. Ishasha plains the southern sector, surrounded by fig trees where lions climb and hide ready to pounce on herd of prey like Uganda kobs, storytelling and more.Read more about the ishasha sector

This Park has different vegetation covers which include forest like the Maramagambo forest where one can enjoy  Nature walk ,visit the cave and be able to view different types of trees and birding, as well as the Kyambura Gorge where we do Chimpanzees trekking. and many more. It also has the open savanna where most of the wildlife concentrate more as well as water bodies. They are all managed and protected by the Uganda Wildlife Authority a government arm in-charge of Uganda National Parks

Queen Elizabeth can be visited throughout the year which and it activities done by the tourists are always open on any dates. This Park is the oldest National Park that was rename in 1952 by the Queen Elizabeth 11 and it became the UNESCO World Heritage site, its forest plains is at low altitude.

The Park has the following activities done when you visit it and bellow are best attractions which make it popular.

Queen Elizabeth National Park is one of the Park where Chimpanzee trekking is done. This lasts for two-three hours and it is being led by a ranger guide in the Kyambura Gorge  to their main habitat.