What to Expect on Safari in the Masai Mara? 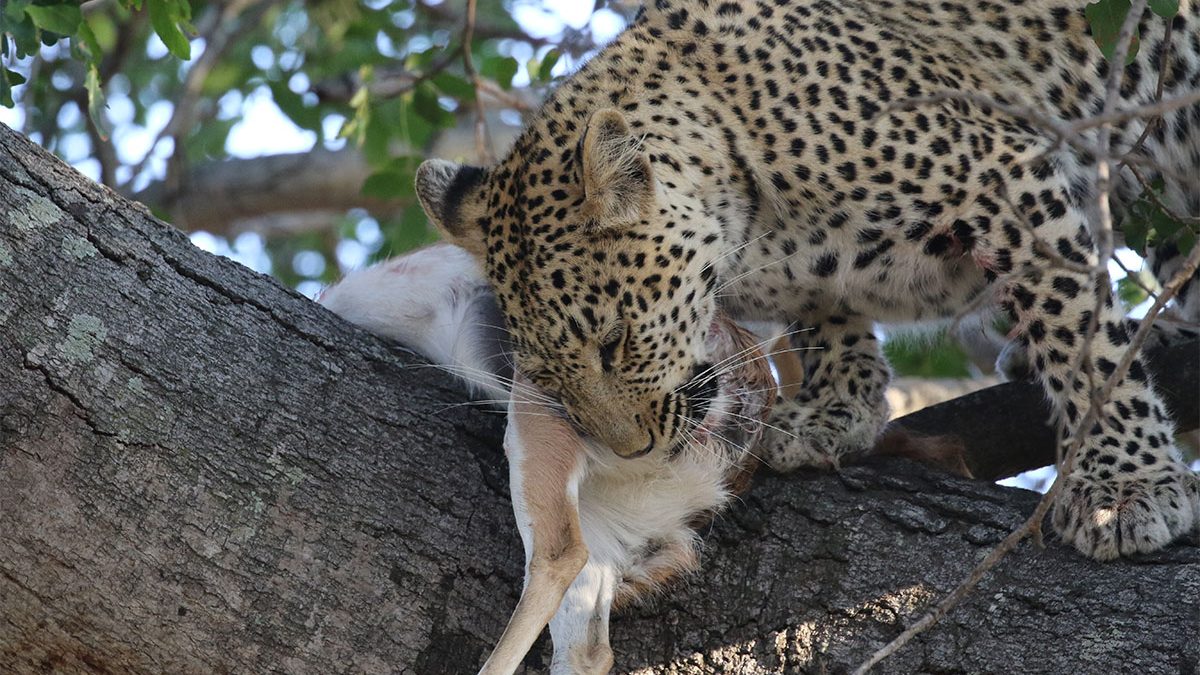 What to Expect on Safari in the Masai Mara? – Masai Mara Kenya Safaris – Big five safari in Kenya

What to expect on safari in the Masai Mara? – The Masai Mara National Reserve is undisputed Kenya’s most famous wildlife destination. Its rock-solid reputation as a must-see for every traveler has been built up over decades and rests on two chief elements: the ease of spotting game and the Great Wildebeest Migration.

The game is easy to find here not only because its numbers are rising thanks to successful conservation measures but also because the landscape is flat and open, allowing you to scan the horizon for a tell-tale ‘lump’ or shadow that turns out to be anything from a topi to a cheetah. This open flatness is also why two million ungulates, primarily made up of blue wildebeest with a smattering of plains zebra, pass through every year in search of fresh grazing, making up what is called ‘the greatest show on earth as you listen to the thunder of hooves from the sound effect of the wildebeest hooves’.

What is the Masai Mara like(topography & culture)?

The Mara has a fairly consistent landscape of open grasslands. This is classic ‘savannah’ country with golden grass, blue skies, and the occasional tree. There is riverine forest along the Mara River but it is unlikely you will bump into it unless you stay there.

There is a steep escarpment that rises up out of the plains – luxurious lodges like Angama Mara have been built here to make the most of the sweeping views (just remember that, the higher you go,  the longer the drive down onto the plains to see game).

The Mara is a national reserve that belongs to the Maasai people (who speak the Maa language) rather than a national park. This means that the land has villages and you will see herders taking their impressive herds of Maasai cattle to drink. Yes, you will see ‘warriors’ (known as ‘moran’) dressed in their traditional red finery, happily chatting on mobile phones and updating their Facebook pages. This is an ancient land but not one where time has stood still.

The Mara North Conservancy is a dedicated private area that borders the reserve. It offers a more exclusive and private game-viewing experience than the reserve and is worth considering if you are keen photographer or avid safari goer.

In the conservancy you can undertake nature walks, night drives and go off-road to get closer to sightings – activities not permitted in the reserve.

What will I see or experience in the Masai Mara?

The mara is a very fruitful destination and: within 20 minutes of starting your game drives experience, you can come across the big five and at one point during your stay, you would be surrounded by a huge herd of buffalo grazing, add Maasai giraffe, sprinting striped mongooses and brilliant birdlife like grey turaco, lilac-breasted rollers, secretary birds and grey crowned cranes, and you have a movable feast.

The Mara and especially the conservancy are very rewarding on game drives. What you probably won’t see unless you are very lucky are rhino. They occasionally venture into the Mara but are so seldom seen than you wouldn’t peg this as a Big 5 destination. All of the other Big 5 – lion, buffalo, elephant and leopard – are here in good numbers though. 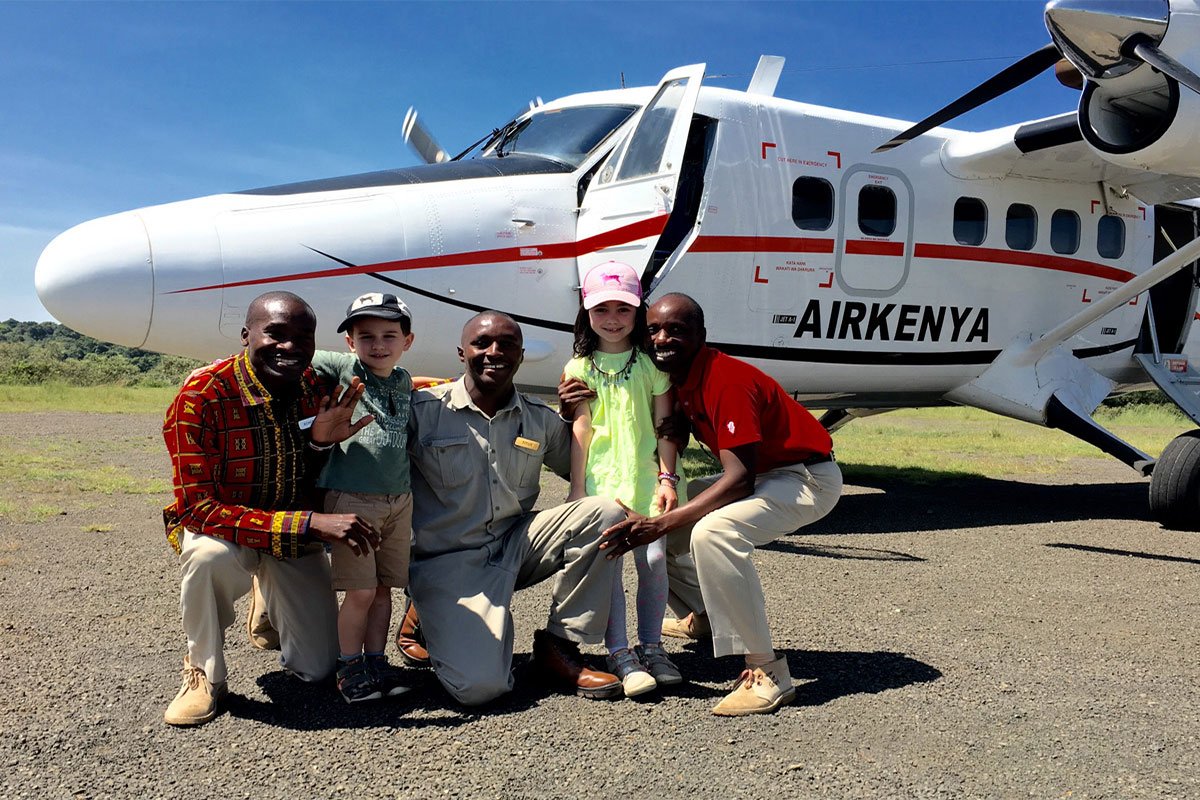 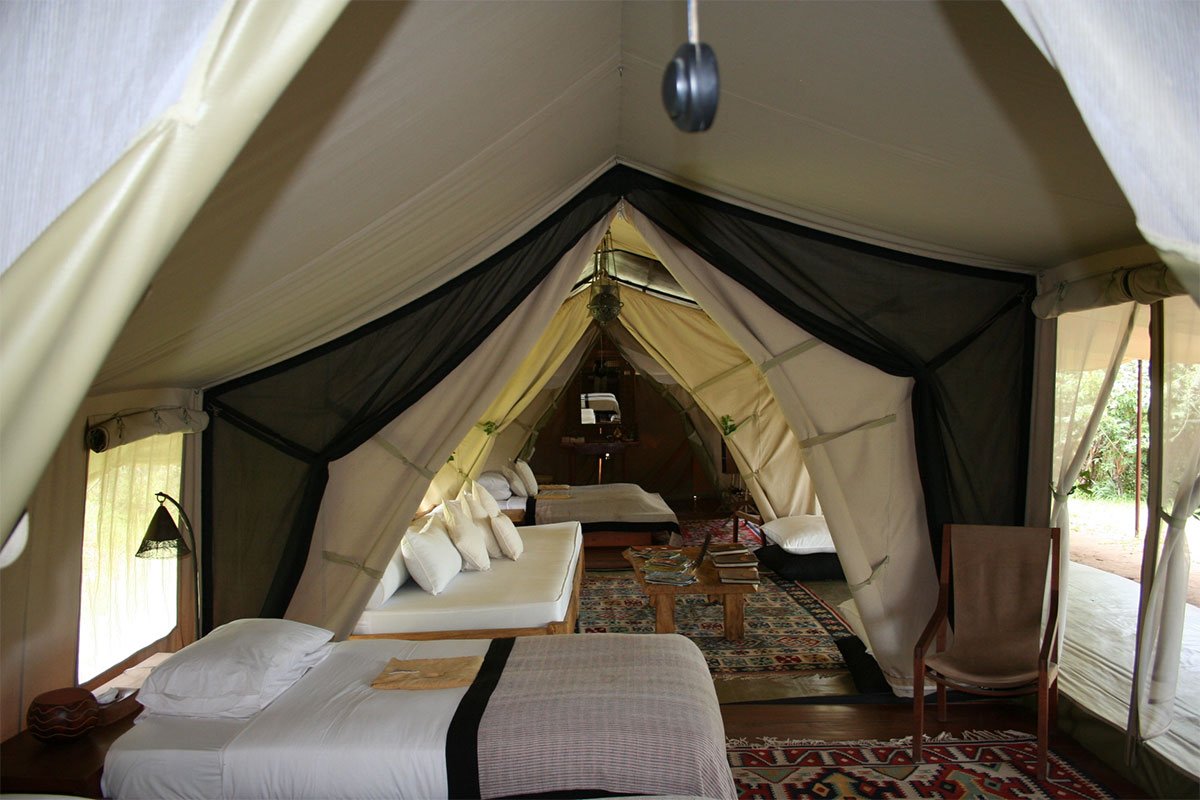 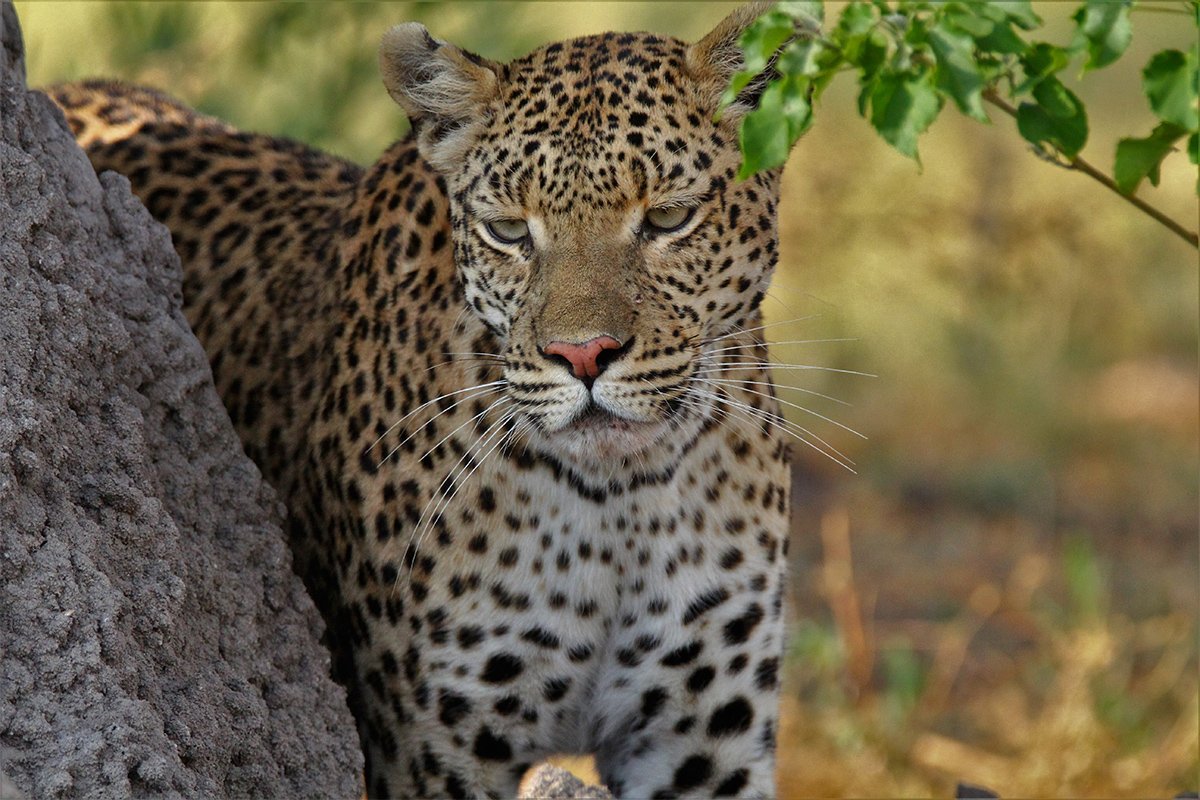 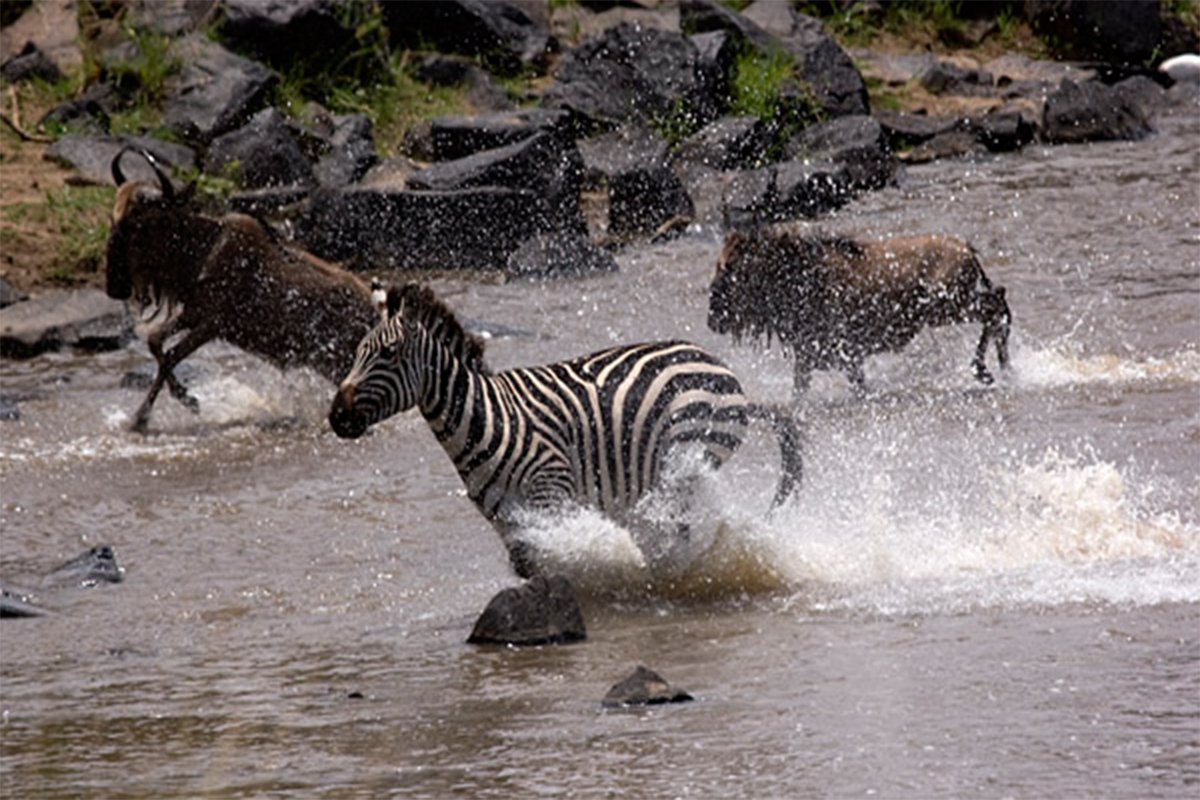 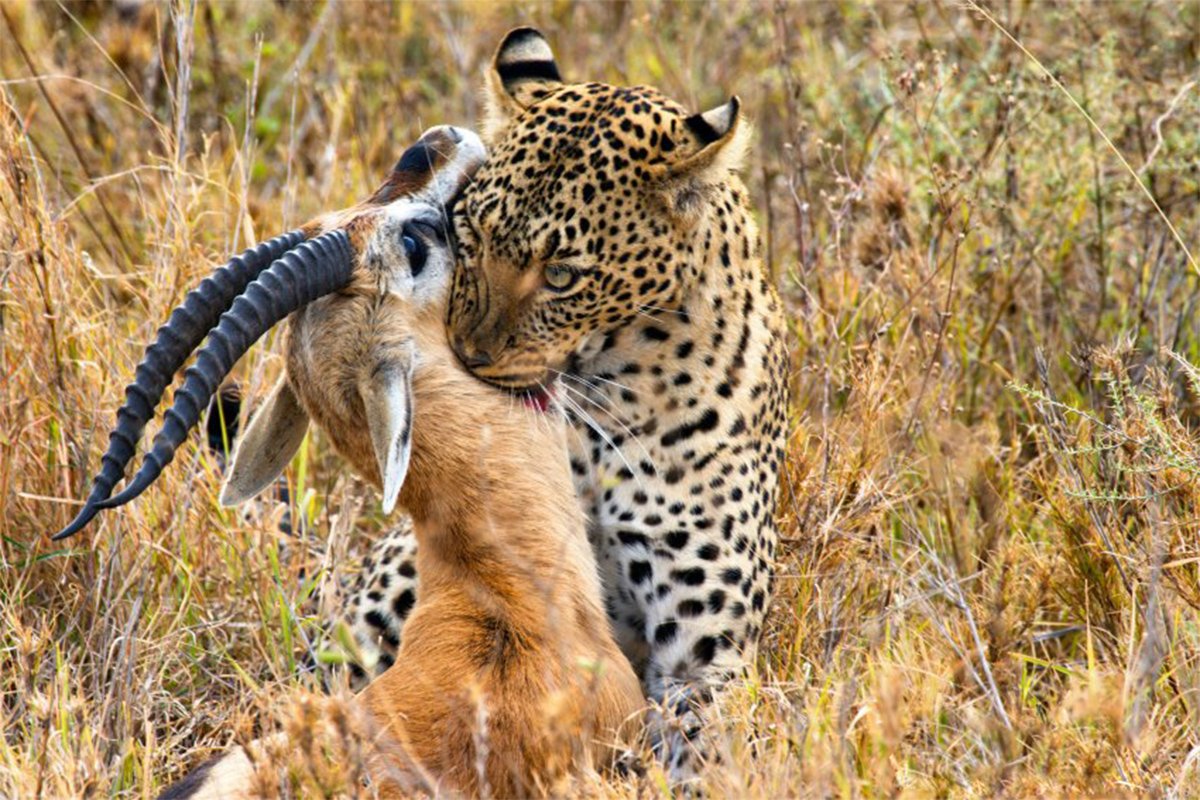 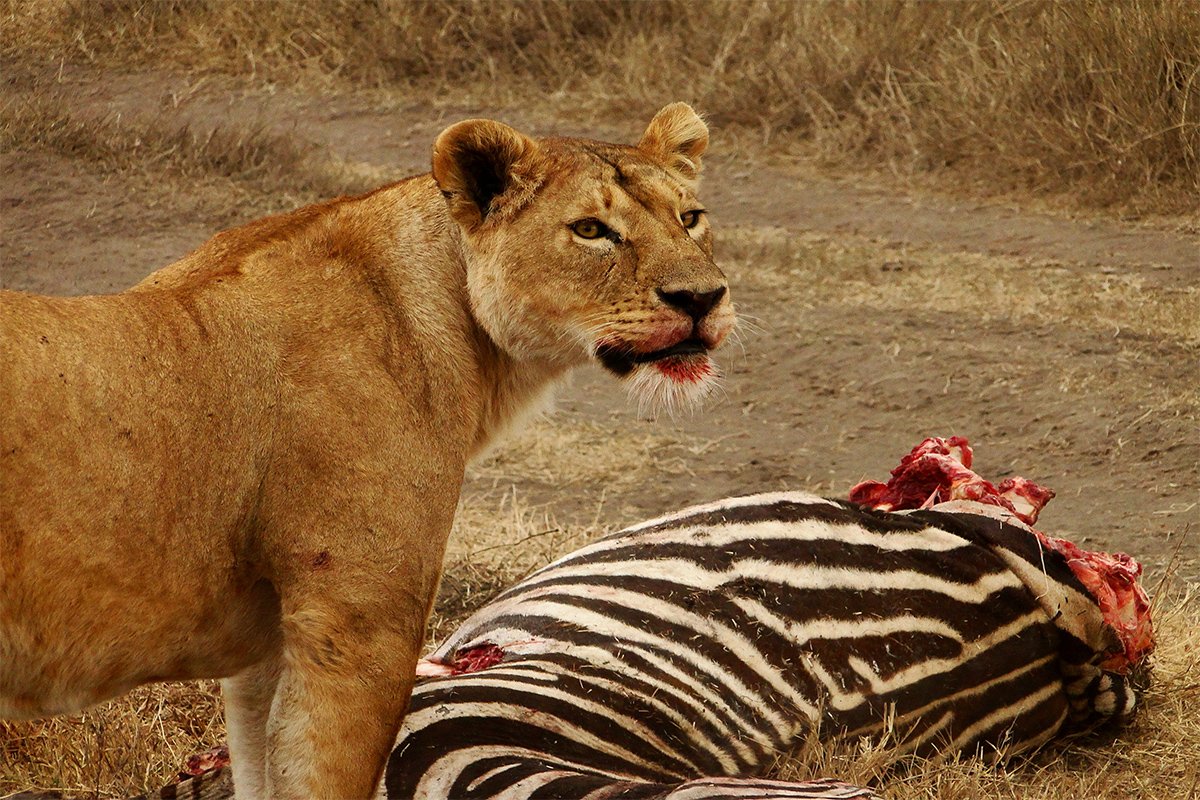 Will I see the great wildebeest Migration?

Like so much in life, this is down to timing. The wildebeest cross the Mara River from the Serengeti in neighboring Tanzania in about August and hang around until about October when they start venturing back down to the Eastern Woodlands. But life isn’t run by clockwork, and early or late rains may speed up or delay events by a few days or even weeks.

For a comprehensive run-down of Great wildebeest migration please read our guide blog and you will get what to expect on safari in the masai mara and Kenya.

If you are serious about seeing the Mara River crossings you need to do two things: book a safari with Great Adventure Safaris as far in advance as possible (there is limited accommodation and it goes fast) and accept that the wildebeest might have other plans. Sometimes they reach the river and mingle for days, keeping guests on the edge of the seats in anticipation of the moment when they finally cross.

The river crossings are not for the fainthearted: if you are squeamish about drowning, broken legs, plenty of anguished is bellowing and crocodiles literally making a killing in the bloody water then think twice about whether this is a phenomenon you or your travel mates really want to see.

Another great way of seeing the Migration is to join a mobile camp that changes its location based on what the herds are doing. Although you will give up luxuries like Wi-Fi, a swimming pool and air conditioning, you will gain proximity and be in the thick of the action – the Migration always attracts large numbers of predators who take advantage of the ample prey.

Is hot-air ballooning over Masai Mara worth it?

A Hot air balloon safari is a classic way of seeing the Masai Mara and appreciating its sheer size and beauty. You will rise before dawn and take off at sunrise to enjoy the ‘spotted land’ coming to life, floating over forest, Savannah and nocturnal game like spring hares dashing back to the safety of their dens before daylight.

Although it is a pricy activity, we take the view that, well, when next will you be in the Masai Mara? When next will you have the chance to take to the sky above one of the world’s most famous wildlife plains? Some travelers might reduce the level of accommodation they choose in order to fit in what is bucket-list experience for many. After all, a bed is pretty much a bed but a balloon safari is something extraordinary.

Should I visit Masai Mara?

The Masai Mara is a place to see in Kenya if you see nothing else. If you are on safari for the first time, then the ease of game viewing will be very rewarding. The logistics are great, the reserve is well-kept and it’s easy to get to via regular flights from Wilson Airport in Nairobi and by road from Nairobi City.

The Masai Mara is an astonishing place. If you are lucky enough to be thinking about going, then don’t miss this privilege. You won’t regret it, contact Great Adventure Safaris now to arrange a safari to Masai Mara National Reserve in Kenya. 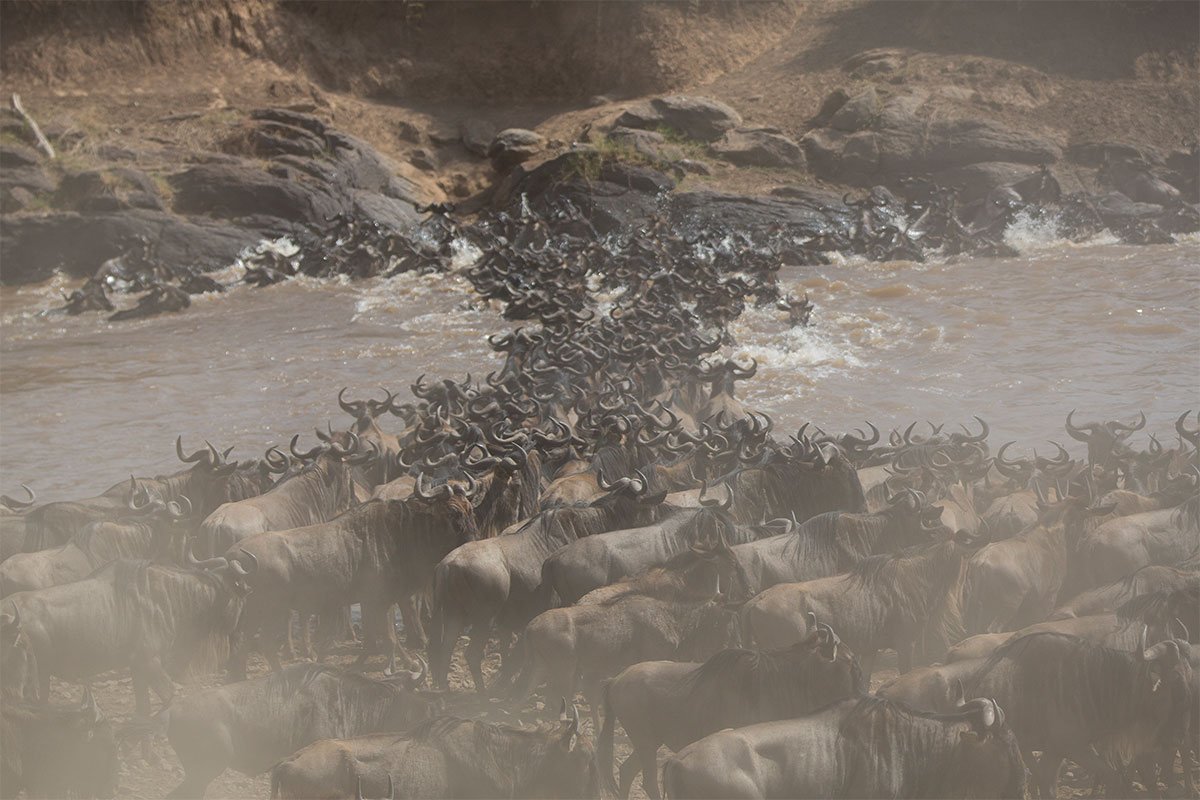 Why you should visit Masai Mara for safari? How many days do I need on Safari in Masai Mara? 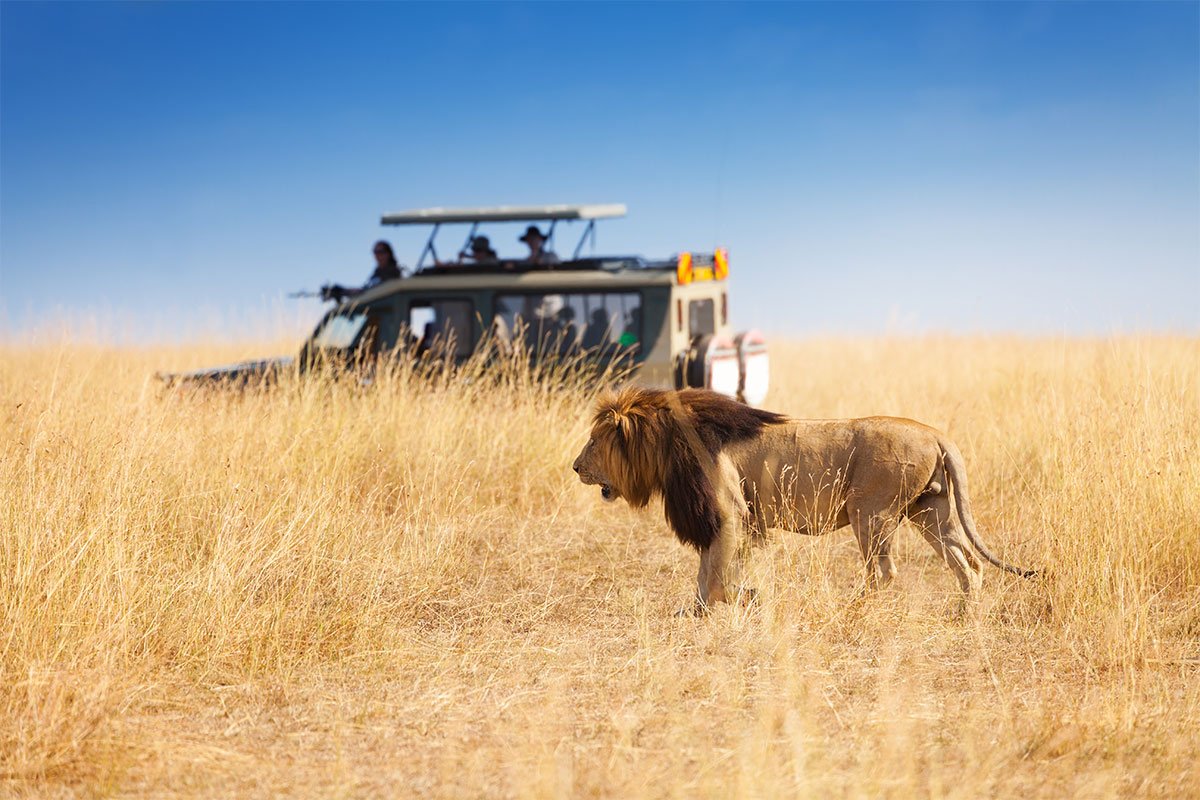 Is Masai Mara safe for tourists? 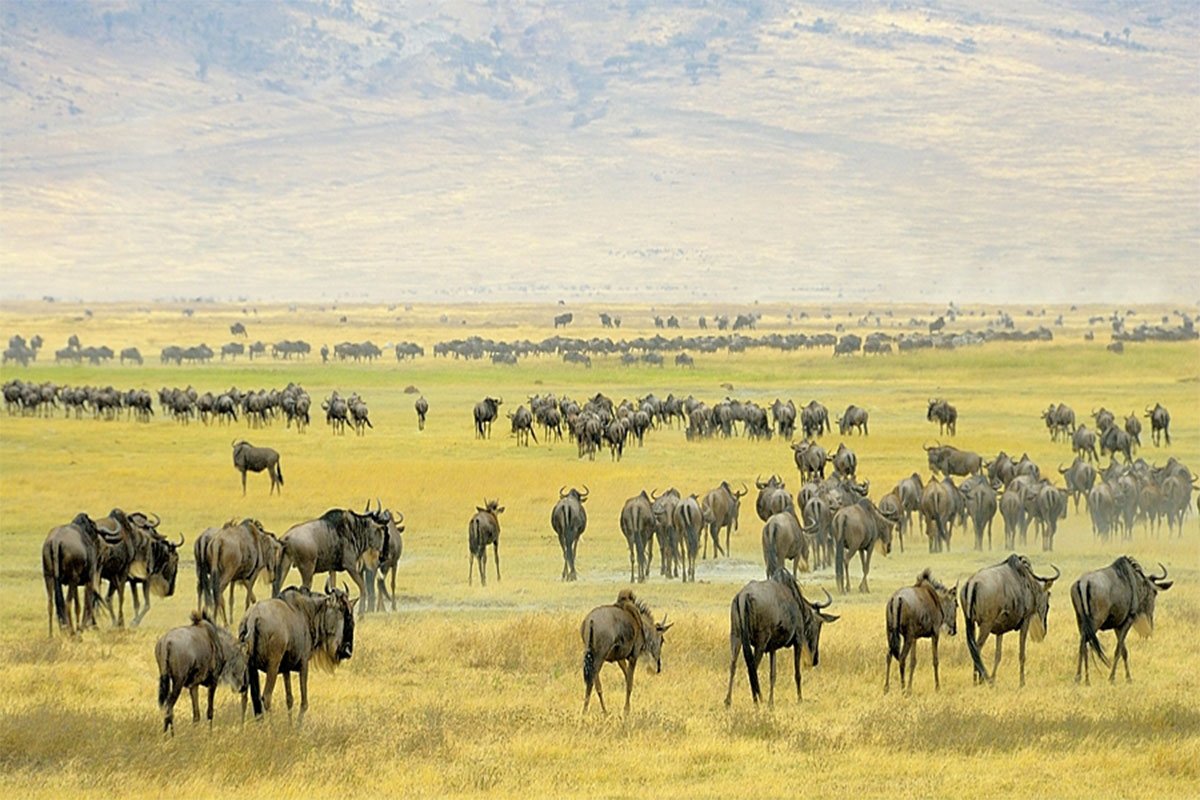 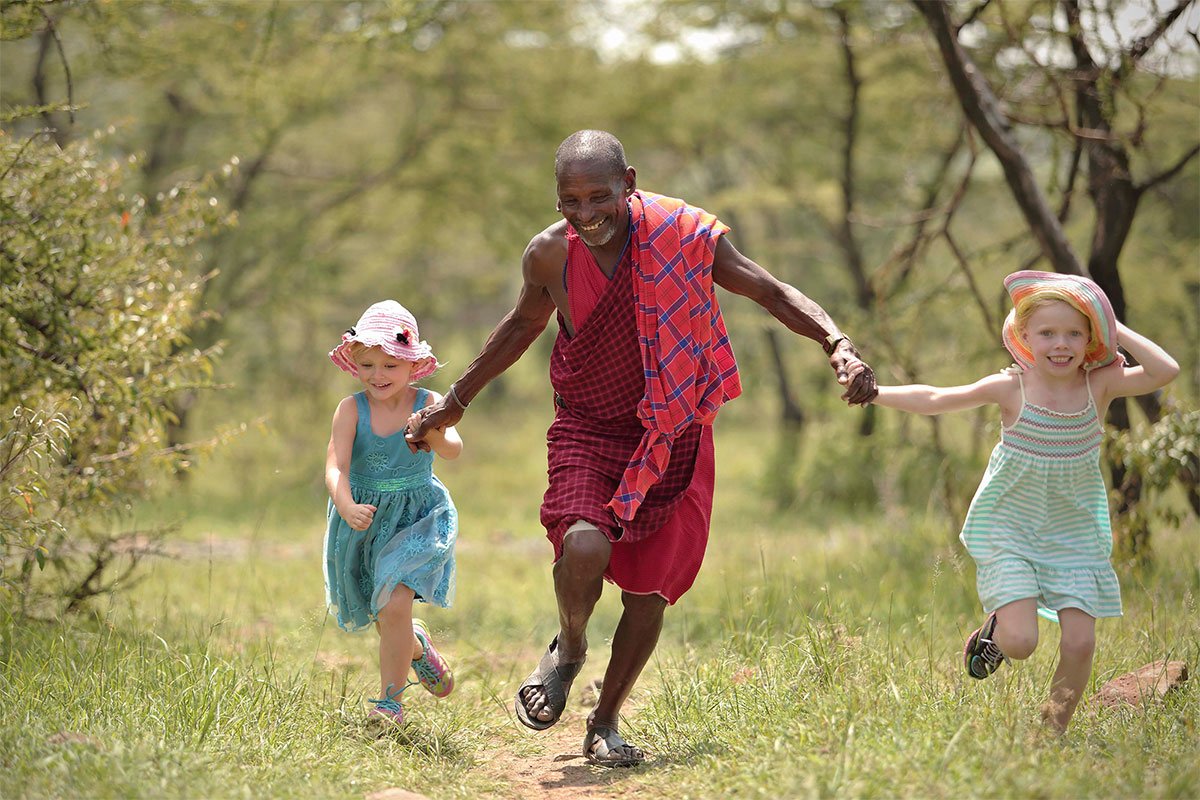 Family safari in the Masai Mara 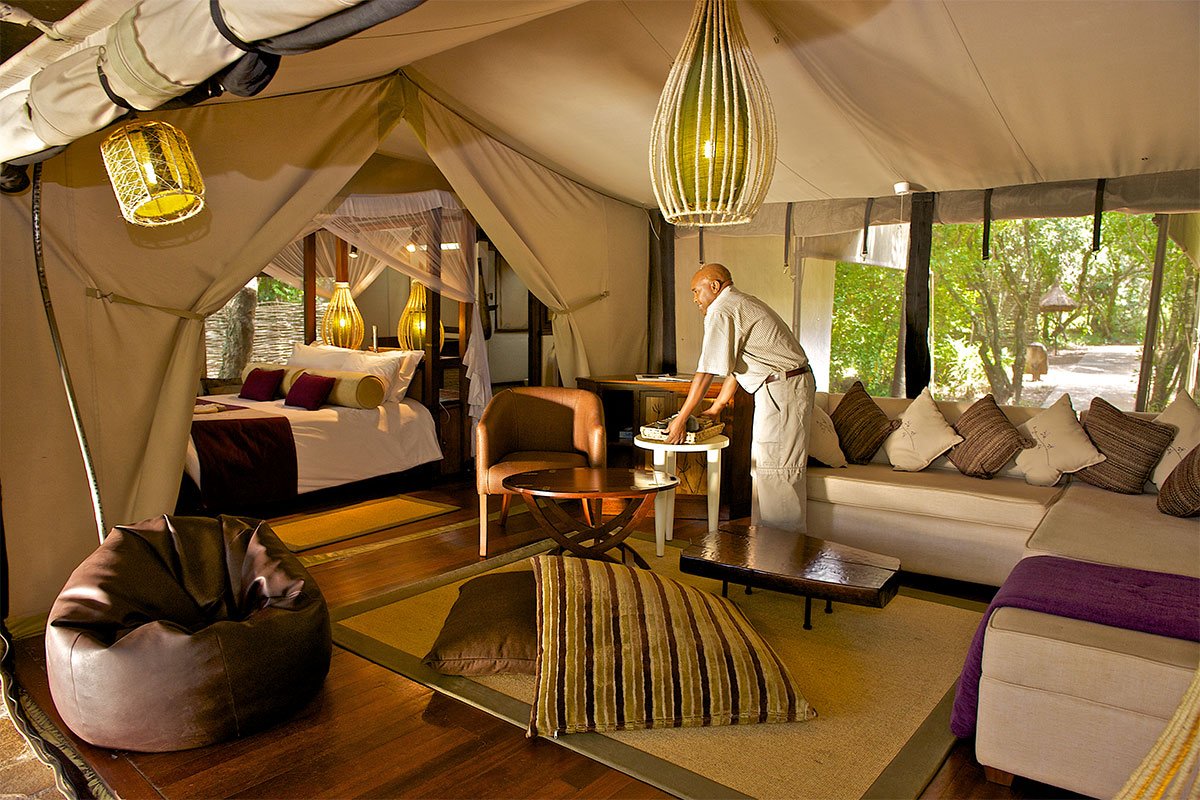