Why is tracking Chimpanzees in Uganda a great experience? 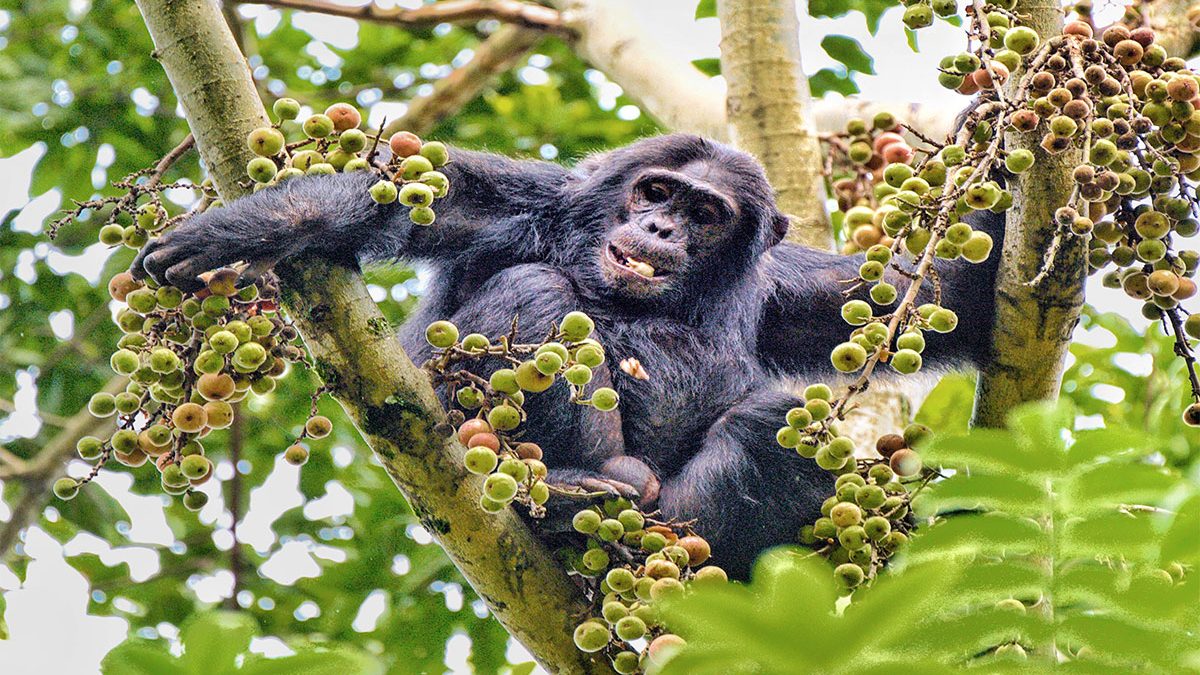 Why is tracking Chimpanzees in Uganda a great experience? – Kibale forest National park

Why is tracking chimpanzees in Uganda a great experience? -On-foot Chimpanzee tracking in Uganda,  may get much less hype in the travel media than endangered Mountain Gorillas, but tracking our closest relative through the African forests is in fact one of the world’s most thrilling wildlife encounters (and it costs a fraction of visiting our larger cousins).

Although there are around 300,000 Chimpanzees left in the Equatorial forests of Africa, observing them in their natural habitat is a rare treat. One of the best places to do so is Kibale Forest National Park in Uganda as its home to five habituated communities that are within easy walking distance.

Chimpanzees live in communities of up to 150 members, which are divided into smaller subgroups and led by an alpha male.  They will typically spend much of their day high up in the treetops, grooming, sleeping, and feeding on fruit, leaves and bark. However, it’s when they descend from the canopy that you will have your best chance of getting close to them.

The Chimpanzees are human’s closest genetic relatives sharing around 98% of our DNA but it was the celebrated primatologist Dr. Jane Goodall who first observed their astonishing human-like behaviour. In the 1960s Dr. Goodall moved in with a community of Chimpanzees in Tanzania’s Gombe National Park, where she was able to prove that Chimpanzees kill and eat small mammals, and can make and use tools, ideas that were completely unknown at the time.

By spending time with the Chimpanzees she eventually taught them to accept her a process known as habituation which is not only fantastic for scientists, but also opens up the opportunity for ordinary visitors to get almost within touching distance of these incredible creatures.

Kibale Forest National Park in Uganda is home to around 1500 Chimpanzees living in 13 communities. Of these, various groups have been successfully habituated; some for scientific study and others, such as the Kanyanchu community, are used for tracking.

The Kanyanchu community, made up of more than 120 individuals, is led by an alpha male named Totti (after an Italian footballer) who took the top job in 2016 after a two-year battle with the previous alpha, Magezi. Visits to the group take place in the mornings and afternoons and typically last 3-4 hours with up to one hour spent with the Chimpanzees. The cost of the tracking permit is USD200 per person per trek.

If an hour isn’t enough for you, then the park also offers a  Chimpanzee habituation experience,  where you will spend more time when you pay USD250 per person per trek following one of two communities currently undergoing the two-year habituation process. You will need to be prepared for a fair bit of brisk walking since Chimpanzees can move fast but it will be worth it for the rewards of a more intimate encounter.

What to expect from your Chimpanzee experience?

If you opt for the half-day, which should provide you with plenty of time to find the group and enjoy a thrilling hour in their company, the adventure starts with a briefing during which you will learn a little about the animals you are about to see, as well as being given some dos and don’ts while in the forest.

Top of the list: avoid getting too close. Not only for your own safety, but also for the Chimpanzees as our colds, viruses and diseases can easily spread to them due to shared DNA. It’s also not wise to imitate their calls. While it might seem fun to mimic them, if you are not careful you might accidentally end up recreating a battle cry and bring 120 angry Chimpanzees down upon you. Once you’ve been briefed, you’re separated into groups of up to seven, each accompanied by a guide, who is armed in case of emergencies. And then it’s time to head into the forest.

Walking through the tangled undergrowth, ducking under low branches and watching your step for twisted roots, you will hike in the direction of where the animals were last seen, all the time listening for their cries in the trees above. With a bit of luck you will soon hear them: that harsh, high-pitched screeching that rises to a crescendo and then fades away again as the family members call to one another. It’s an eerie, thrilling sound, and one that you know means you’re about to meet the stars of the show.

As you follow the direction of the cacophony, you should soon find one of the family’s sub-groups. They may be high up in the treetops, feasting on figs, grooming or playing. But if you’re lucky, some will have come down to the ground, and that is when the real magic happens.

Face to face with Chimpanzees

Why is tracking chimpanzees in Uganda a great experience? – No matter how prepared you are nothing beats that first, up-close, Chimpanzee encounter. That intense buzz of being no more than a few feet away from these completely wild creatures, the thrill of seeing how intelligent they are, with their poses, expressions and interactions that could be almost human. The way they look right at you with their bright eyes, and even pose for your camera, you may wonder if they are enjoying the interaction even more than you are.

The Mountain Gorillas may be Uganda’s most attraction, but coming face-to-face with a wild Chimpanzee is every bit as breathlessly exhilarating. This experience is arguably better, because the terrain is much easier, the forest less dense, the Chimpanzees easier to find, and the price significantly cheaper.  All good reasons why you might want to consider putting the Chimpanzees right at the top of your must-see list.

Kibale Forest National Park is not the only place to see chimpanzees in Uganda; there are also opportunities around Queen Elizabeth National Park and Murchison Falls National Park and in some smaller forest reserves.  But thanks to Kibale Forest’s large population the chance of seeing them is said to be around 90%, which is why it is become known as Uganda’s premier Chimpanzee tracking destination.