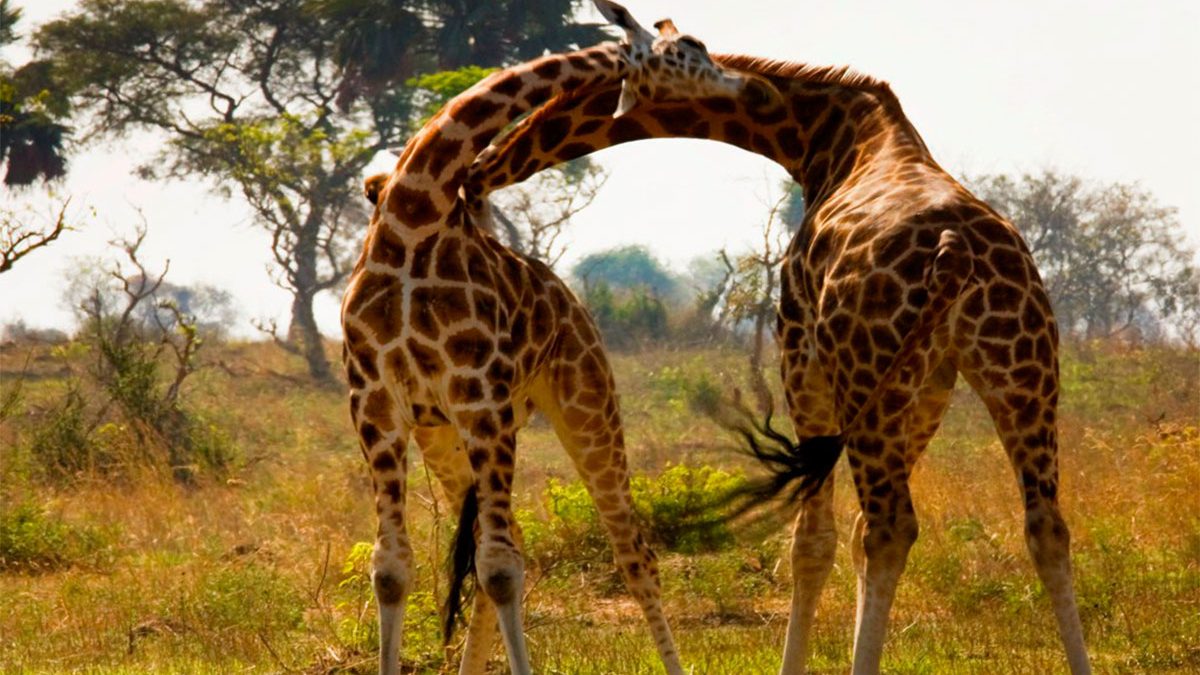 The park is the location of the Murchison Falls, where the waters of the Nile flow through a narrow gorge only 7 metres (23 feet) wide before plunging 43 metres (141 feet).

Also in the park, adjacent to the Masindi-Gulu Highway, are the Karuma Falls, the location of the 600 megawatt Karuma Power Station, which will be Uganda’s largest power station when it comes online circa 2018.

The park straddles the Ugandan districts of Buliisa, Nwoya, Kiryandongo and Masindi the nearest large town, to the Kibanda area of the national park which is about 72 kilometres (45 mi). This area is about 283 kilometres (176 mi), by road, north-west of Kampala, the capital and largest city of Uganda.

Since 2005, the protected area is considered a Lion Conservation Unit. In 2010, it was estimated that only 250 Giraffes were in the park. A population of 37 Rothschild’s Giraffes were transferred from the north side of the Nile River to the south side in 2016-2017, when population was around 1,500

The park is home to 76 species of mammals including four of the “Big Five”, with huge herds of buffaloes and elephants, well-camouflaged leopards and a healthy population of lions. It is also known for its giraffes; in Uganda these can only be viewed here and in Kidepo Valley. Other species viewed regularly along the game tracks include Jackson’s hartebeest, bushbucks, Uganda kob, waterbucks and warthogs. Resident crocodiles and hippos as well as other, visiting wildlife are found along the river.

Olive baboons are common along the roadsides – be sure to keep car windows and doors shut if you don’t want to lose your lunch! Blue and red-tailed monkeys and black-and-white colobus can be found in the forested sectors. The savannah-dwelling patas monkey is only found here and in Kidepo Valley National Park. Around 800 chimpanzees live in the Kaniyo Pabidi and Budongo Forests.