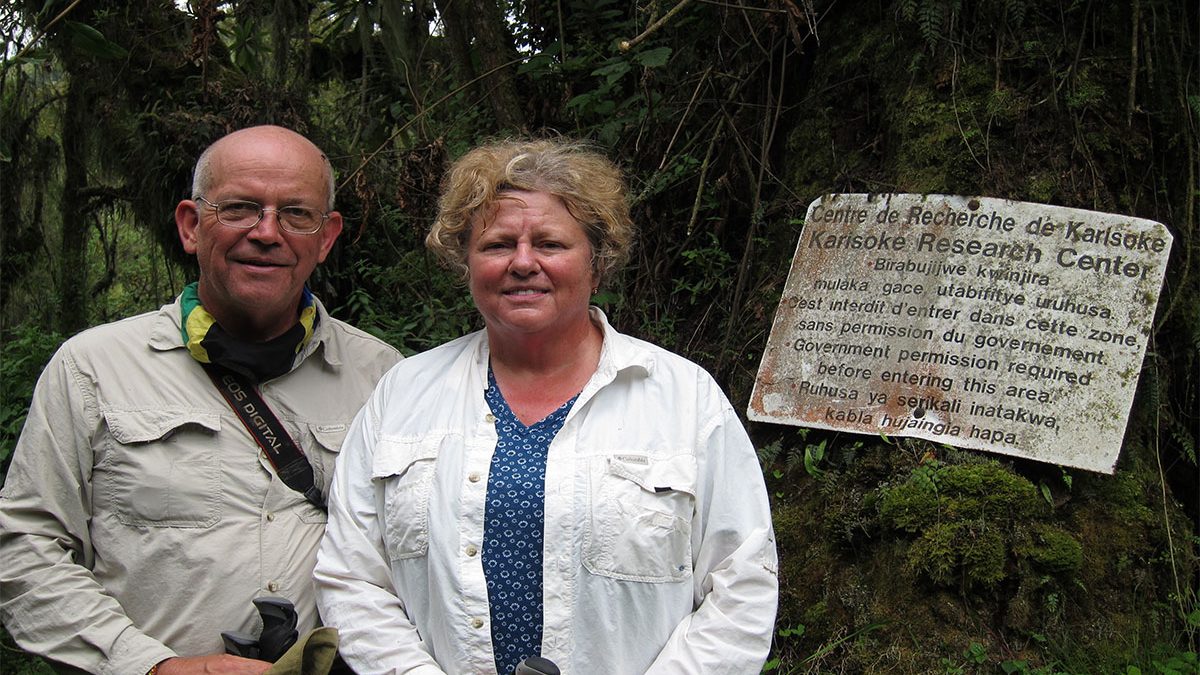 Dian fossy grave hike Rwanda-The hike to the Dian Fossey Tomb is one of the most sought after hiking activities carried out while visiting the Volcanoes National Park for a Gorilla safari. The trek involves a 30 minutes’ drive from the park headquarters to the trail head to access the Karisoke research camp where visitors walk for 10 minutes to the National park boundary. The walk from the park boundary to the research center where the Dian Fossey’s grave is, takes about an hour to 1 hour and a half and affords good views of forest hogs, forest elephants, a variety of primates and many bird species.

This hike is an incredible experience physically, emotionally and intellectually. It is so inspiring to learn about someone who was so dedicated and left a legacy that exists even today. The hike involves moving through the forests and hiking up the slopes and therefore requires some relative degree of fitness and patience. At the site you will find the house from where Dian Fossey was mysteriously murdered in 1985 but the more peaceful is the place where she was buried just next to her favorite Gorilla friend, Digit and about 20 other mountain Gorillas either killed by poachers or suffered death for other reasons.

On several occasions, hiking to Dian Fossey grave yard is one as a complement to other tourism activities in Rwanda which include gorilla trekking, golden monkey tracking, volcano hiking, caving and a visit to Bulere and Buhondo twin lakes.

For more detailed information about Gorilla safaris and Dian fossy grave hike Rwanda contact Great Adventure Safaris and we help you plan your one in a life memory.

This hike aims to give tourists a learning experience about the works of the famous American primatologist and conservationist, Dian Fossey, who dedicated her life to research about the mountain Gorillas. She set up a research camp in the valley between Mount Karisimbi and Mount Bisoke hence the name ‘Karisoke’. Her works to protect the mountain Gorillas and their habitat would lead her into conflict with negative forces including poachers and she was eventually killed. She was buried among the Gorillas near her Karisoke Research Center. The survival of the mountain Gorillas is largely credited to her work and your trek to see the Gorillas will be even more meaningful and exciting after the revealing visit to the Dian Fossey grave site (tomb) and her research center.

She demystified the negative perception of mountain Gorillas as being savage beasts living in the jungles of Africa as she discovered gentle and intelligent creatures. This later inspired the habituation of mountain Gorilla groups for tourists to visit and see up close these amazing apes which were at the verge of extinction. The money collected from the Gorilla tracking and hiking tours in the park is used for conservation activities in the National park.

The hike also provides a wonderful opportunity to explore the park. The trails go through one of the most beautiful areas of the park with rare plant life, stunning views of the Virungas, and sightings of numerous wildlife and the chance of seeing the Gorillas is high in addition to the Golden monkeys and the sought after Albertine rift endemic bird species.

Enjoy the incredible mountain scenery of the Virungas from Rwanda to the Democratic Republic of Congo. En-route you will observe lots of rare plants. The entire Dian Fossey tomb trek takes between 1 – 3 hours depending on your level of fitness. Proper hiking shoes are necessary as the paths are normally very muddy and slippery since it rains most of the times. Also much need is trousers and long-sleeved shirt to protect you from stinging nettles and thorny plants.

The difficulty of this hike can be placed at moderate level and doable by anyone with basic fitness. It is however challenging in wet conditions due to mud. The average altitude of the trail is 2900m to 3000m above sea level.

What is required for Dian fossy grave Hike?

Hiking to the Dian fossey grave is not as much easy as you may know though it not as strenuous asking the volcanoes, but requires on to be physically fit since it’s a bit tiresome to hike on steep slopes. The walk takes about 1-3 hours from the starting point and depends on one’s fitness and ability to hike. Travelers are also encouraged to wear hiking boots to resolve the muddy and slippery grounds particularly during the rainy season, in order to ease the movements. Likewise, dress in long pants, which you will address to stockings to avoid bites from insects on the field and be harmed by stinging nettles.

As with any other popular activity in the Volcanoes National Park, including gorilla tracking golden monkey trekking among others, all participants in hiking to the Dian Fossey Cemetery are expected to have a valid trekking permit, you are also encouraged to carry other relevant travel documents, for clarification, such as passports. Ironically, Dian Fossey Graveyard Hike has a relatively low cost of 75usd which is worth paying for compared to other activities such gorilla trekking which costs $1500 per person. Travelers taking part in this hike, can access the permits on the actual day of hiking at the Karisoke Research center. Join in the Dian Fossy grave yard stroll, and have more satisfying memorable experience on how she lived her life in conservation of the gorillas. 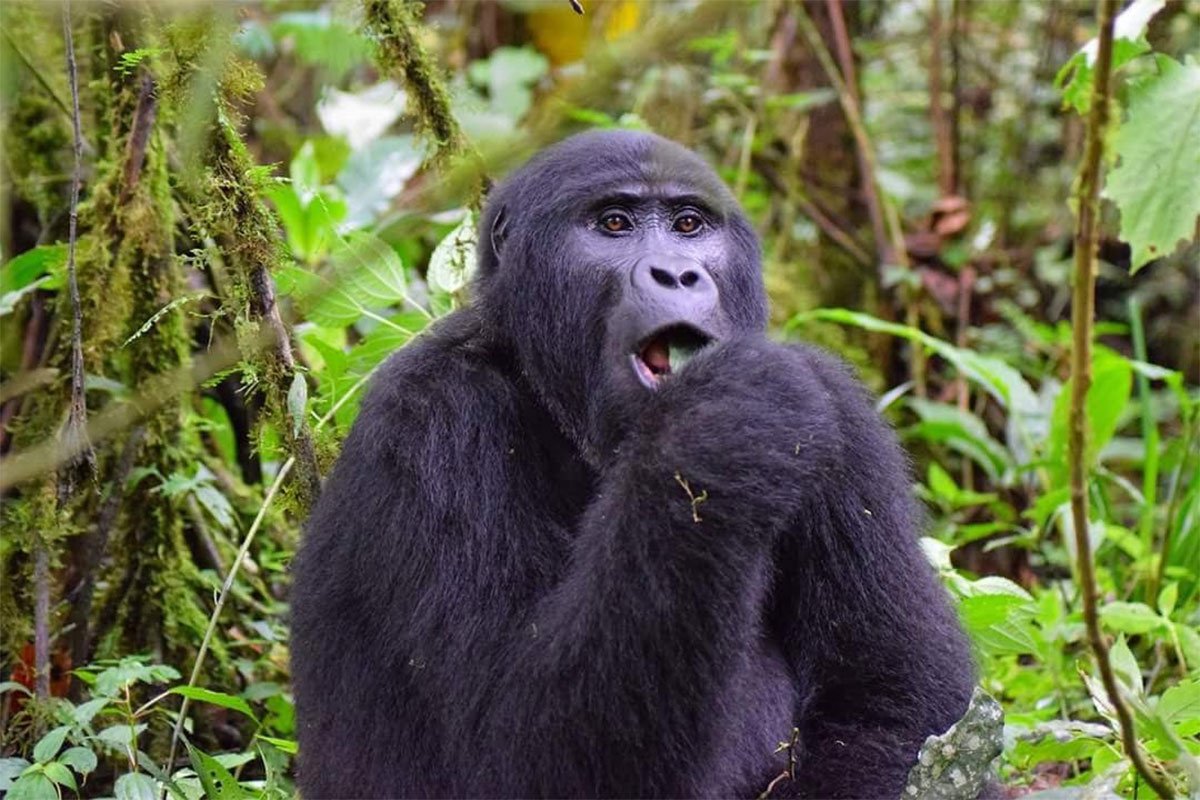 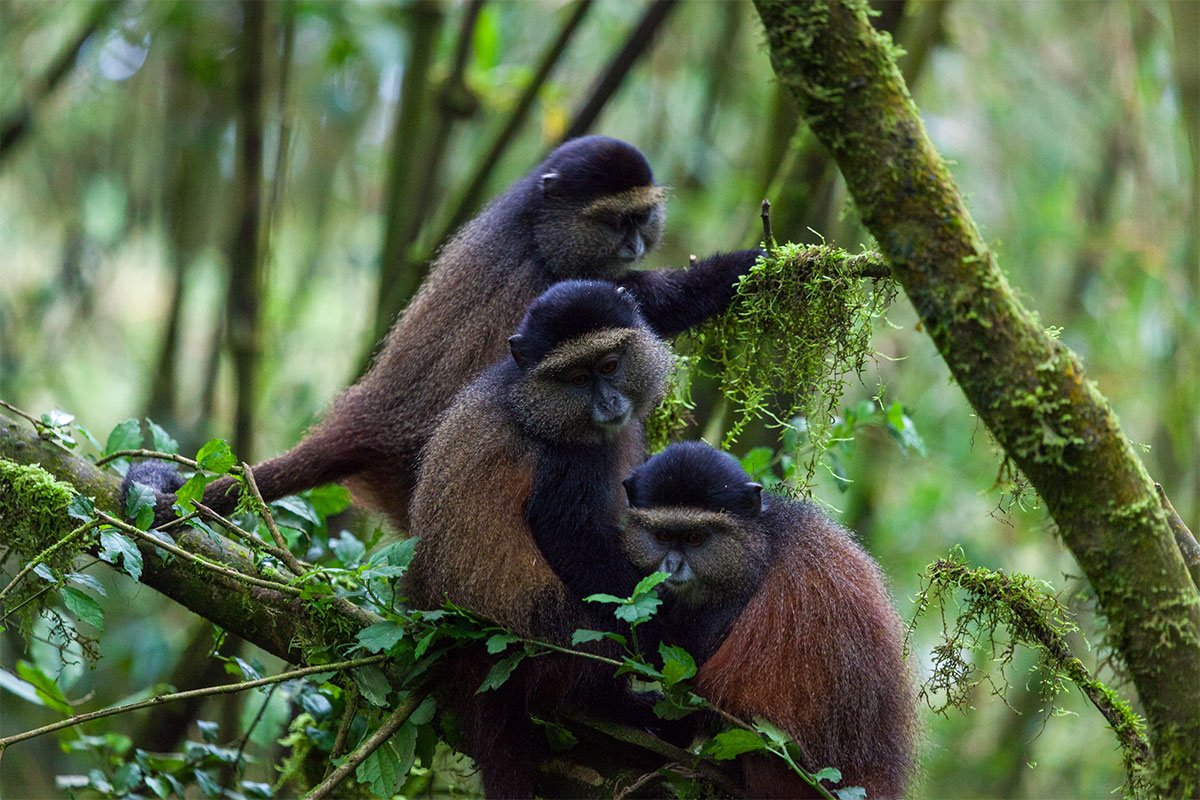 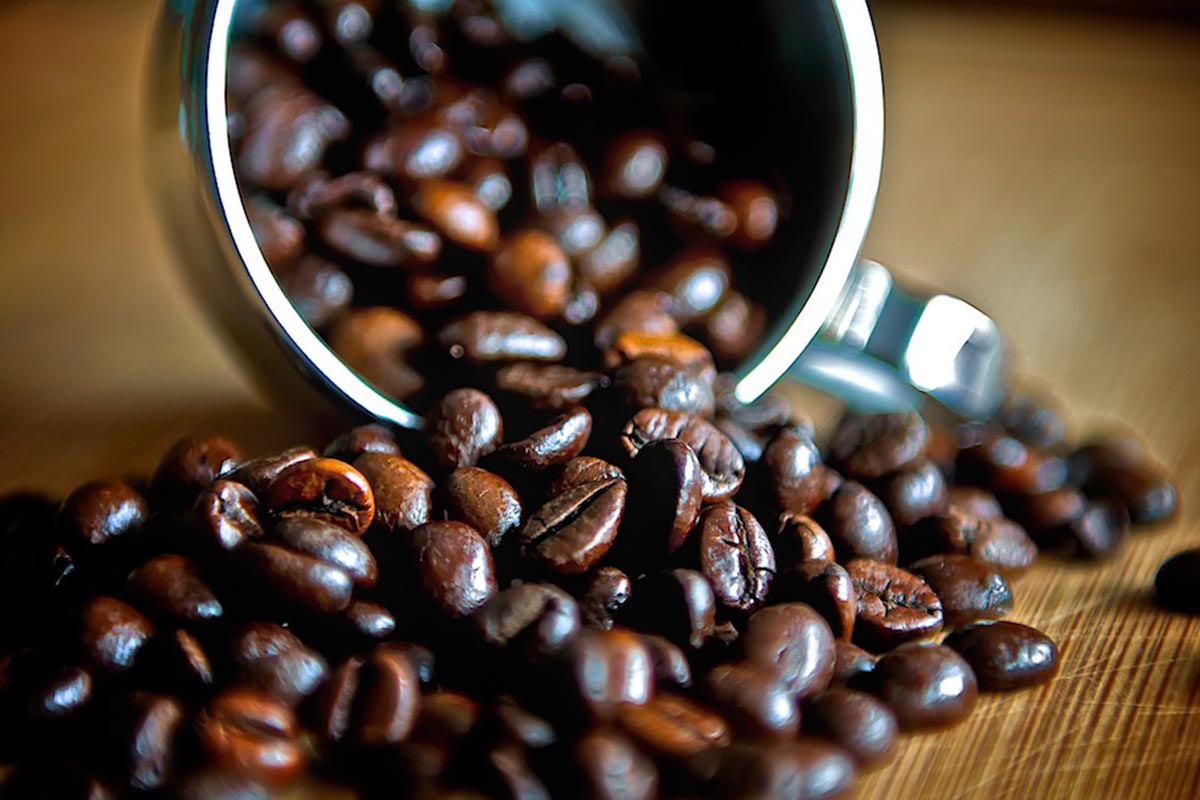