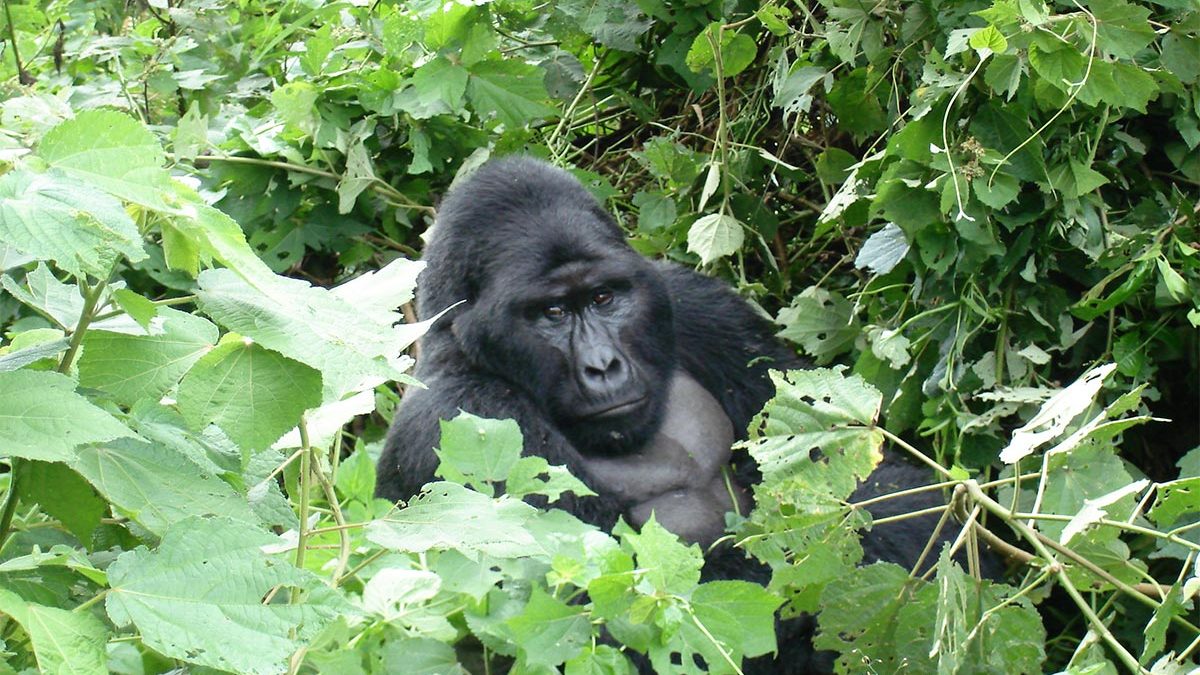 Buhoma Mubare Gorilla Family in the northern part of Bwindi Impenetrable Forest National Park has got a new born baby today on 7th-November-2019. Mubare was the first Gorilla family to be tracked by the tourists in 1993. Kanyonyi was the alpha male and the head of the family not until he was injured after falling down from the tree.

Because of this injury he could not fight for his family and this resulted to losing it to another Silverback called Malaya. After losing his family he stayed alone for some time not until he died and Malaya took over the family. Malaya killed all the juveniles and the babies who belonged to Kanyonyi so that he gains control for the females. The females also let Malaya alone but he went on following them not until he brought them back to form another family. Two females had joined the Rushegura family but after some time he brought them back to his Mubare Gorilla family.

Malaya now the silverback of Buhoma Mubare Gorilla family had two babies with four females and the family has been stable. Today morning of the 7th-November-2019 at around 6:00AM, Karungi one of the females gave birth to a new born baby, Now the family has three babies with one of nine months, a second one of three weeks and the new born of one day as today. Both the baby and mother Karungi are in good health and shape, so it is a pleasure that the oldest gorilla family in Bwindi forest is still existing with continuity.

The Mubare Gorilla Family now has eight members whereby Malaya is the Silverback, Karungi, Nyampazi, Twesiime and Buzinza are the females as well as three babies who are yet to be named.

Great Adventures Safaris is happy to congratulate with you the Mubale Gorilla family in Buhoma, Bwindi Impenetrable Forest National Park upon getting their new born baby, and we do organize gorilla trekking safaris to Bwindi impenetrable National Park. You can contact us for more details and quotation.