Which gorilla family to trek in Nkuringo region on my safari? 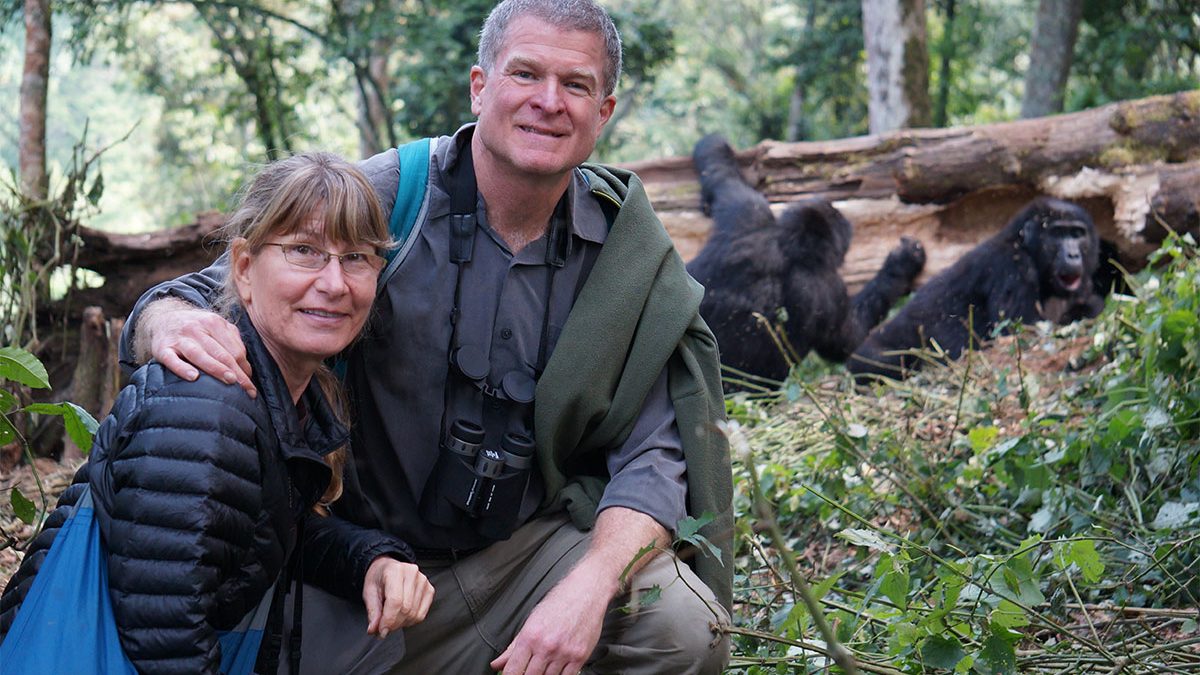 Which gorilla family to trek in Nkuringo region on my safari? – Bwindi impenetrable national Park in Uganda

Which gorilla family to trek in Nkuringo region? – If you choose to do a Gorilla tracking tour in Uganda’s Bwindi Impenetrable Forest National Park, you will be allocated to track Gorillas in any of the park’s 4 sectors. One of these is Nkuringo sector in the south of Bwindi forest which has 3 different Gorilla families.

Tracking Mountain Gorillas in Nkuringo sector offers some of the most challenging Gorilla treks within Bwindi Impenetrable Forest. Nkuringo is a location that you do not want to miss and it is simply an incredible location and the views seem to change all day long from the early morning mist to the sunset in the evening.

Composed of 12 individuals; 1 Silverback who was brutally murdered by poachers in June 2020, 2 Blackbacks, 2 Adult females, 3 Sub-adults, 2 juveniles and 2 infants, Nkuringo Gorilla family is found in Nkuringo tourism sector of Bwindi Impenetrable National Park.  Nkuringo Gorilla family was the first Gorilla group to be habituated in the entire southern sector of Bwindi Impenetrable National Park in 1997. Initially, the group had 19 members but with time a number of members kept dispersing up to the current size of 12 members. Nkuringo Gorilla family is also the first Gorilla group to record the birth of Gorilla ‘twins in December 2004. The group is famously known for foraging outside the park for up to 98% of their time.

Following a number of individual Gorilla dispersals from Nkuringo Gorilla family, a search for their whereabouts was launched in early 2012. It was discovered that one of the former Silverbacks of Nkuringo family, Silverback‘Bahati’ who had dispersed earlier was leading a parallel family. Some of the members in this family were former members of the Nkuringo Gorilla family among other non-habituated members.  What started as a follow-up exercise later led to close monitoring of the behaviour of the parallel family. The group was later habituated and named ‘Bushaho’ after the topo-name of the locality where the group forages most. Bushaho family is still headed by Bahati and is found in Nkuringo tourism sector of Bwindi Impenetrable national park. Bushaho family is composed of 8 individuals; 1 silverback, 1 blackback, 3 adult females, 1 sub-adult, 1 juvenile, and 1 infant.

The sunrises and sunsets at Nkuringo are something you need to experience beyond mere pictures but for yourself there are nature walks such as the Top of the World one, where you look almost endlessly into the Congo explore the local village of Nkuringo and learn the culture and ways of the people all within this incredible setting called Nkuringo.

You can take day Walking Safaris from here to the Buhoma area or to Kisoro via a Lake Mutanda boat ride, of course there is Mountain Gorilla Tracking here you can stay at Nkuringo and track the Nkuringo, Nshongi, Mishaya and Kahungye Gorilla groups, take cultural tours of local village’s, forest walks with guides, Birding and scenic walks, also Mountain Biking. Contact Great Adventure Safaris to know more about which gorilla family to trek in Nkuringo region? with guaranteed gorilla permits.