Why is Rwanda called the land of a thousand hills 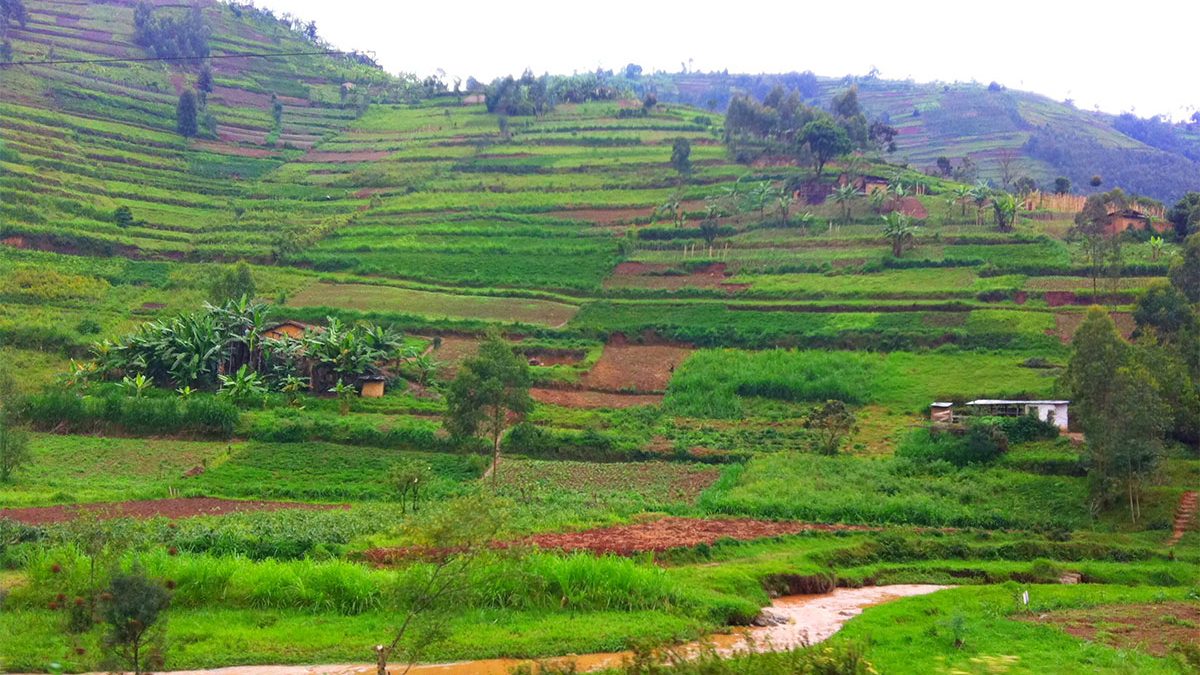 Why is Rwanda called the land of a thousand hills – Rwanda is a landlocked country of a thousand hills situated in East Africa and it covers a total land area of about 26,340 square kilometres. The economic key activities in Rwanda are Tourism, Mining, Agriculture and coffee is one of the main cash crops and it is as well dominated by the service sector. The capital of Rwanda is called Kigali where Kigali International Airport is. The local language spoken is Kinyarwanda and the official languages are English and French.

Rwanda is one of the perfect ideal places to visit in Africa due its natural beauty and wonders such as the endangered Mountain Gorilla, majestic diversities of wildlife as well as the extremely impressive mountain ranges which cannot be compared to those of the Virunga volcanoes located in the north-west of the country.

Rwanda has got a lot to offer to travellers who visit the country; the country is home to exciting water bodies like Lake Kivu which houses extraordinary inland picturesque beaches. Prior to this, it harbours the famous Nyungwe Forest National Park which is a montane rainforest a habitat to a various primate species which are worthy a visit on a Rwanda safari.

Why Rwanda is called the land of a thousand hills – Rwanda is as well known for its interesting history which is still recognized ever since the year 1994 when the country was affected by a brutal genocide which negatively affected the economy of the country. However apparently the country has tried to recover from the wounds of the genocide thus it’s highly promising and very vibrant for its future. The tourism sector in Rwanda has played a significant role in boasting the economy once again.

There is a diversity of distinctive tourism activities that can deliver breath taking lifetime experiences and these are derived from her natural set up. Rwanda is one of the African countries that are home to remaining mountain Gorilla population in world, the rest of the other countries with Mountain Gorillas are Uganda and the Democratic Republic of Congo.

In Rwanda the endangered mountain Gorillas are found in Volcanoes National Park which is a portion of the Virunga volcanoes massif conservation area. The park harbours about twelve habituated mountain Gorilla families. Gorilla tracking in Rwanda is one of the fascinating safari activities which will offer you the most thrilling experience in the African Jungle.

Besides the amazing mountain Gorillas in Rwanda, the country is blessed with an intriguing landscape such as the volcanoes, the Lakes, the mountain ranges, rivers and wonderful forests. Rwanda Gorilla permits costs USD1500 per person per trek.

Chimpanzee tracking in Nyungwe Forest National Park is also one of the interesting activities to enjoy in Rwanda. Nyungwe Forest is located in the southwest region of Rwanda and the park is one of the oldest natural rainforests blessed with biodiversity.

The forest is home to about 12 primates such as the chimpanzees, black and white colobus monkeys, and the blue monkeys among others. The forest also harbours a various types of bird species where 18 of the bird species are endemic and there about 80 mammals in the forest. on you safari to Nyungwe forest, you can enjoy activities like cycling plus hiking through the amazing terrain, chimpanzee trekking which is the main famous activity in the forest, guided Canopy walks and you will have an insight to explore the waterfalls in the area.

Volcanoes National Park in Rwanda is one of the places where Gold meets Silver. The National park is home to the mountain silver Gorillas and the impressive numbers of habituated Golden monkeys. While on your Golden Monkey trek, you will encounter with these wonderful creatures jumping and playing on trees.

Other tourism activities in Rwanda include; a visit to Dian Fossey’s grave, wildlife viewing in Akagera National Park with majestic wildlife densities and visit to the Lake Kivu which is situated in Gisenyi town and to connect to lake, you will drive through rolling hills and mountain ranges of Rwanda and then go through Cyangugu, Kibuye Centre point.  It will take about 4 hours’ drive from Kigali city to arrive at Lake Kivu.

Due the fact that Rwanda is surrounded by volcano mountain ranges plus other indigenous countless rolling hills which will catch your glimpse sight whenever you look around, this is why the country is famously called the Land of a Thousand Hills.