Golden monkey trekking is done in Uganda and Rwanda and if one wants to trek them, he/she will have to go to Mgahinga Gorilla National Park in Uganda and Volcanoes National Park where gold meets silver to give you an everlasting safari experience. In this issue, we will illustrate the activity for those interested in trekking them and can be visited all year round. 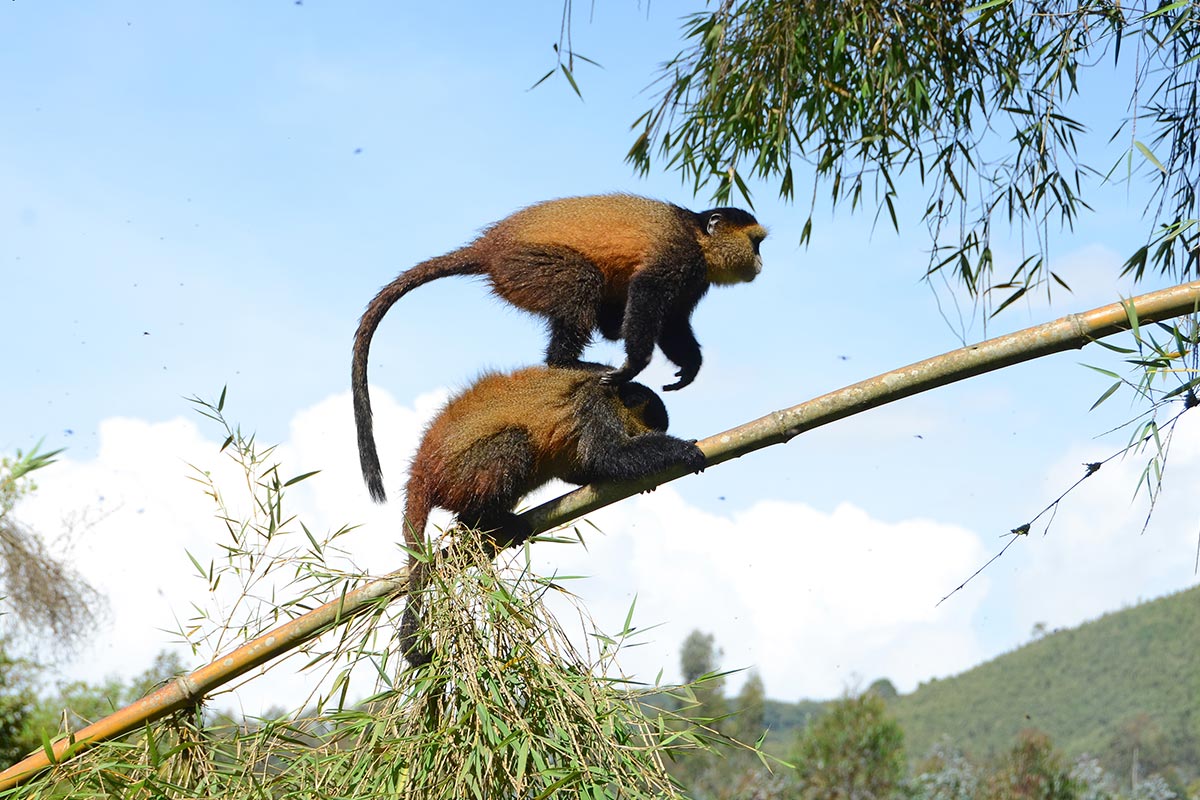 One of Golden monkey trekking factors is at what time does trekking start? Trekking Golden monkey  in Volcanoes National Park begins at 7:00 am just like Gorilla trekking, and in Uganda, it starts at 8:00 am. One is supposed to be at the National Park visitors centre for briefing about the dos and don’ts while with Golden monkeys and thereafter, they trek into the forest to look for them.

The trekking is a one-hour activity. Once you have found the Golden monkeys, you will be allowed just one hour to observe their behaviour, take photographs and then return back to your lodge after your successful Golden monkey experience in Mgahinga Gorilla National Park in Uganda and the Volcanoes National Park in Rwanda. 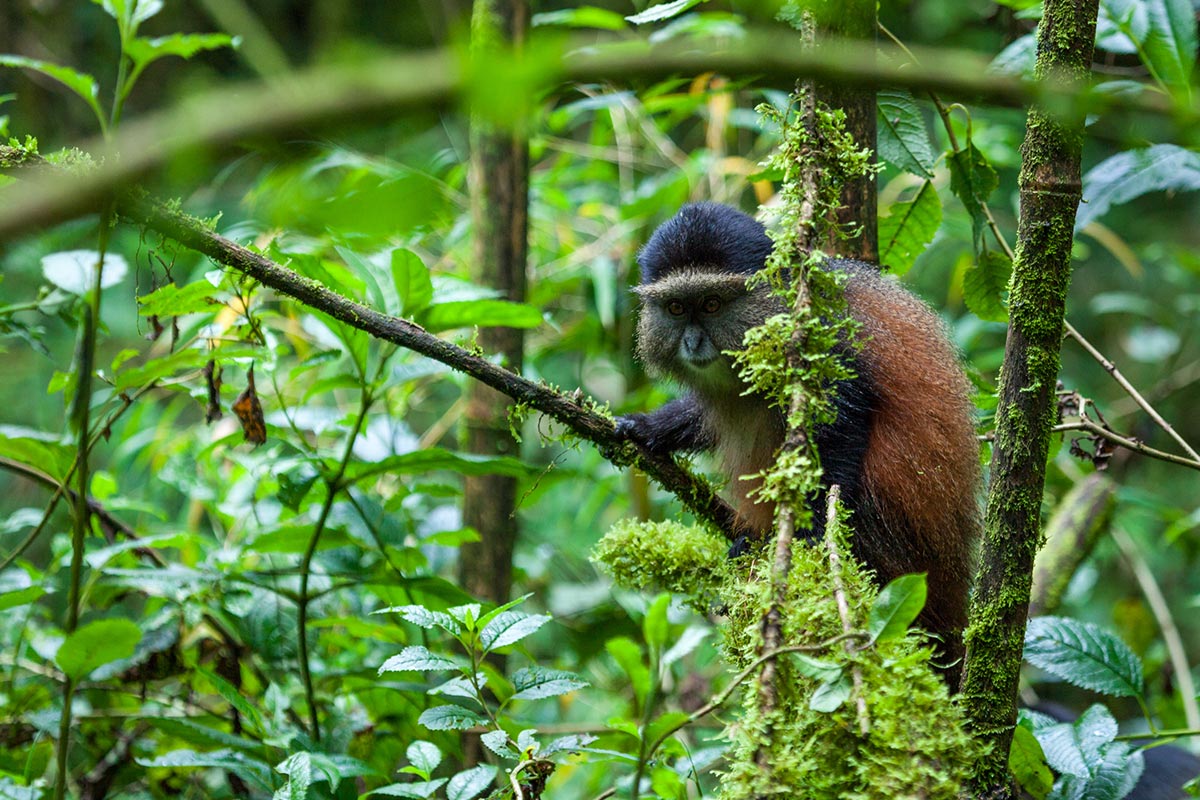 Unlike Gorilla trekking that requires a maximum of eight people per Gorilla family, there is no limitation on the number of people for a given Golden monkey community. A family of Golden monkeys can thus be trekked by as many people as present on a given trekking day in either Uganda or Rwanda.

Trekking Golden monkey permit in Volcanoes National Park of Rwanda costs USD100 per person per trek and USD60 per person per trek in Mgahinga Gorilla National Park of Uganda. This includes Park entry fees, services of a ranger guide, and spending one hour with the habituated Golden monkeys. Golden monkey permits can be booked in advance or on the ground since there is no limit on the people to trek them. Age limit for those interested in trekking Golden monkeys is 12 years much as it is not as strict as Gorilla trekking. Great Adventures Uganda organizes tours and holidays to trek the Golden Monkeys in Uganda and Rwanda and for those interested do not hesitate to contact us.